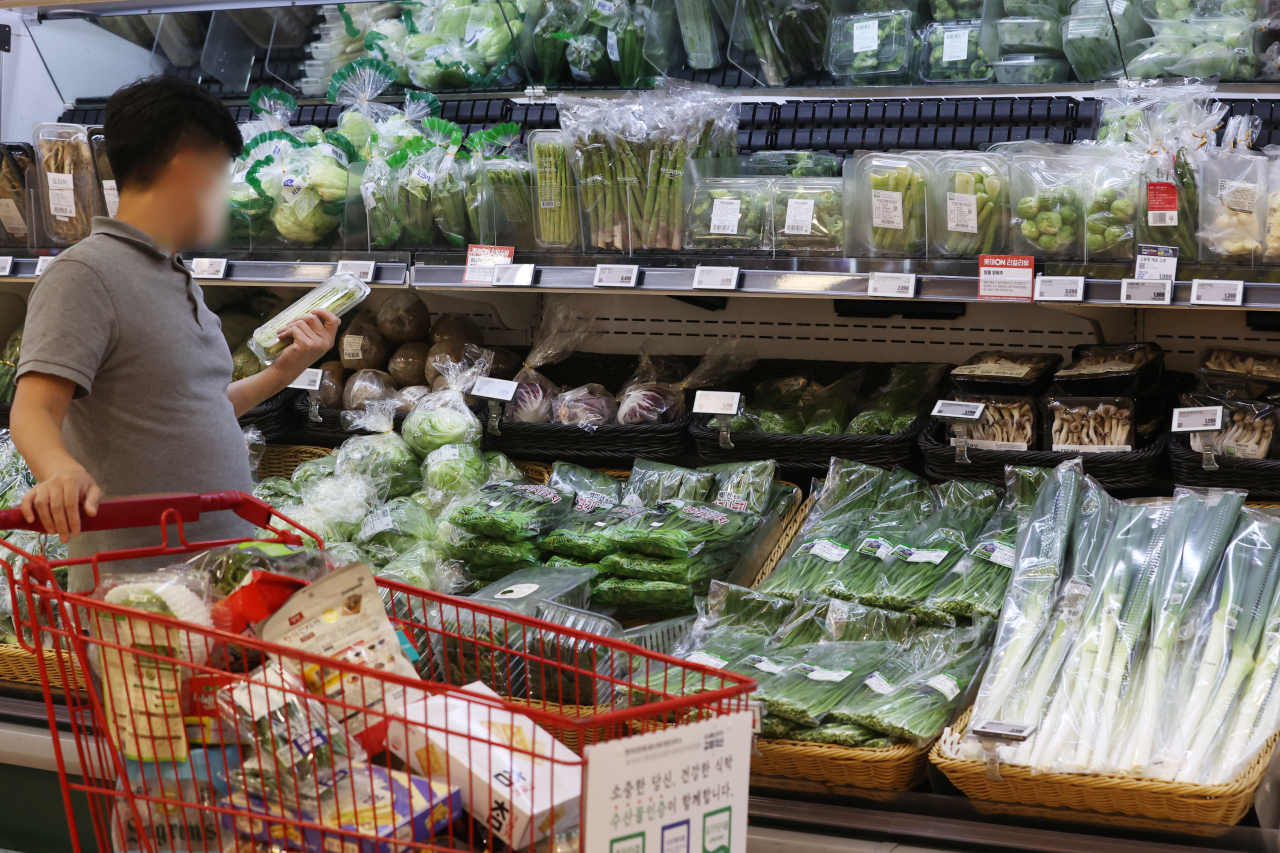 This photo, taken last Friday, shows a citizen shopping for groceries at a discount store chain in Seoul. (Yonhap)

South Korea's consumer inflation is likely to stay in the 5-6 percent range for a considerable period of time amid high energy and food prices and the local currency's sharp weakness against the US dollar, the chief of the country's central bank said Monday.

"Consumer prices are expected to extend their upward growth of 5-6 percent for a considerable period of time," Rhee said.

South Korea's consumer prices grew at a slower pace in August after running at a 24-year high the previous month as global oil prices retreated. But the country still faces high inflationary pressure due largely to an increase in energy and food prices.

The Korean currency on Monday fell below the 1,420 won mark against the US dollar for the first time in more than 13 years during intraday trading amid global tightening.

Rhee said the BOK plans to "actively" take measures to stabilize the foreign exchange market if there is excessive herd behavior in the market.

He said the country was expected to continue to post a current account surplus this and next year despite heightened external conditions.

South Korea's exports have shown signs of weakening due to slowing global demand. The nation is poised to log a trade deficit for the sixth straight month in September for the first time in about 25 years.

A trade deficit is feared to put downward pressure on the Korean won as it means fewer dollars in the market. (Yonhap)