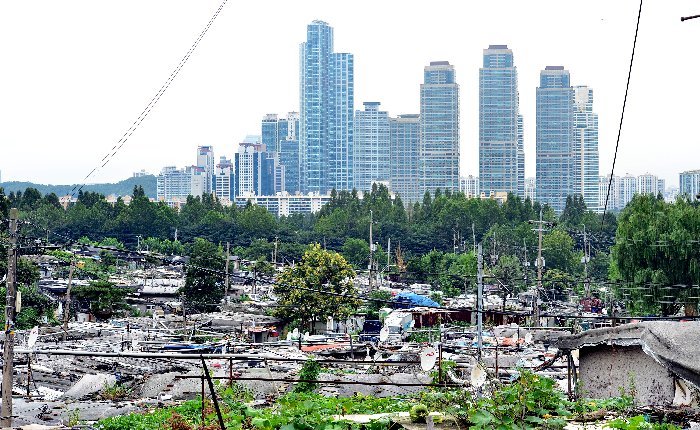 Jason Basulto, a 27-year-old American tourist, visited Guryong Village, one of the last remaining shanty towns in Seoul, in April this year. He had been curious about Seoul’s not-so-shiny side, like the semi-basement homes featured in “Parasite.”

"Urban slums are visible not only in Korea, but in many other countries, because the wealth gap is a global issue. But the scenery of Guryong Village in the middle of high buildings was striking,” he said.

For those who are interested in social issues, the village could be an interesting place to visit, he added.

On YouTube, there are a number of videos that take viewers on a virtual tour of the village, where rows of ragged shacks stand in contrast to gleaming, high-rise apartment complexes just across the road. 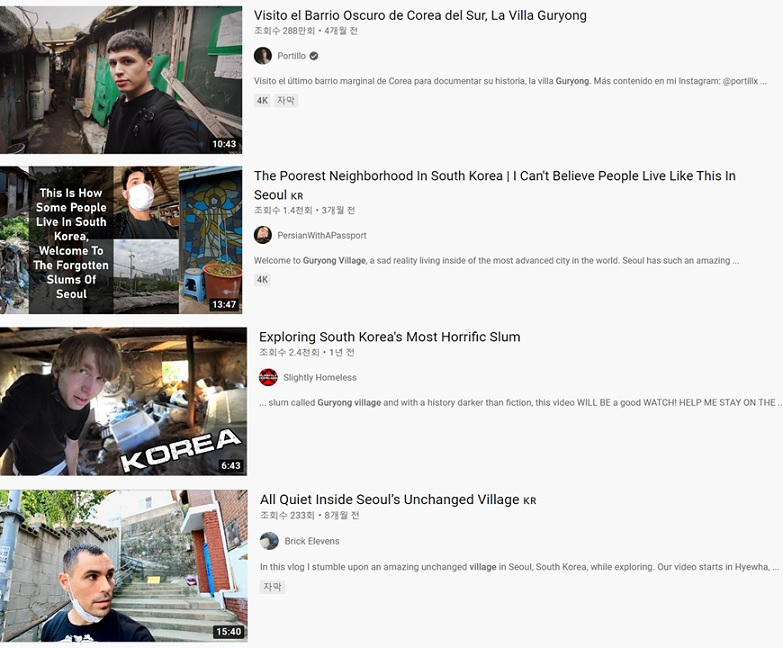 One clip describes the village as “a sad reality inside of the most advanced city in the world.”

In another, a foreign YouTuber attempts to interview residents there, asking them questions like “do you have water and electricity here?”

The comment sections are filled with viewers expressing their surprise at the existence of such a place in the posh Gangnam district.

Situated at the foot of Guryongsan, a hill in Gangnam's Gaepo-dong, Guryong Village is one of the last remaining slums in Seoul, often referred to as "moon villages" here for their location up on the mountainside.

Moon villages started to be formed during Seoul’s break-neck development in the 70s and 80s, during which the poor were pushed out of downtown to make room for tall office buildings and apartment homes. 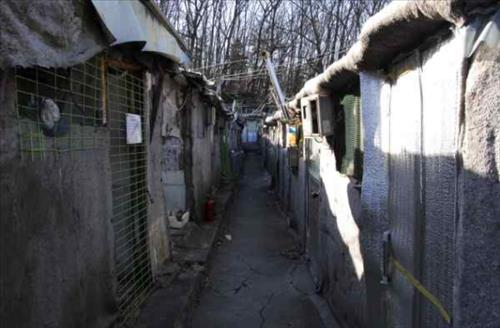 The residents of Guryong are mostly squatters who were evicted from illegal homes in the Gangnam area before a massive building boom turned the area into Seoul’s equivalent of Beverly Hills.

At its peak, the village, which occupies some 320,000 square meters of land, had over 1,100 households. Now, about 600 people are still living there, with 454 households having been relocated as of last year.

After Gangnam property prices exploded, Guryong has drawn much attention as one of the last remaining plots of land for new home construction.

But any plan to develop Guryong has proved tough, due mainly to disputes over compensation for land owners and villagers.

Last June, the city government approved a city-run housing developer’s plan to build 2,838 new homes there, some 1,107 of which will be allotted to low-income households.

The Seoul Housing & Communities Corp., the developer, offered public rental homes for the would-be evictees, but villagers rejected it, demanding they each be given a unit of the new apartment complexes that would be built there -- each likely to be worth millions of dollars.

The newfound interest in the Gangnam shantytown comes amid a global craze over Korean TV dramas and films which often share an element of social critique, depicting Korea as a society with a deepening economic polarization, injustices and other issues.

The dark tale of Netflix sensation “Squid Game,” for example, has 456 desperate Koreans putting their lives on the line for a chance to win a fortune in a criticism of inequality and brutal competition in today's Korea.

The Oscar-winning film “Parasite” did not just put Korean cinema in global spotlight. It also brought media attention to the poverty issue and the divide between the have and have-nots here.

Along with “banjiha” semi-basement homes, Guryong Village has somehow become a symbol of the Korean wealth divide, a place where real-life aspects of the dystopian Korean shows can be found.

Some villagers expressed discomfort with the attention.

"Our village is not a tourist spot or filming site. It's a living place for us. Our livelihoods shouldn't be used to draw attention from people," said one of the residents, who wished to remain anonymous, in an interview with a local newspaper.