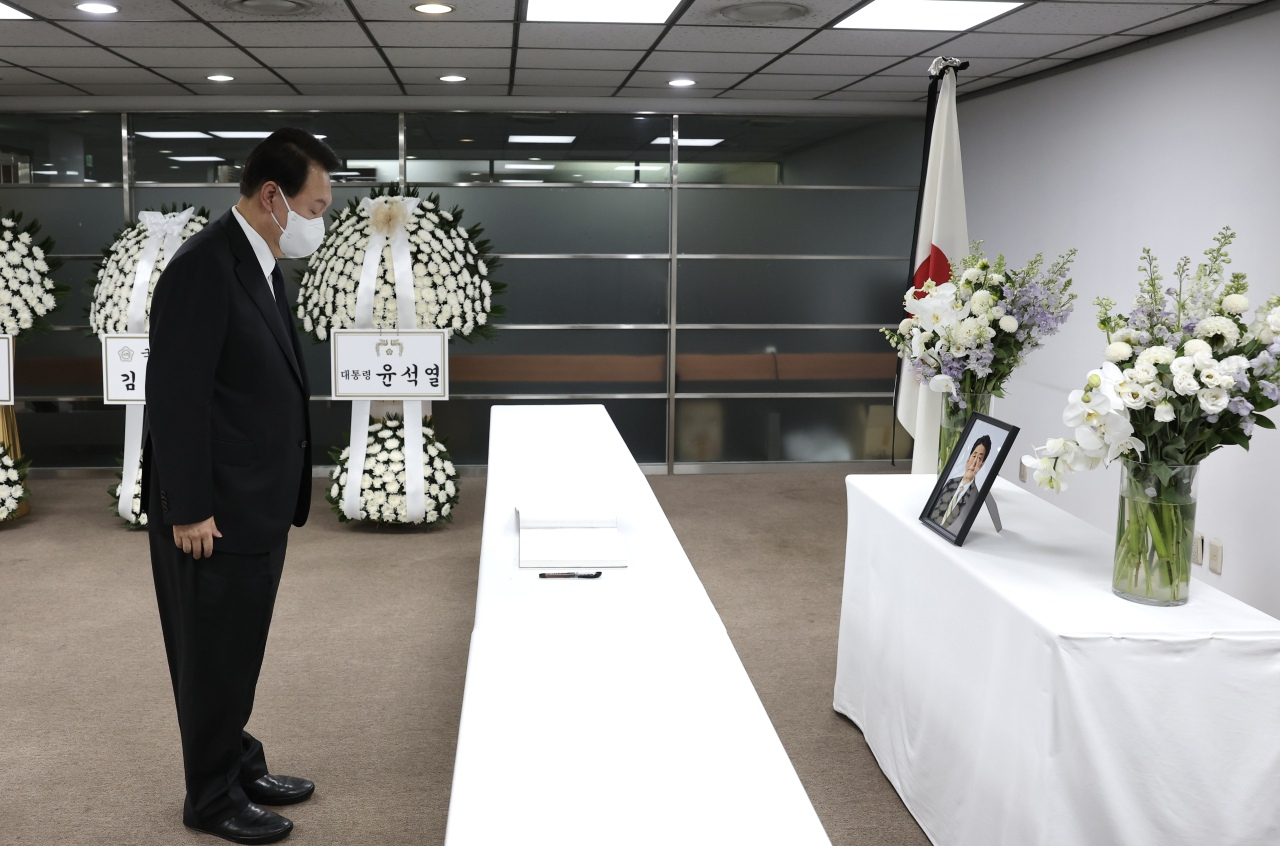 Chung will make the three-day trip to Tokyo, leading a group of lawmakers from the ruling and opposition parties belonging to the Korea-Japan Parliamentarians' Union aimed at increasing parliamentary exchanges between the two countries.

Eight lawmakers are traveling with Chung.

Later Monday, Chung's delegation plans to meet with the leaders of Japan's main opposition Constitutional Democratic Party and Komeito, the junior coalition partner of Japan's ruling party, and have a dinner meeting with Japanese members of the Japan-Korea Parliamentarians' Union.

On Tuesday, Chung plans to attend Abe's funeral in his capacity as head of South Korea's government delegation, together with Prime Minister Han Duck-soo. The rest will not attend the funeral.

Chung said he and Han plan to hold meetings with Japanese Prime Minister Fumio Kishida and US Vice President Kamala Harris in Tokyo. He did not elaborate on specific details of the meetings.

This marks Chung's first visit to Japan since becoming head of the parliamentary friendship union.

"I will do my best to improve the two countries' relationship," Chung told reporters at Gimpo International Airport before leaving for Japan.