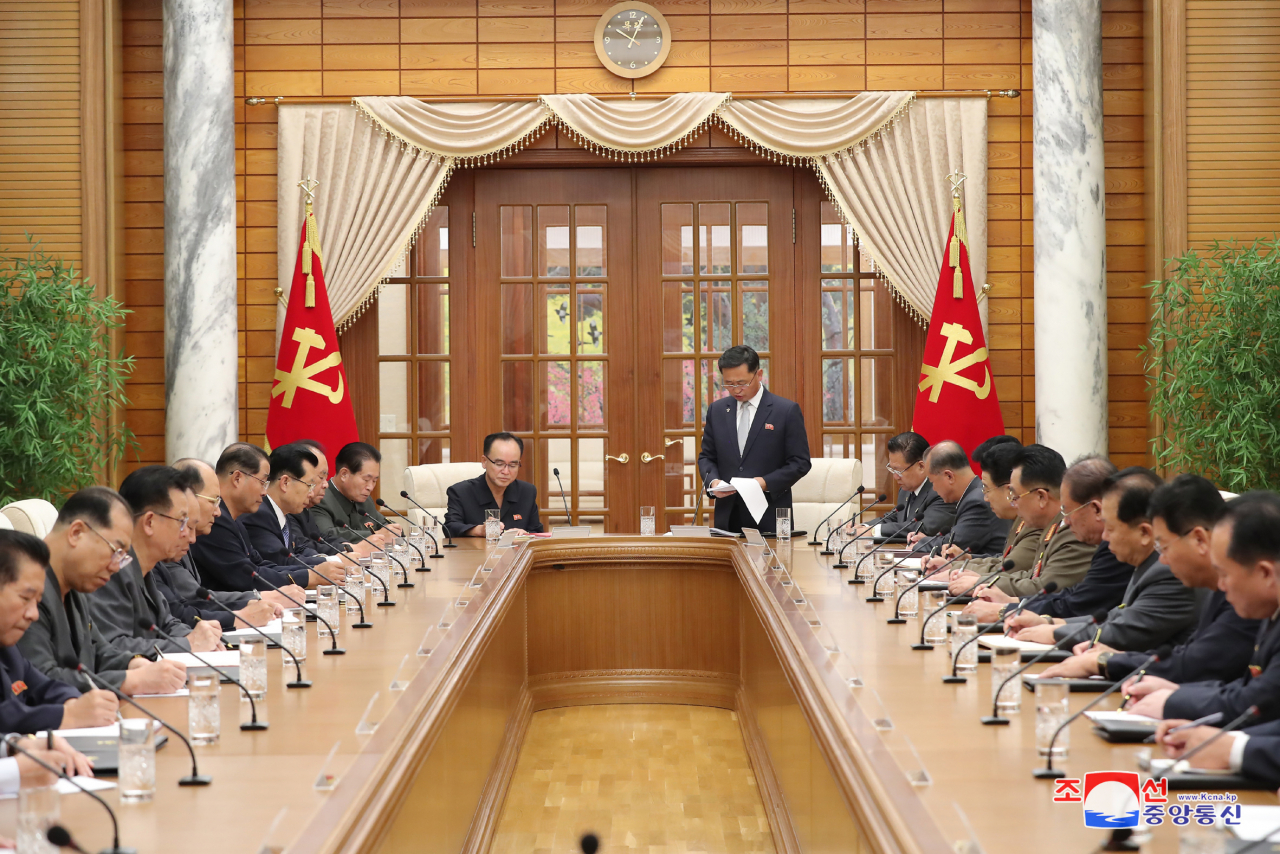 The political bureau of the central committee of North Korea's Workers' Party holds a meeting in Pyongyang on Sunday to review the country's agricultural output for this year, in this photo released by the North's Korean Central News Agency the following day. North Korean leader Kim Jong-un did not attend it. (KCNA)

Jo Yong-won, secretary for organizational affairs of the ruling Workers' Party's Central Committee, presided over the politburo meeting the previous day, according to the official Korean Central News Agency (KCNA). North Korean leader Kim Jong-un did not attend the meeting.

Officials at the meeting adopted an "important resolution" after discussing the issue of thoroughly implementing the North's agriculture policies and examining this year's farming, according to the KCNA.

The meeting also "stressed the need to mobilize all forces and means to the immediate harvesting and threshing, improve cereal procurement and supply and wage intensive struggle against all acts hindering the execution of the cereal policy of the Party and the state," it added.

Observers say the latest measure appears intended to tackle corrupt practices found among individuals and in its crop distribution.

During a Supreme People's Assembly meeting earlier this month, Kim highlighted the importance of changing the structure of the country's grain production as well as improving the grain procurement and food supply system.

North Korea is known for chronic food shortages that have been apparently aggravated in recent years due to typhoons, flooding and the coronavirus pandemic.

On Sunday, the North fired one short-range ballistic missile into the East Sea, marking its fifth missile launch since the Yoon Suk-yeol administration took office in May, according to South Korea's military.

Pyongyang has usually boasted of its major weapons tests the following morning through state media, but it has often maintained silence on its missile launches since May. (Yonhap)