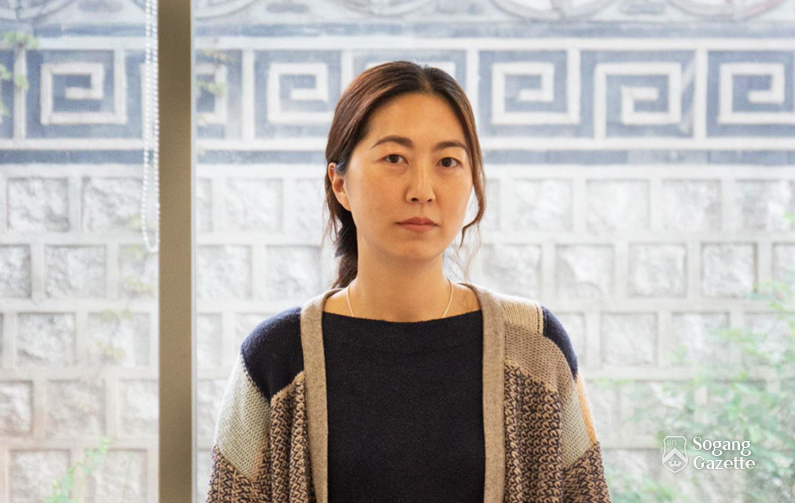 “I wanted to stress the historic narrative of how the port city has evolved to be open to migrants. It is not confined to international migration but also includes Koreans, particularly during the Korean War and industrialization era,” she said during an interview with The Korea Herald on Sept. 15.

“Before taking the role of artistic director, I had already been interested in the topic of migration, which creates a mixture of different cultures and languages,” she said.

After her appointment to the role in April 2021, she traveled to the US, and across Europe and Asia to discover artists whose works suit the theme of “We, on the Rising Wave.” The title is suggestive of the city's turbulent history as well as the people who have lived through migration.

“Busan is an open city where different cultures have actually mingled throughout the Joseon era (1392-1910), Japanese colonial era (1910-1945), the industrialization era from the 1960s to the 1970s and today,” Kim said, mentioning the popular phrase in Busan dialect, “We are not strangers!”

The biennale expands to different topics that are relevant today, such as female laborers, ecosystem of humans and nature, as well as technology that accelerates modernization across the world.

Kim regards the biennale as a meaningful art event, having an impact that is different from that of museum exhibitions and art fairs. She believes the biennale entails the collective power of visual art, touching on important issues of the day.

“A biennale is a large-scale temporary art event that takes place every two years. It definitely has a role that is different from other shows. It gathers artists from across the world to present works relevant to the topic of the biennale, which is usually related to today’s issues that need to be dealt with,” she said.

“I would say it is a collective exhibition that has a ‘loudspeaker’ effect, delivering a message in a powerful way,” she said.

Born in 1980, Kim is a former deputy director of Art Sonje Center. She received her BA in Plastic Arts from Universite Paris 8 in France and MA in Cultural Studies from Pantheon Sorbonne University in France.