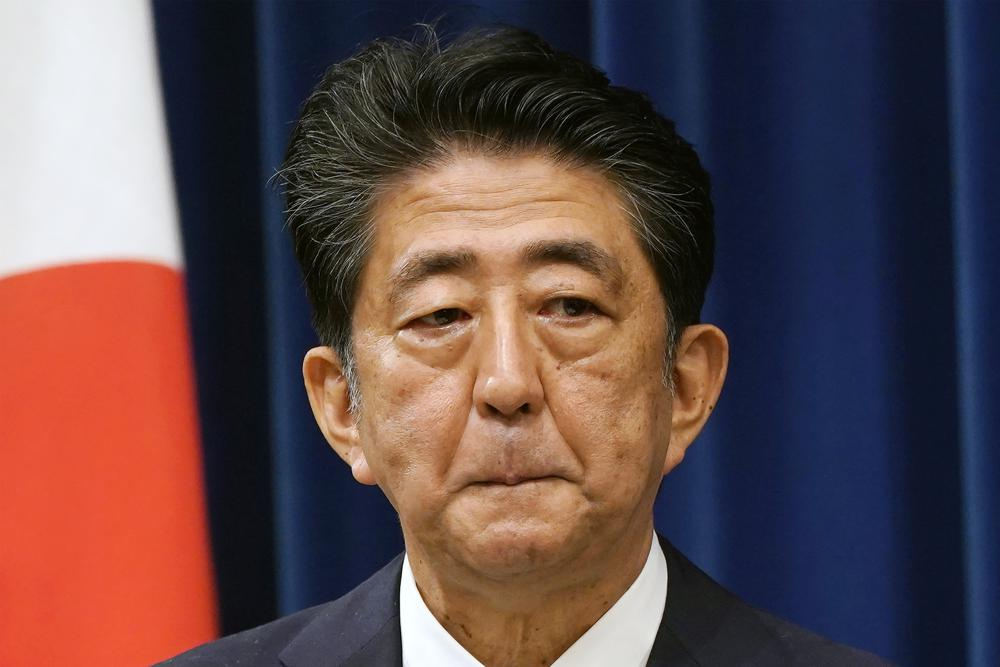 Japanese Prime Minister Shinzo Abe reacts during a press conference at the prime minister official residence in Tokyo on Aug. 28, 2020. Japan's Cabinet on July 22, formally decided to hold a state funeral on Sept. 27 for the assassinated former Prime Minister Abe, amid national debate over the plan which some criticize an attempt to glorify a divisive political figure. (Franck Robichon/AP)

Abe, who was assassinated in July, was Japan's longest serving leader and one of its most divisive in the postwar period because of his revisionist view of wartime history, support for a stronger military, and what critics call an autocratic approach and cronyism.

Opposition to the state funeral has also grown because of politicians' close ties to the Unification Church. Social media posts attributed to the suspect in Abe's assassination show he blamed the church for ruining his life, and police say he targeted Abe over his links to the organization.

The government plan for his state funeral to be held Tuesday has galvanized public opposition against the ruling Liberal Democratic party, which has ruled Japan for nearly the entire postwar period.

Protests and marches opposing the state funeral have been popping up nationwide, drawing hundreds of people. Earlier this week, a man set himself on fire by the prime minister's residence in what was described as a suicide attempt in apparent protest of the funeral.

Yoshiko Kamata, a part-time worker at a convenience store, acknowledged the state funeral couldn't be stopped, but it was a good opportunity to drive home her message that Abe never stood with regular people.

"We want to show where we stand," she said, noting dictators were being invited to the state funeral. "Just because he is dead, we aren't going to forgive Abe."

State funerals in Japan have been historically reserved for the emperor. The decision to hold one for Abe was made by the Cabinet and did not go through parliamentary approval. Some lawyers' groups have challenged its legality.

The official public tab for the funeral is about 1.7 billion yen ($12 million), but experts note hidden costs such as security add to the total. Police were out in droves at Friday's protest.

Some politicians have announced they will skip the funeral, including ruling party lawmaker Seiichiro Murakami, a former minister, who said it had failed to win public backing.

Graduate student Daiki Kikuchi, sipping beer at a British pub in Tokyo while watching the queen's funeral, couldn't help but draw a contrast.

"I feel the British culture watching this, and there is a royal family that people love," he said. "But he isn't a king." (AP)