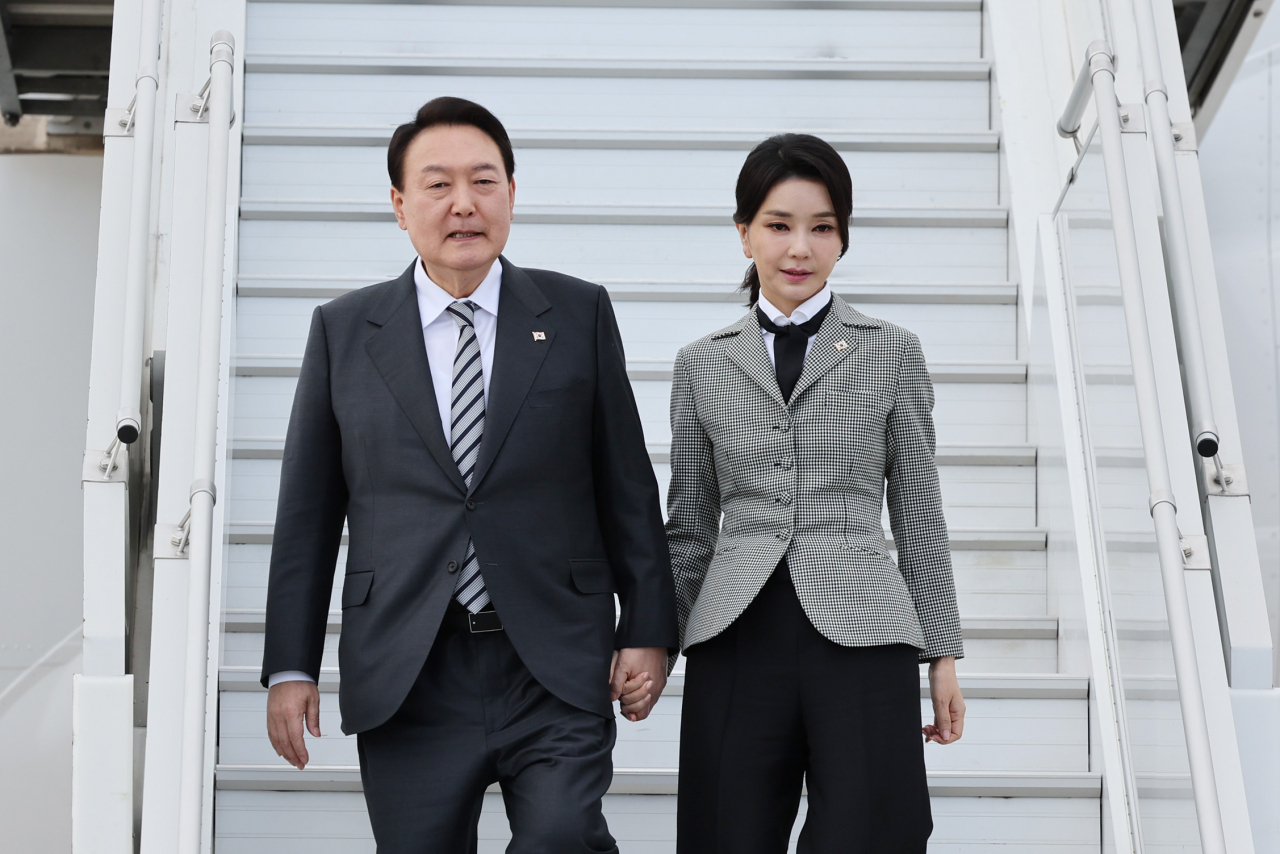 Yoon Suk-yeol's multilateral diplomacy is overshadowed by multiple controversies, with his approval dropping again on Friday.

Yoon's five-day overseas trip is coming to the end, with a summit with Canada still remaining. He has been mired in a number of controversies during his trip, including failing to visit the state funeral of Queen Elizabeth II in London, holding summits with the US and Japan that failed to meet expectations, and being caught on a hot mic insulting the US Congress.

As Yoon's remarks were published in foreign news media reports, the presidential office sought to calm the controversy by saying Yoon did not mention either US President Joe Biden or US Congress. But the controversy shows no sign of abating.

The Democratic Party of Korea has publicly demanded an apology to the public and called for a complete change of diplomatic lines due to the controversies during President Yoon’s trip.

Ahn Ho-young, a senior spokesman for the Democratic Party, said in a briefing, "President Yoon should apologize to the public for the total diplomatic incompetence and diplomatic disaster and replace the diplomatic line, including Foreign Minister Park Jin."

“Total diplomatic incompetence was revealed, including condolence diplomacy without condolences, a UN keynote speech without substance, a brief meeting with Prime Minister Kishida after persistent courtship, and a 48-second conversation with President Biden,” he said.

Democratic Party leader Lee Jae-myung said that the public must have felt humiliated in response to the controversy over President Yoon Suk-yeol's remarks during the trip.

A poll showed on Friday that President Yoon’s approval rating for state affairs fell below the 30 percent level again over the course of the week.

According to a survey of 1,000 adults nationwide by Gallup Korea between Tuesday and Thursday, 28 percent of the respondents said President Yoon was "doing well" and 6 percent said he was "doing wrong."

Gallup Korea analyzed, "The reasons for the negative evaluation this week were related to the relocation of the presidential office, such as the withdrawal of the plan to build a guesthouse, and the cancellation of the Queen’s condolences."

It said, "Two overseas trips since President Yoon took office have not been a plus for his performance evaluation," adding, "The job performance rate also fell 6 percentage points in the survey right after attending the NATO summit last summer."