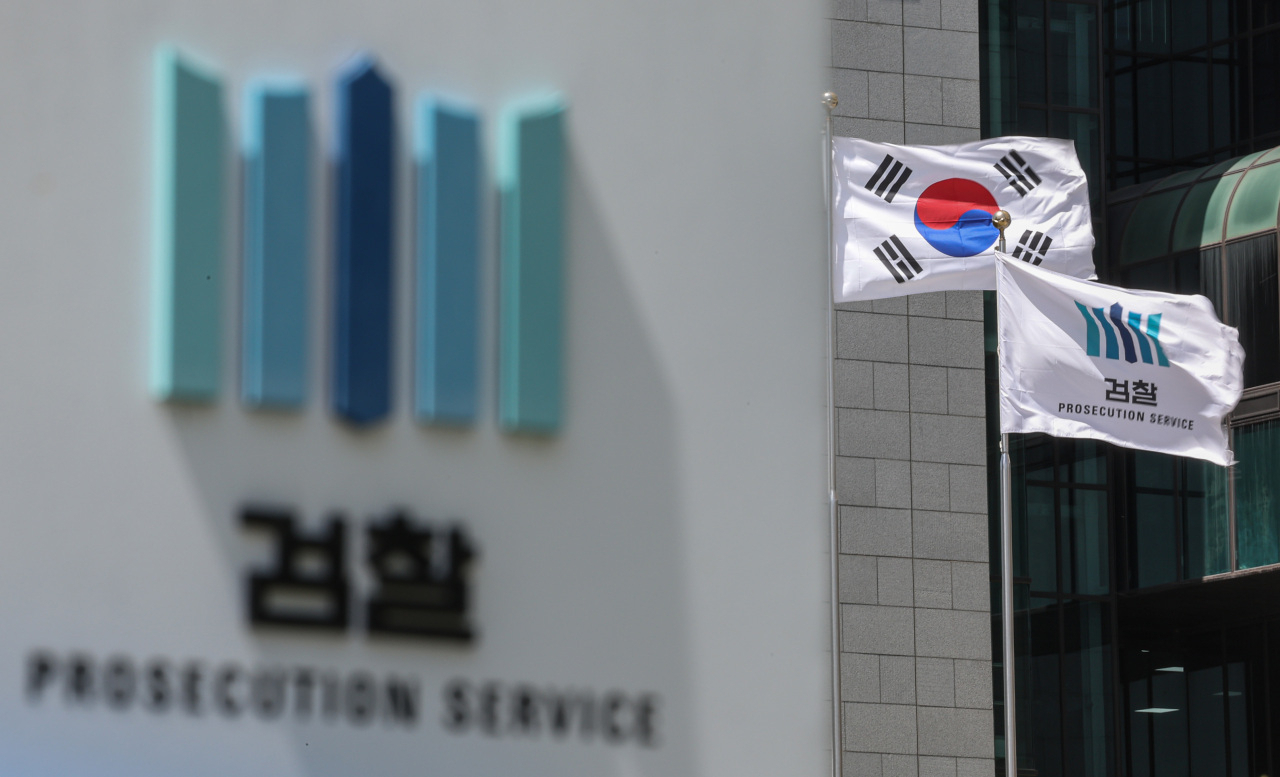 Flags flutter in the wind outside the prosecution service building on May 1. (Yonhap)

Prosecutors on Friday raided the Korea Communications Commission, the state media regulator, over suspicion of score manipulation in the process of its license renewal for some general programming cable TV channels two years ago.

The Seoul Northern District Prosecutors Office sent prosecutors and investigators to the KCC building in Gwacheon, just south of Seoul, to secure documents related to the reapproval of cable TV channels in 2020.

The raid came after the Board of Audit and Inspection raised suspicion early this month that some of the KCC license review panel members gave deliberately low scores to TV Chosun and Channel A.

The KCC renewed the licenses for the two TV channels in April 2020 but attached the condition they maintain fairness and objectivity standards in broadcasting.

For instance, TV Chosun's total score satisfied the renewal condition. In the fairness category, however, it was given a score lower than the base score.

The KCC has said that its license review panel members have independently conducted evaluations without any outside intervention. (Yonhap)