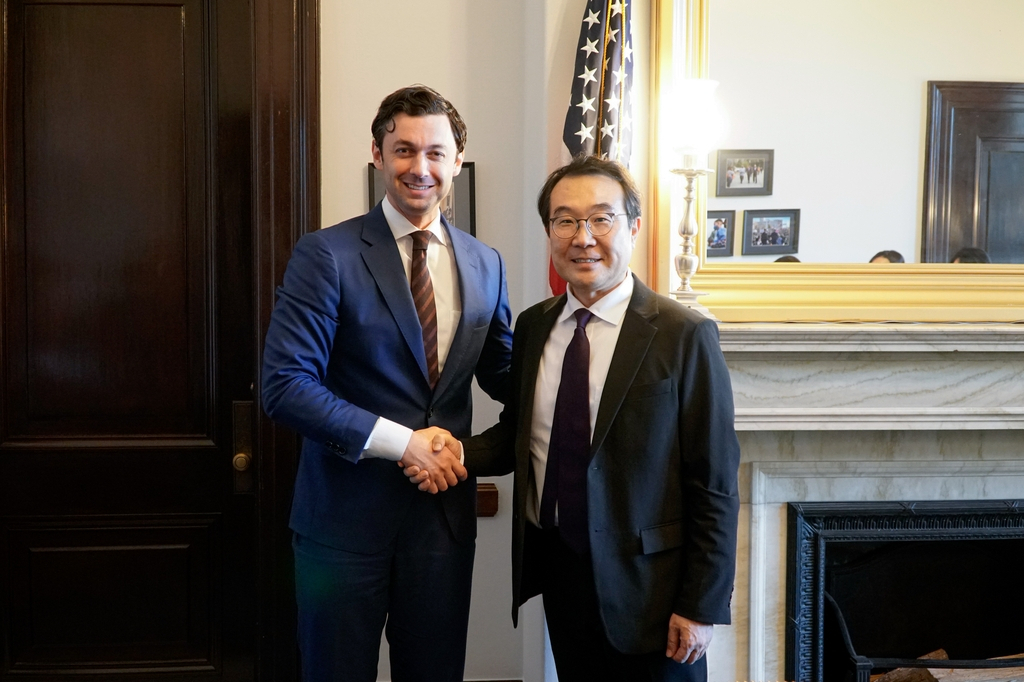 South Korea's Second Vice Foreign Minister Lee Do-hoon (right) shakes hands with Georgia Sen. Jon Ossoff during their meeting at the senator's office in Washington in this photo provided by his ministry on Friday. (Yonhap)

A senior South Korean government official has reiterated Seoul's concerns over the negative impact of the US Inflation Reduction Act on Korean automakers during a series of meetings with a White House official and members of Congress, his office said Friday

The inflation act, signed by President Joe Biden last month, has raised concerns over a trade barrier for Korean automakers as they make electric vehicles at domestic plants for export to the US. Hyundai Motor Group earlier this year announced over $10 billion in US investments, but its EV plant in Georgia is not expected to begin production until 2025.

Campbell said the Biden administration will push for "constructive cooperation" regarding the issue on the basis of the strong alliance between the two nations, the ministry said without giving further details.

Lee also held back-to-back talks with Georgia Sen. Jon Ossoff, Rep. Darin LaHood (R-Illinois) and Rep. Young Kim (R-California), in which he pointed out "discriminatory" elements in the Inflation Reduction Act and requested their related attention and cooperation to address the problem, it added. (Yonhap)