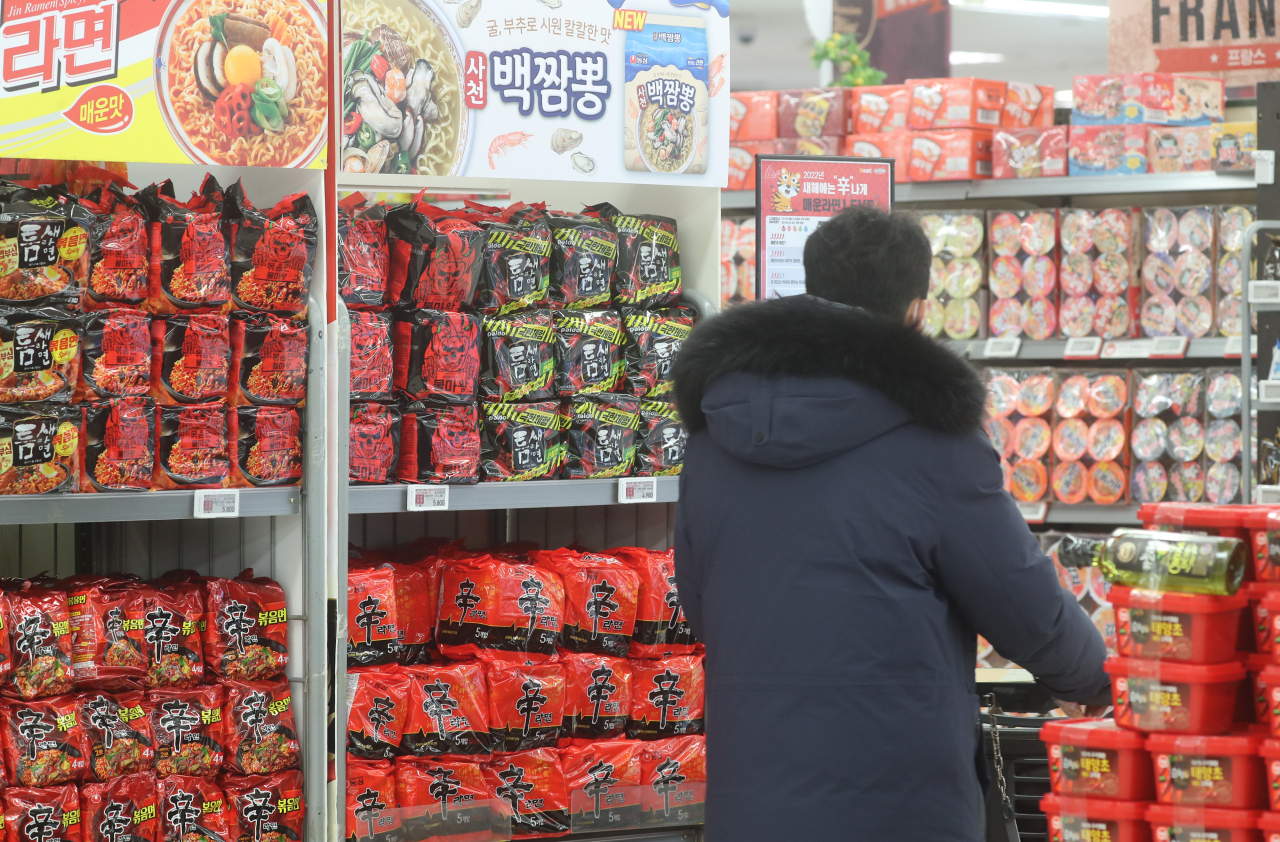 A shopper looks at instant noodles at a supermarket in Seoul. (Yonhap)

A South Korean vice finance minister on Friday asked the food industry to minimize raising food prices as the country is grappling with high inflation.

The government also plans to expand the supply of agricultural products, including napa cabbage and white radish, in a bid to better deal with high demand for kimchi-making events ahead of the winter season, according to First Vice Finance Minister Bang Ki-sun.

"In light of the stabilizing trends of grain prices, we are asking (the food sector) to minimize raising prices of food products," Bang said at a government meeting on the economy.

The country's food companies have recently jacked up prices of instant noodles and snacks, citing highflying raw material prices and a sharp weakness of the Korean currency against the US dollar.

South Korea's consumer prices grew at a slower pace in August after running at a 24-year high the previous month as global oil prices retreated. But the country still faces high inflationary pressure due largely to an increase in energy and food prices.

High price pressures are expected to build the case for the Bank of Korea to further raise its policy rate in the coming months. (Yonhap)