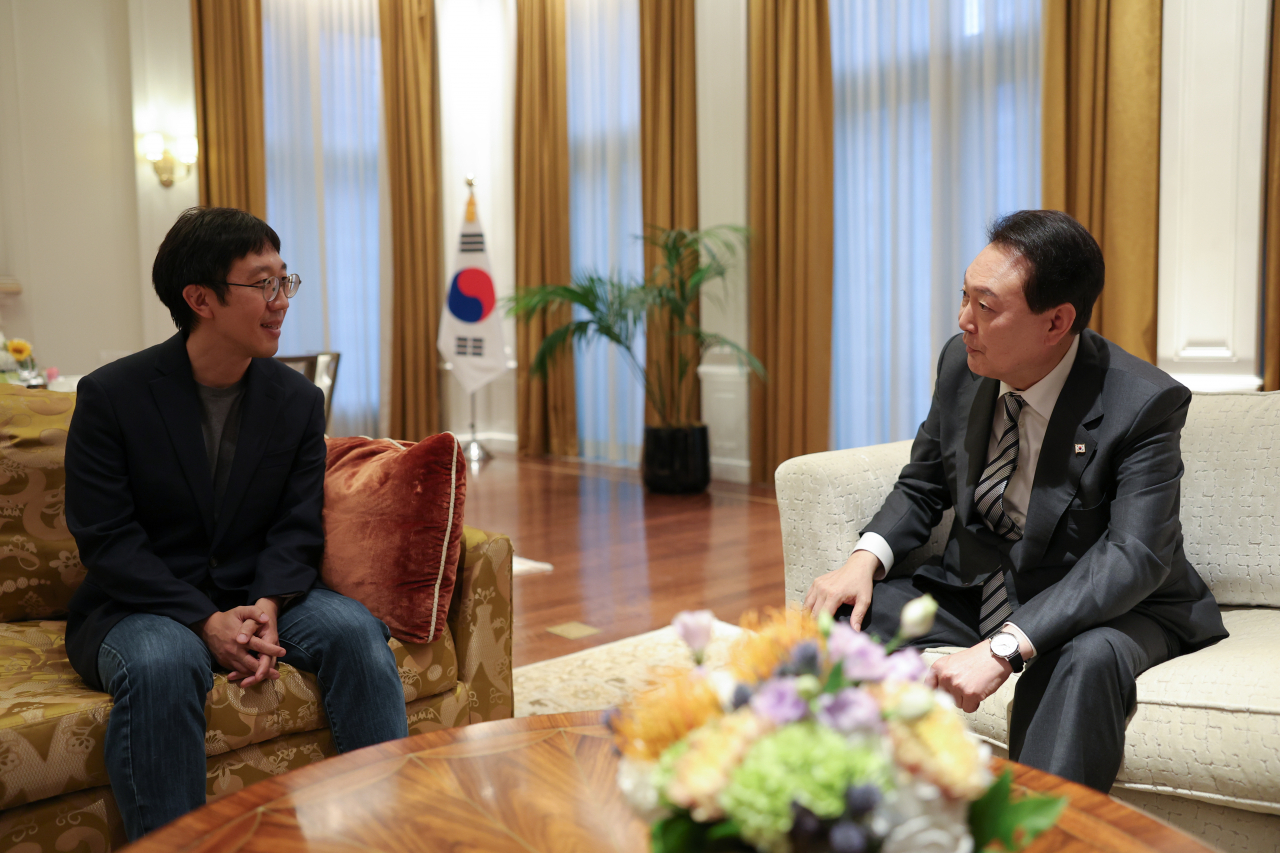 South Korean President Yoon Suk-yeol talks with June Huh, a Korean American mathematician and professor at Princeton University, during their meeting at a New York hotel on Friday. Huh won the Fields Medal, often dubbed the Nobel Prize in mathematics, in July for his research connecting combinatorics and algebraic geometry. (Yonhap)

Yoon, who was in New York to attend the UN General Assembly, congratulated the 39-year-old professor of Princeton University once again on winning the Fields Medal, which is often dubbed the Nobel Prize in mathematics.

He was awarded the medal in July for his research connecting combinatorics and algebraic geometry. Huh is the first scholar of Korean descent to win the honor.

"President Yoon said he was deeply moved as a Korean and that his winning the award made many people proud because he is a young mathematician who studied in South Korea," the presidential office said in a press release.

Yoon also said he deeply sympathized with Huh's message during his commencement speech at Seoul National University before he exchanged views with the professor on ways to nurture talented people in South Korea's science and technology sector, including in math.

The president promised government assistance to produce large numbers of talented people in math, science and technology like Huh, and asked that Huh play an important role in advancing the field of math and training younger students in South Korea.

The meeting with Huh was one of the last events on the president's schedule in New York before he departed for Toronto to continue on his three-nation swing through Britain, the United States and Canada. (Yonhap)