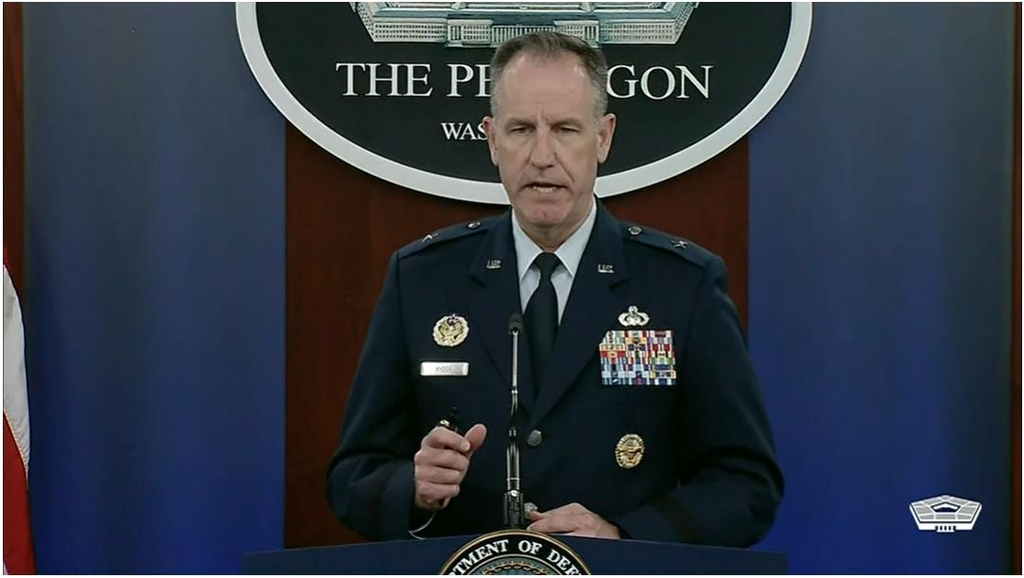 Brig. Gen. Pat Ryder, spokesperson for the US Department of Defense, is seen answering questions during a daily press briefing in Washington on Thursday in this image captured from the department's website. (Yonhap)

WASHINGTON -- The United States stands by its intelligence that Russia is seeking to purchase ammunition from North Korea, a Pentagon spokesperson said Thursday in response to North Korea's claim that no such deal has taken place.

North Korea said on Thursday (Seoul time) that it has never exported any weapons or ammunition to Russia and that it does not plan to do so, while accusing the US of circulating a baseless rumor against the North.

"So all I will say is we stand by the information that we provided earlier," Pentagon Press Secretary Brig. Gen. Pat Ryder said when asked if the purchase actually took place.

Other US officials said Russia had asked to purchase "millions of rounds of ammunition" from North Korea. (Yonhap)