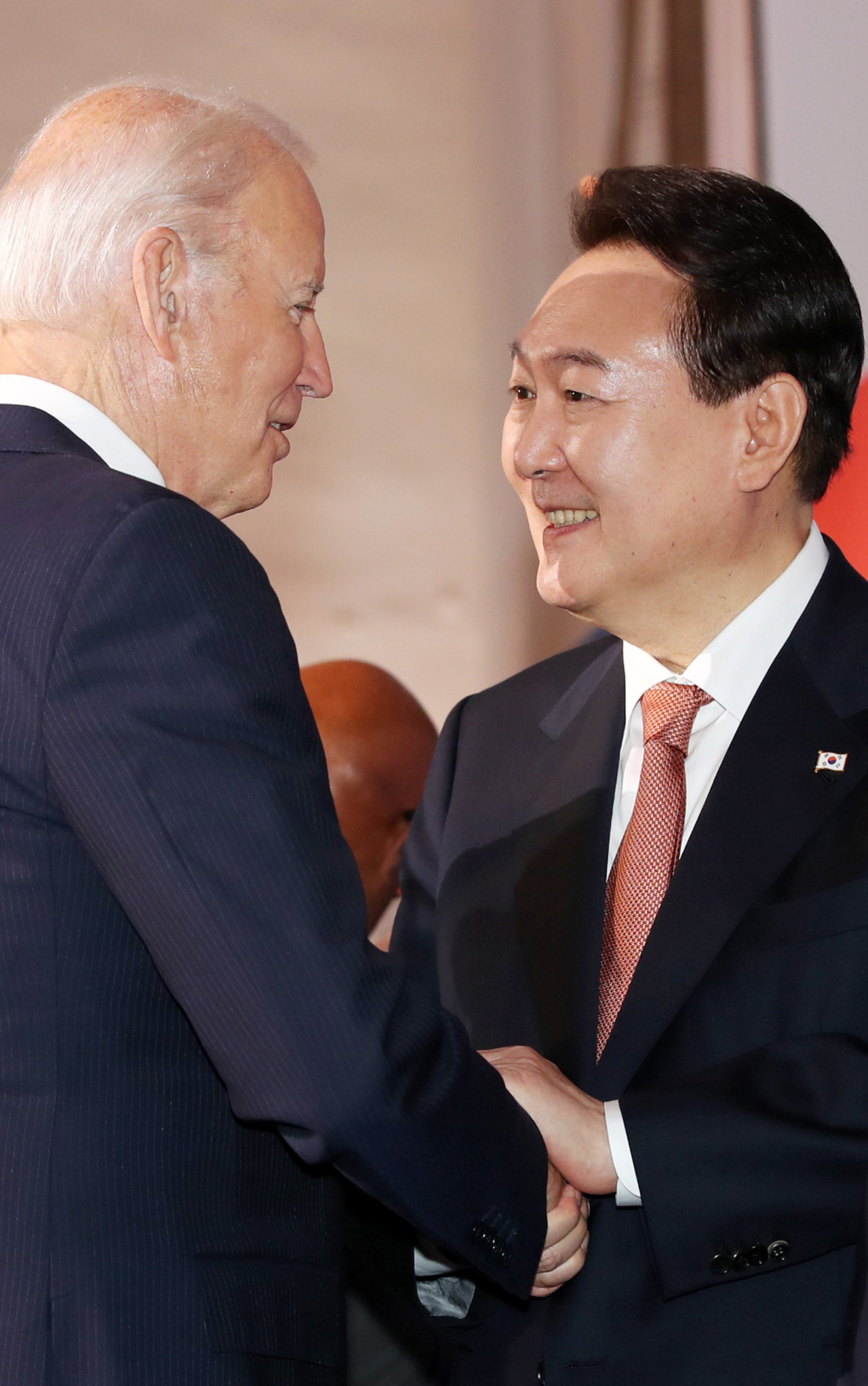 NEW YORK -- The office of President Yoon Suk-yeol denied Thursday that Yoon used foul language in reference to US Congress and President Joe Biden, clarifying that he was talking about a situation he could face if South Korea's opposition-controlled National Assembly does not cooperate.

On Wednesday, video circulated of Yoon talking with US President Joe Biden at a fundraiser for fighting infectious diseases in New York. As he leaves the venue amid noise, he appears to tell aides in vulgar language that it would be embarrassing for Biden if the National Assembly did not approve of something unspecified.

The clip led to speculation that Yoon was referring to Biden's pledge to contribute another $6 billion to the Global Fund to Fight AIDS, Tuberculosis and Malaria. His mention of the National Assembly was interpreted as a reference to US Congress.

But Kim Eun-hye, senior presidential secretary for press affairs, said Yoon made no mention of Biden.

The actual word was the Korean word for "throw out" and Yoon was talking about how he would be embarrassed if the National Assembly, which is controlled by the main opposition Democratic Party, rejected the $100 million he pledged to contribute to the Global Fund over three years, she said.

"Yesterday, the Republic of Korea was reduced overnight to a country mocking an ally nation with which it has been together for nearly 70 years," Kim told reporters in New York.

"We will always accept criticism of the president and state administration," she continued, "but distorting the president's diplomatic activities and driving a wedge between allies with lies is an act of self-injury to the national interest."

A senior presidential official had said earlier that he did not pay attention to the president's remarks and did not remember them as he was following Yoon from behind.

"He wasn't speaking publicly on the stage but in passing, and although I don't know who recorded it and how, I actually think it should be verified," the official told reporters here.

"I think it's highly inappropriate to draw a link between private remarks and diplomatic accomplishments," the official added, referring to criticism that Yoon had created a diplomatic disaster. "It's quite regrettable that a diplomatic disaster is being talked about over something like that when he is doing everything to complete a demanding schedule in the national interest of the Republic of Korea." (Yonhap)