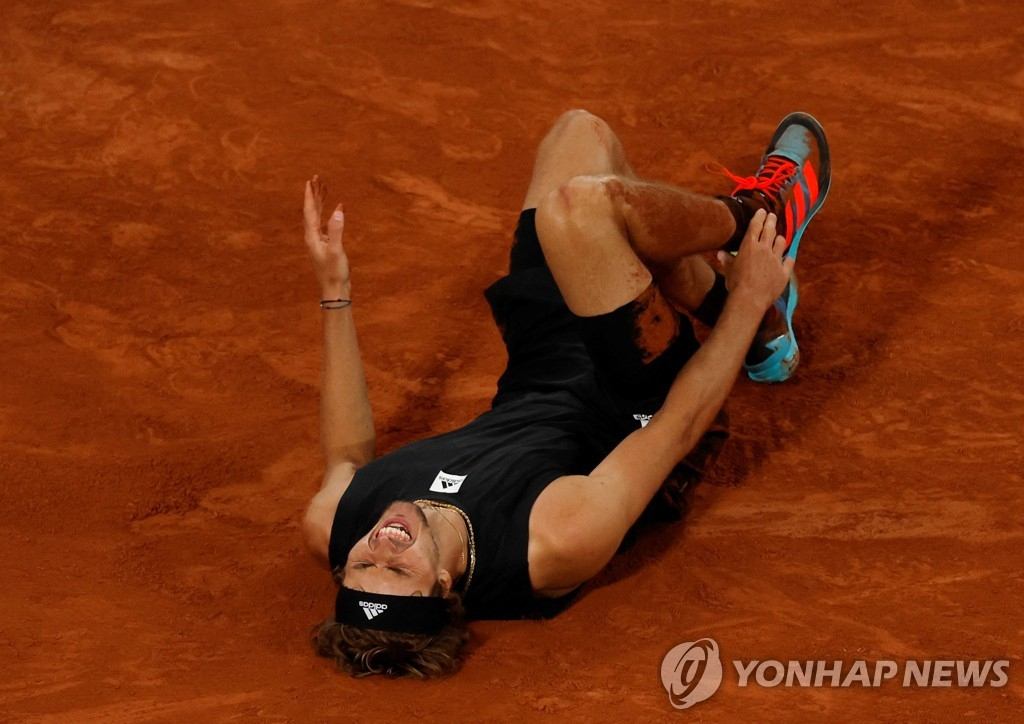 In this Reuters file photo from June 3, 2022, Alexander Zverev of Germany reacts after sustaining an ankle injury during his men's singles semifinal match against Rafael Nadal of Spain at the French Open at Roland-Garros in Paris. (Yonhap)

Officials of the Eugene Korea Open said Zverev is still recovering from his ankle injury sustained during his semifinal loss to Rafael Nadal at the French Open in June.

Zverev, a two-time ATP Finals winner and the 2021 Olympic men's singles gold medalist, had eyed a return to tour action in the South Korean capital before the slower-than-expected rehab ruled him out.

Casper Ruud of Norway, world No. 2 and runner-up at the French Open and the US Open this year, will be the headliner at the Korea Open, which begins next Monday at Olympic Park Tennis Center in Seoul.

Other notables are: Cameron Norrie of Britain, the only other top-10 player in Seoul at No. 8; Taylor Fritz, the top American at No. 12; Denis Shapovalov of Canada, ranked 24th.

The Korea Open will be the first ATP-level competition here in 26 years. Seoul hosted tournaments annually from 1987 to 1996, and has since staged tournaments on the second-tier ATP Challenge Tour.

The ATP said in July that the Korea Open is one of six single-year events for this season, along with tournaments in the United States, Israel, Italy, and Spain, among other places. The tour canceled four tournaments scheduled in China due to COVID-19 restrictions. (Yonhap)