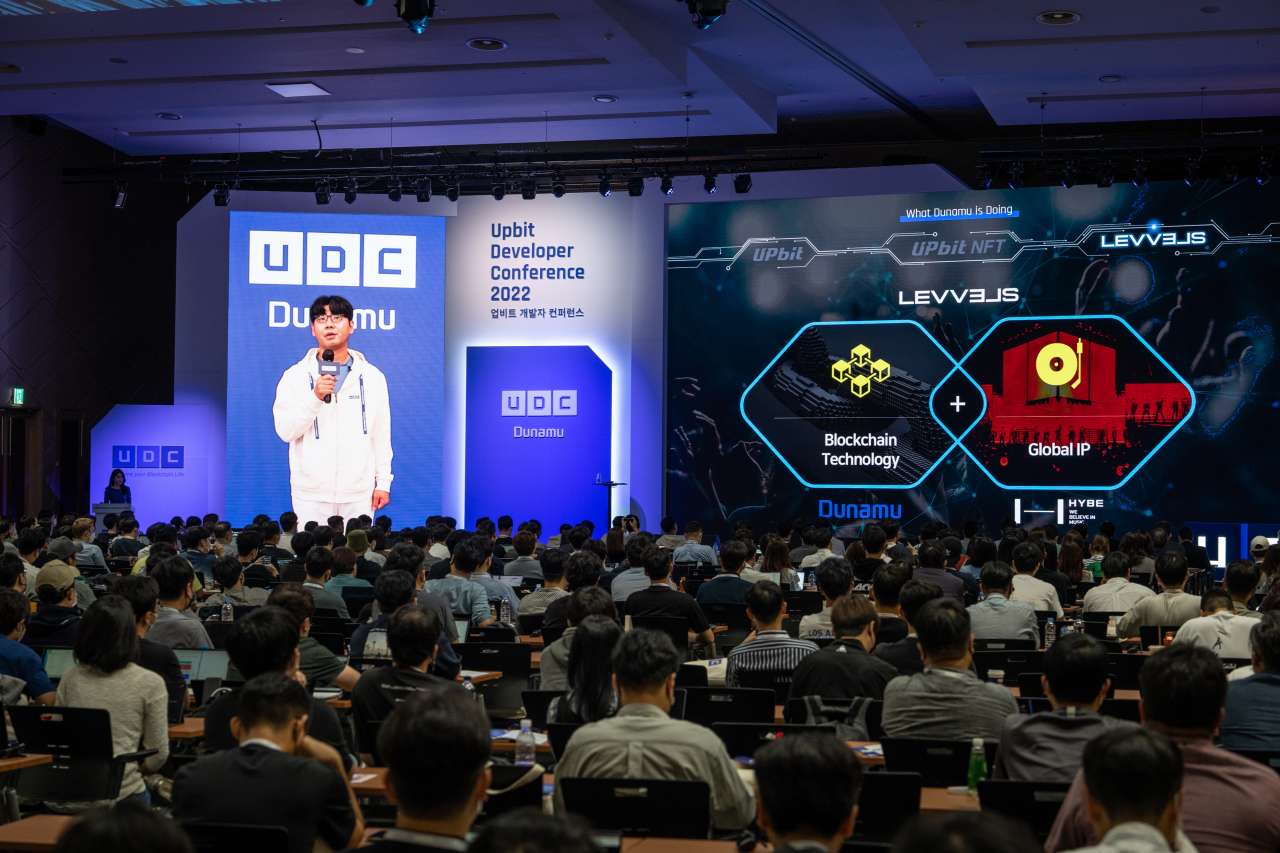 The two-day event hosted by Dunamu, the operator of South Korean crypto exchange Upbit, will be held at the Busan Port International Exhibition ＆ Convention Center in person after two years of pandemic disruptions. The theme of this year’s gathering is “Imaging Your Blockchain Life” and will cover popular blockchain topics including non-fungible tokens, the metaverse, Web 3.0. and smart contracts.

Dunamu Chairman Song Chi-hyung opened the event with a speech painting a rosy future for the blockchain industry, on the notion there is going to be a whole new chapter at the end of the ongoing crypto winter.

Song explained how blockchain’s interoperability and constructability will become a new blueprint for the global content market and the creator economy driven by streaming services and social media. He also suggested that the markets are heading to the blockchain era where people will become more familiar with digital wallets than social media and messengers, while managing their identities through crypto.

The first day of the event will focus on panel discussions and lectures on smart contracts, Web 3.0 and decentralized autonomous organization. NFTs, the metaverse, gaming and travel rules will be key topics for the second day.

Overseas speakers will include Jason Brink, president of blockchain at Gala Games, and Alexandre Dreyfus, CEO and founder of Chiliz. Local speakers include Jay Park, CEO of Lambda 256, Lim Soo-jin, co-founder of CryptoQuant, and Lee Jung-yup, chairman of the Blockchain and Law Society.

More information is available on the Upbit Developer Conference website.