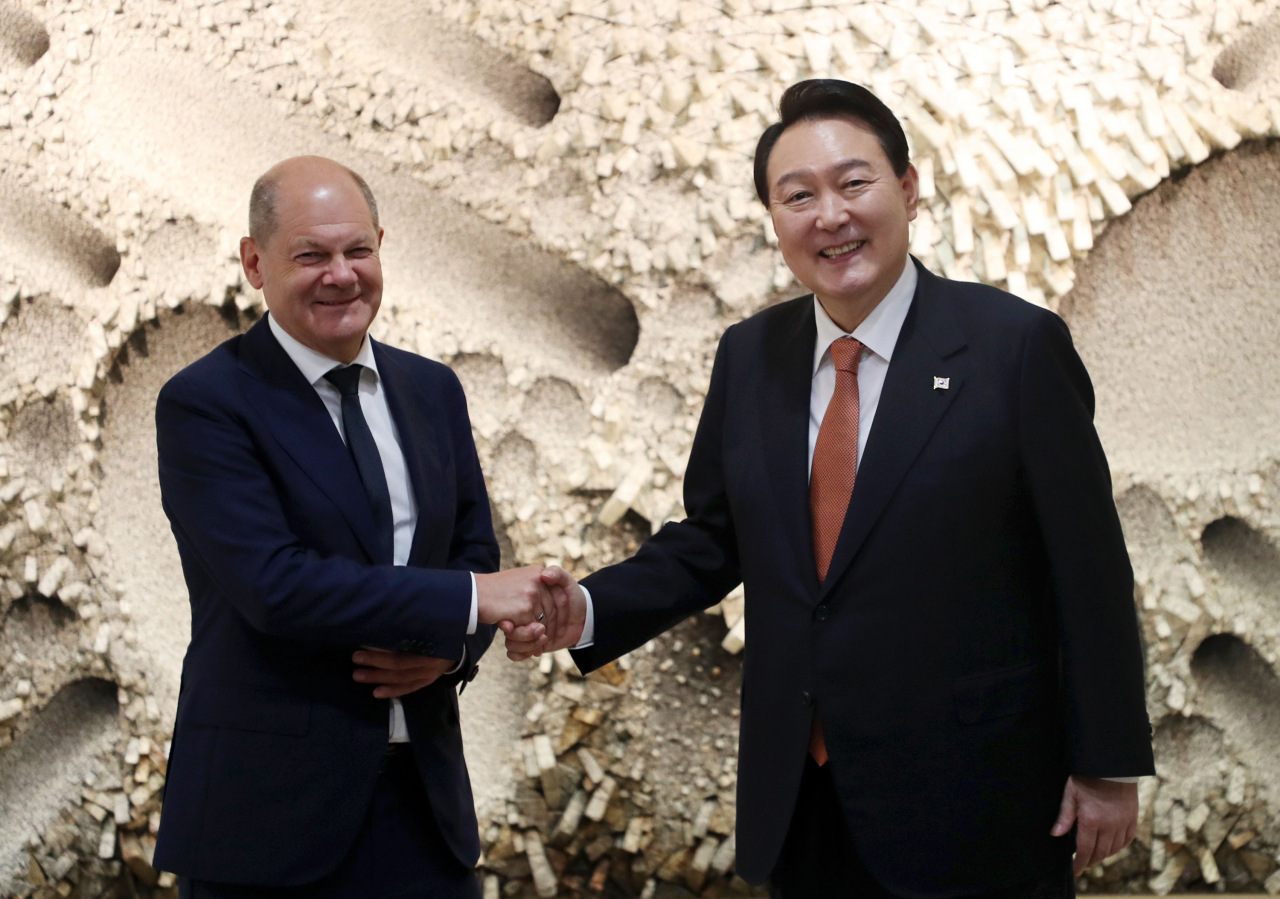 The two held their first summit on the sidelines of the UN General Assembly and assessed how the countries have developed their friendly and cooperative relations across diverse sectors as key partners sharing universal values such as freedom, human rights and the rule of law, deputy presidential spokesperson Lee Jae-myoung said in a written briefing.

"In particular, they agreed to work to further deepen and develop the bilateral relationship through diverse exchanges at every level, including at the leader level, ahead of the 140th anniversary of starting South Korea-Germany exchanges next year," he said.

Yoon and Scholz agreed on the large potential for cooperation between their countries in terms of economic security issues, such as in tackling recent disruptions to global supply chains, and promised to strengthen relevant communication and cooperation, the spokesperson said.

They also exchanged views on their respective Indo-Pacific strategies and the changes in international affairs caused by Russia's war in Ukraine, while agreeing to continue cooperation for the establishment of peace on the Korean Peninsula.

Yoon invited Scholz to visit South Korea next year to mark the 140-year anniversary, and the chancellor voiced hope for more bilateral meetings in both South Korea and Germany in the future. (Yonhap)