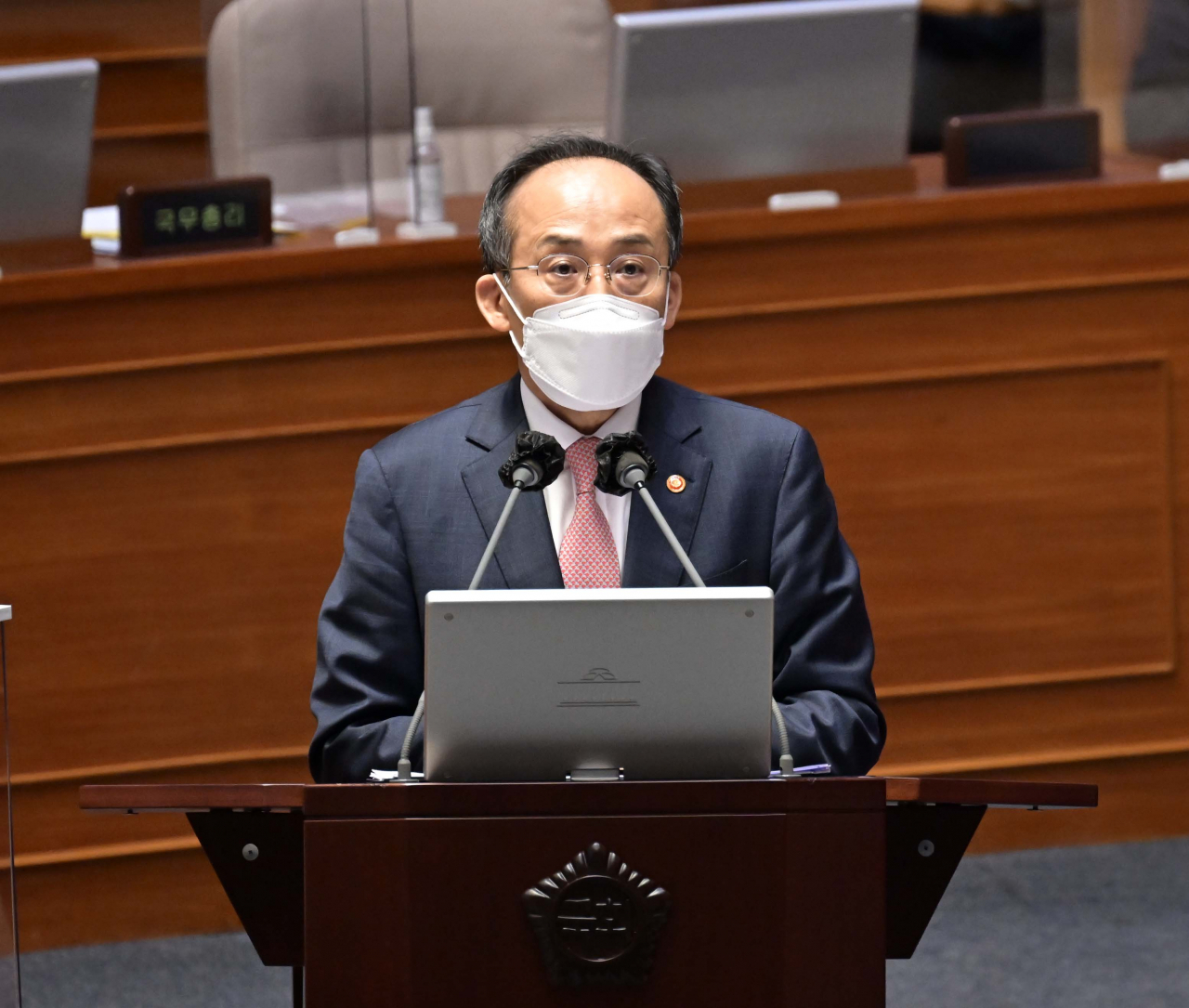 Finance Minister Choo Kyung-ho said Wednesday that a currency swap agreement with the United Sates would "definitely" help stabilize the foreign exchange market but declined to comment on the possibility of such a deal.

He made the remarks after a local media outlet reported that a US$60 billion currency swap agreement with the US is expected to be announced as early as this week. The Bank of Korea denied the report as "different from the facts."

"A currency swap deal between South Korea and the US would definitely help manage the country's foreign exchange soundness.

But this matter involves a counterpart, and there is a division of roles between the US government and the Federal Reserve," Choo said in response to a lawmaker's inquiry on the possibility of a swap deal during a parliamentary session.

But Seoul and Washington have agreed to cooperate in stabilizing the foreign exchange market, and if needed, implement various cooperative measures, such as liquidity facilities and the agreement still stands, Choo explained, referring to a meeting with US Treasury Secretary Janet Yellen in Seoul in July.

According to sources, South Korean President Yoon Suk-yeol and US President Joe Biden could discuss the possibility of a swap deal when they meet in New York this week.

A currency swap deal allows South Korea to borrow dollars in exchange for its currency.

Market watchers have raised the need for such a deal as the won has been falling at a fast pace amid global monetary tightening and worries over economic slowdown in major countries. The won has depreciated over 14 percent so far this year.

Choo emphasized that there is no problem with the country's foreign currency soundness in general, citing assessments by international credit ratings agencies and financial organizations.

The government is monitoring risk factors and ready to take necessary action to curb volatility in the foreign exchange market, he added. (Yonhap)