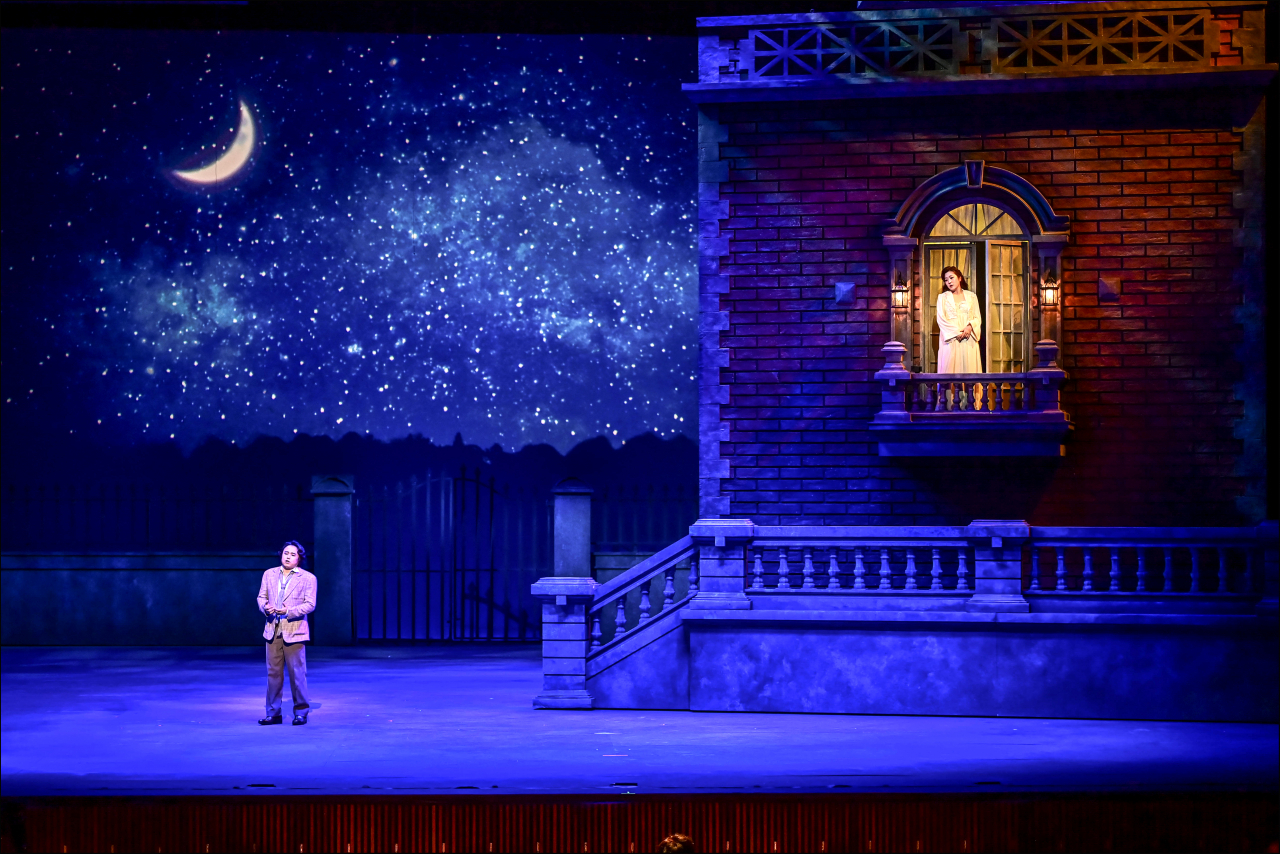 Tenor Choi Won-whi and soprano Park So-young perform in a rehearsal of “Romeo et Juliette” on Tuesday. (Sejong Center for the Performing Arts)

Inspired by Hector Berlioz’s dramatic symphony of the same title, Gounod wrote the opera based on Shakespeare’s play “Romeo and Juliet." The opera premiered at Theatre Lyrique in Paris in 1867.

The troupe is set to perform the tragic love story of a son and daughter from two rival families, set in New York in the 1940s.

Tenors Choi Won-whi and Lee Seung-mook will play Romeo while sopranos Park So-young and Kim You-mi will take on the role of Juliette.

Choi and Park have previously performed as lead singers at the New York Metropolitan Opera. Choi made his Metropolitan Opera debut as Alfredo in Verdi's “La Traviata” in 2020. Park made her debut as the Queen of the Night in Mozart's “The Magic Flute” in 2019. 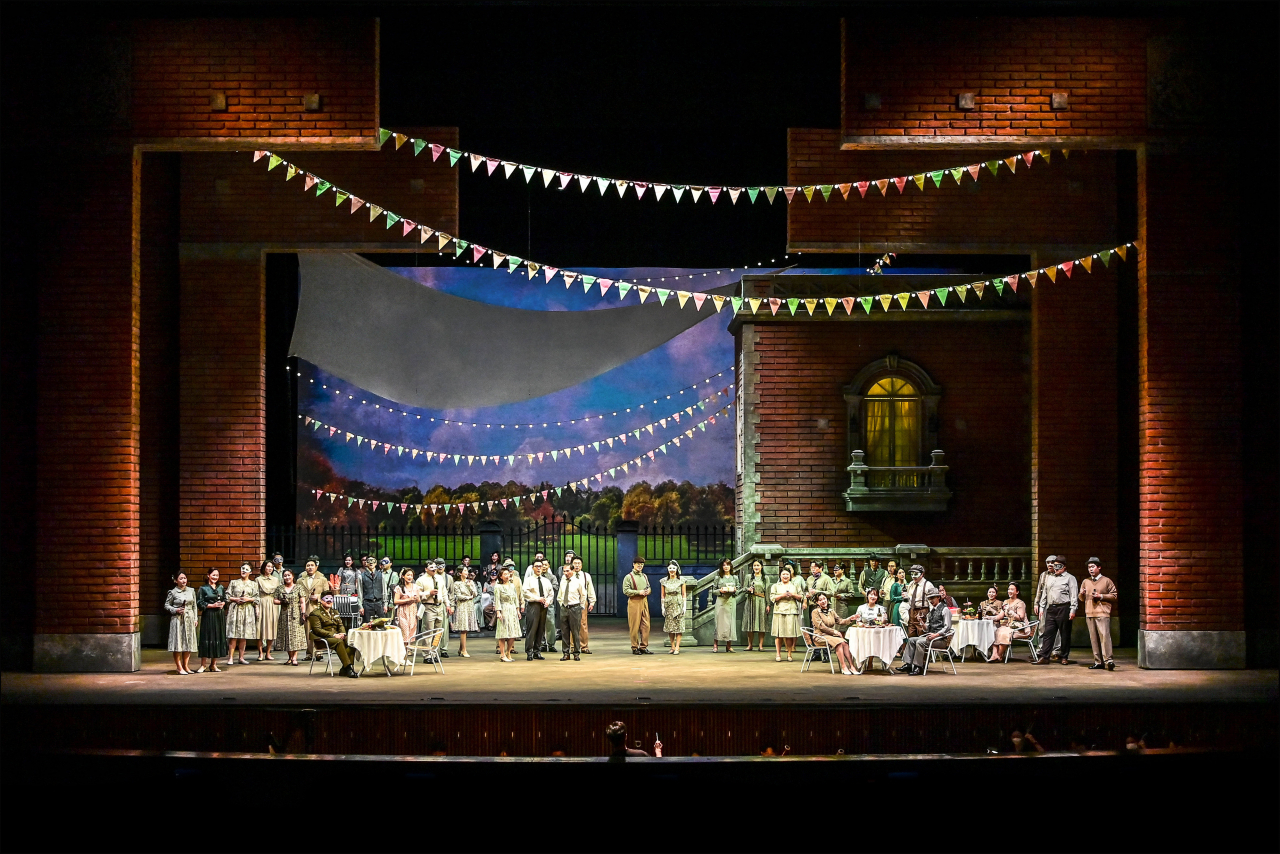 This is the first opera put on by soprano-turned-director Park Hye-jin who took the helm of the Seoul Metropolitan Opera in February as the first female head of the company. “Romeo et Juliette” is also the first full-length performance by the company since Puccini’s “Tosca” in November 2020.

The opera will be performed in French, with Korean and English subtitles available. Tickets range from 50,000 won to 120,000 won, which can be reserved at Sejong Culture Ticket.