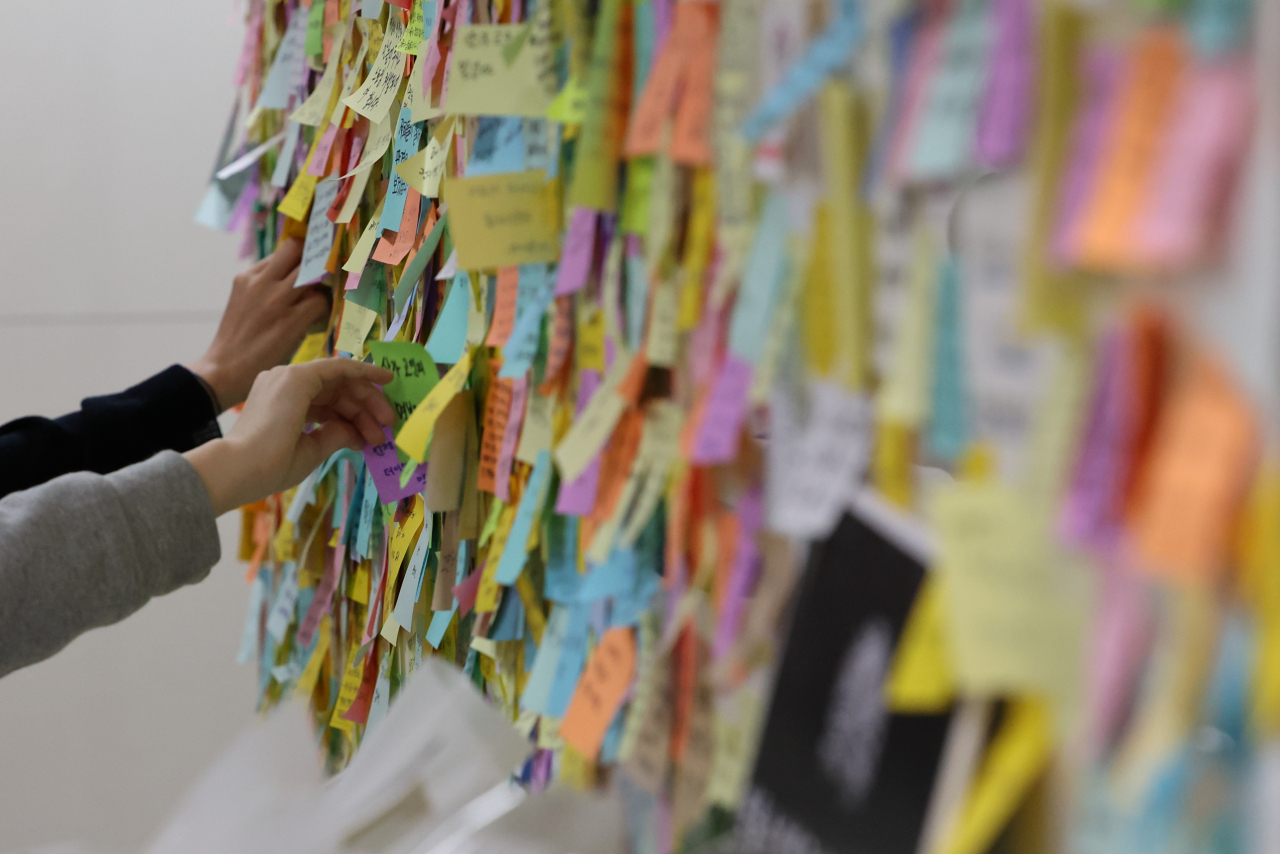 A passerby leaves messages of condolences Tuesday at Sindang station, Seoul, mourning for victim who had been murdered at the station last Wednesday. After the murder, in which a woman was killed by her stalker a day before the court was to decide a case against him on charges of stalking, critics pointed out that the killing could have been prevented if he had been held in custody. (Yonhap)

Revenge crimes, some resulting in murder, are on the rise, but the number of suspects taken into custody remains low, despite the potential for retaliation being stipulated as a reason for detention.

According to National Police Agency data obtained by Rep. Jung Woo-taek of the People Power Party, the number of revenge crimes during the first eight months of the year came to 281 cases. Last year, the figure stood at 434, up sharply from the 298 and 294 recorded in 2020 and 2019, respectively.

However, arrest warrants are not applied for in most cases, and nearly 1 in 6 arrest warrant requests are rejected, the data showed.

More suspects were released after the court reviewed the legality of confinement, pushing up the proportion of revenge crime suspects who were not taken into custody to 14.5 percent.

Under the current law, the possibility of retaliation is stipulated as a factor in issuing an arrest warrant, along with possibility of fleeing and destroying evidence.

Seung Jae-hyun, a researcher at the Korean Institute of Criminology and Justice, suggested conducting behavioral therapy or other measures to use the detention period considered as reformation period, which will ease the burden that judges feel when detaining suspects.

The Supreme Court issued a statement Tuesday and promised to improve the system, admitting that the current arrest system had limitations in drawing appropriate conclusions for each specific case, as it can only make two decisions: arrest or release. The alternative is a conditional release system, which is to impose restrictions on suspects when releasing them, such as attaching location tracking devices, restricting residence area, and receiving deposits.