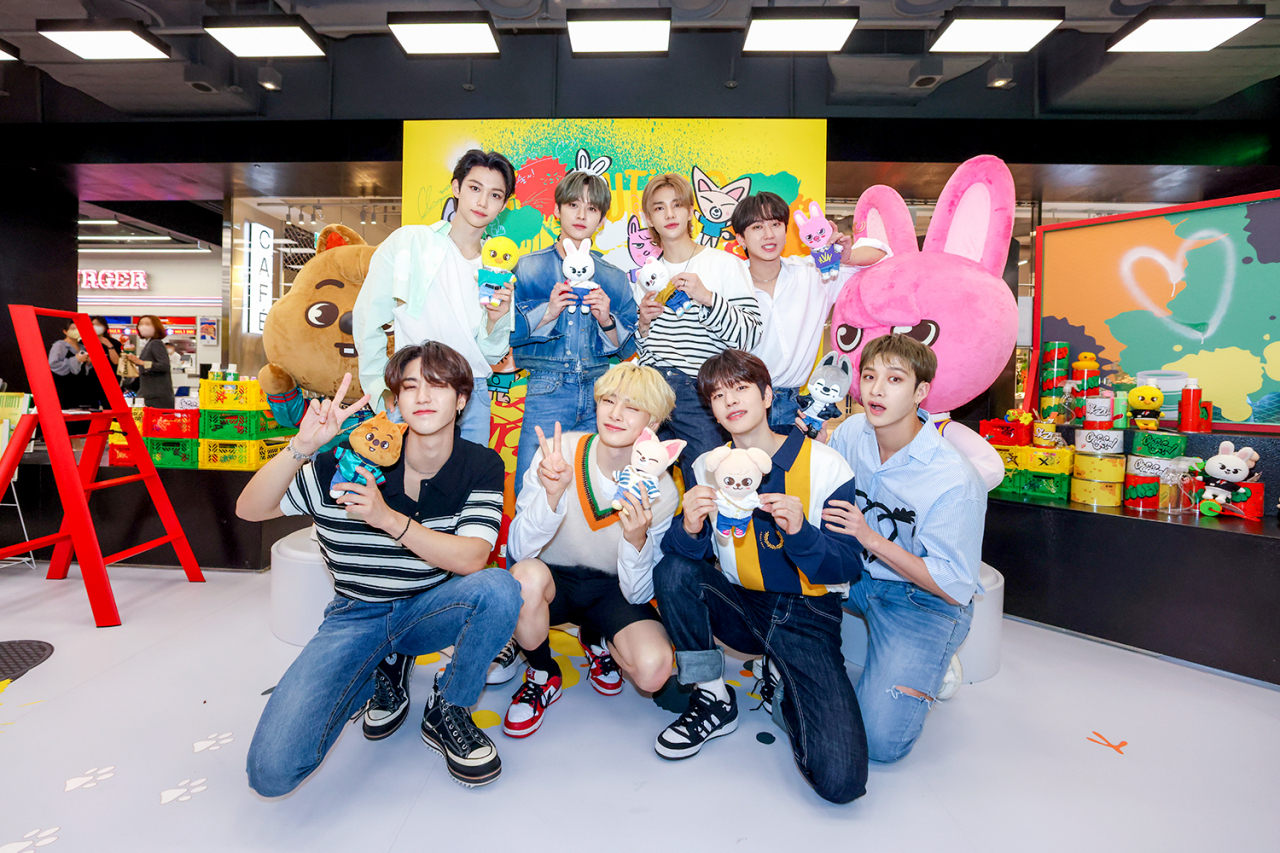 Stray Kids pose at their pop-up store “Stray Kids x SKZOO Pop-up Store ‘The Victory’ in Seoul” on May 30 at The Hyundai Seoul in Yeouido, Seoul. (JYP Entertainment)

On May 30, thousands of fans flocked to The Hyundai Seoul in Yeouido during the early morning hours to line up for Stray Kids’ pop-up store. A long single-file queue at Yeouido Station Exit No. 3 connecting the department store to the subway station was jam-packed, hours before the event opened its doors at 10 a.m.

Dubbed “Stray Kids x SKZOO Pop-up Store ‘The Victory’ in Seoul,” the animal character-themed set was designed after the boy band. According to JYP Entertainment, the 17-day event offered 40 different types of merchandise -- including food, beverages and photo spots -- and attracted 21,700 visitors.

The company added that the Stray Kids pop-up had record-breaking daily and cumulative sales compared to all others held at The Hyundai Seoul’s iconic pop-up zone.

In recent years, the ongoing trend in K-pop is hopping on the pop-up shop train by opening temporary stores in the Korean capital to showcase exclusive merchandise and content. Apart from creating music and videos with high production value, producing top-notch merchandise and exclusive content for pop-ups are becoming a popular formula. 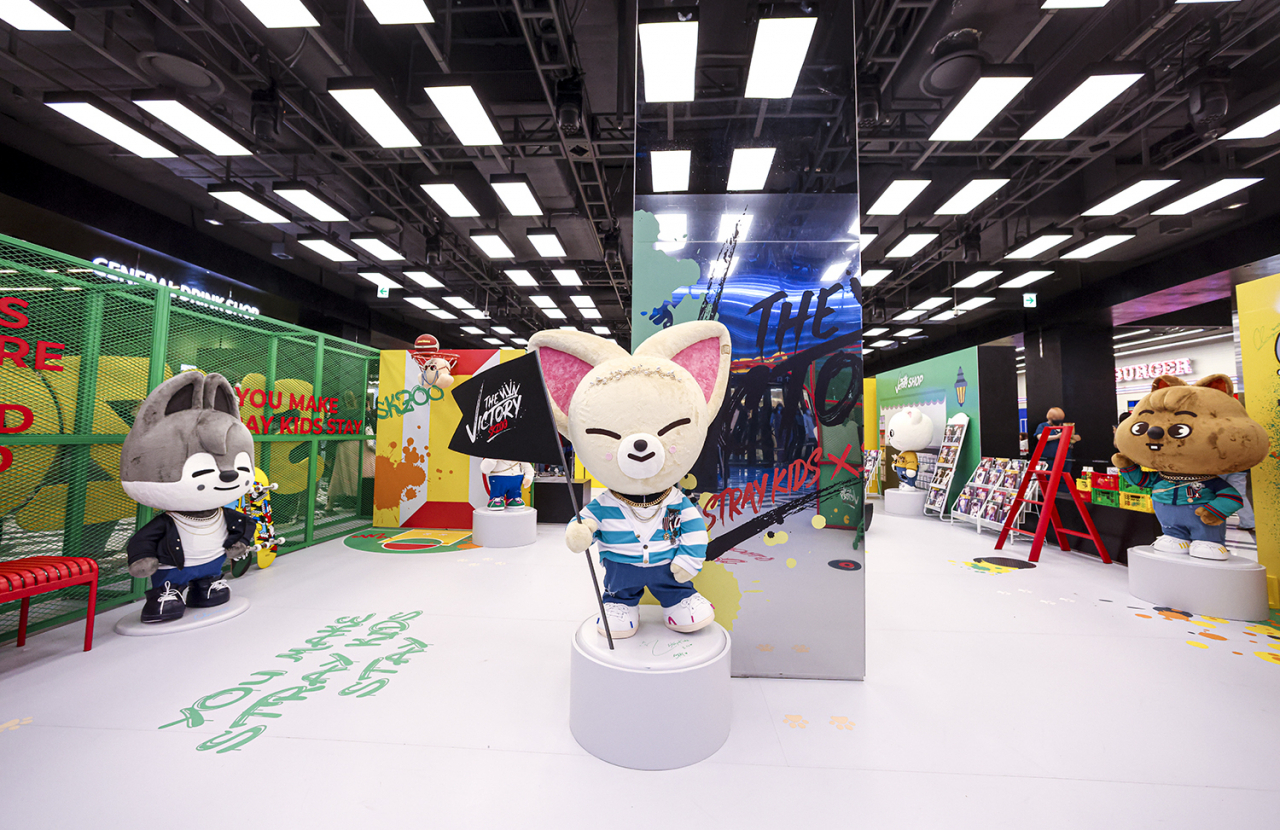 If social media culture has heavily contributed to K-pop bands’ stardom, K-pop agencies have settled on a strategy of creating a brand to win the hearts of new customers through pop-up stores.

Open to everyone, the flash retail events offer visitors and fans a hands-on experience of the band’s latest releases. As K-pop groups rarely stick with one concept throughout their musical careers, companies tend to offer short-term sales spaces for each stylistically unique comeback.

New musical projects peel away another layer of the lore, and fans can revel in the excitement by visiting the pop-up store, which leads to continuous support. A pop-up store’s short life span is the key characteristic that makes it appealing to “fansumers,” a term combining the words fans and consumers.

“Pop-up stores can be content on social media, and such content has shifted from long to short form, meaning fans have found more ways to enjoy the event online. Fans can transform and recreate offline store content into modules for different audiences, which can garner a wider fanbase (for the band) and build hype as a result,” Yoo Seung-chul, an associate professor of media convergence at Ewha Womans University, told The Korea Herald. 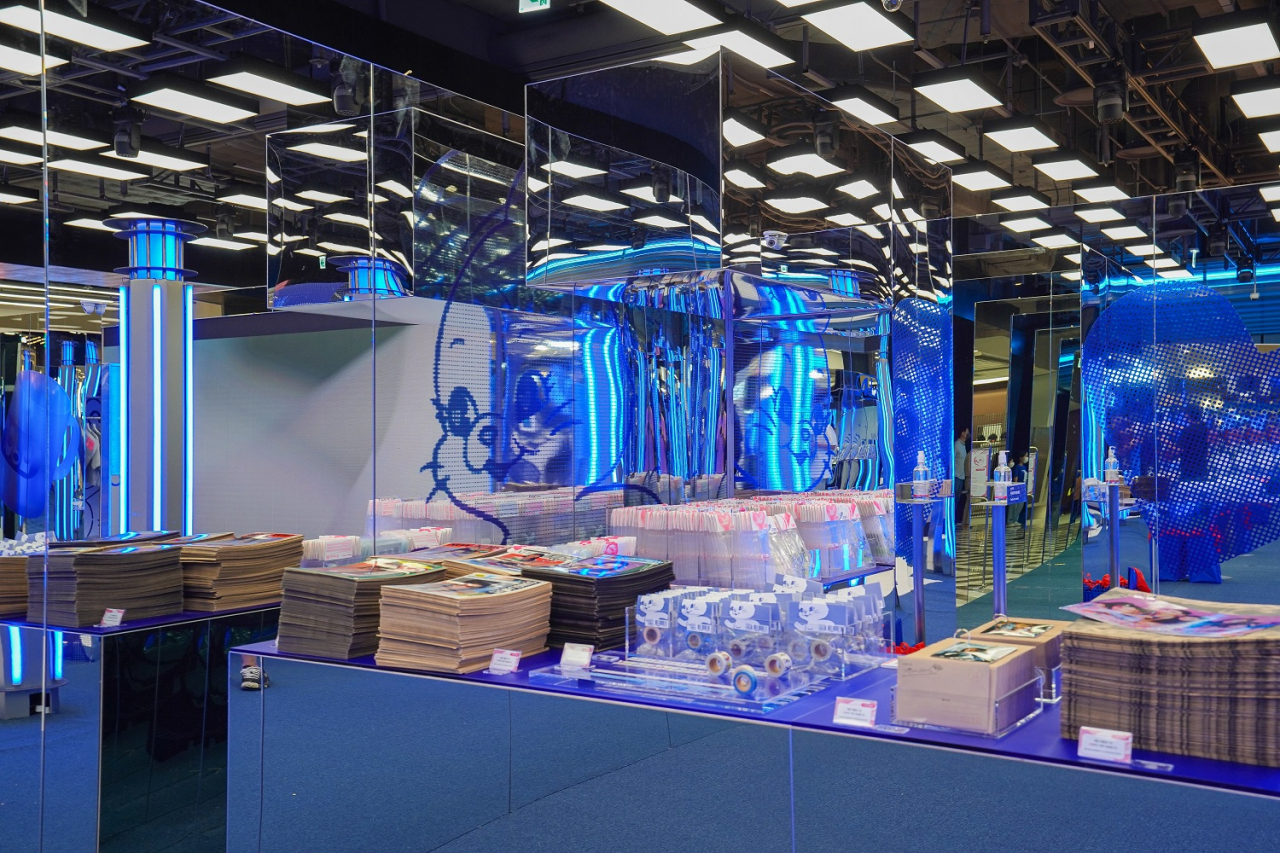 Adopting such out-of-the-box strategies can also be helpful for K-pop companies. They create a framework for generating revenue, while idols and fans can maintain an intimate relationship. This helps build a loyal community, and K-pop idol groups gain a strong following from a dedicated fanbase through various specialized events.

Not only are pop-ups a low-cost marketing strategy for K-pop companies, but fans and visitors help generate buzz. After visiting the store, fans go on social media to document their visits. This content can reach non-fans on the platform, allowing the band to engage with new audiences.

“SM Entertainment’s pop-up store made me realize that it tried to make money via idols’ commercial goods. I think the company’s fandom marketing succeeded since I wouldn’t have gravitated toward the products if it wasn’t Red Velvet or Exo,” said Ju Young-eun, a 23-year-old K-pop fan.

Even before the pop-up craze hit the K-pop scene, character merchandise for BTS hit the shelves in a bid to show a trendy lifestyle at the BT21 pop-up store in 2017. Exclusive merchandise such as dolls, clothing, cushions and other character products were launched at Boon the Shop in Cheongdam-dong, southern Seoul, by Line Friends. 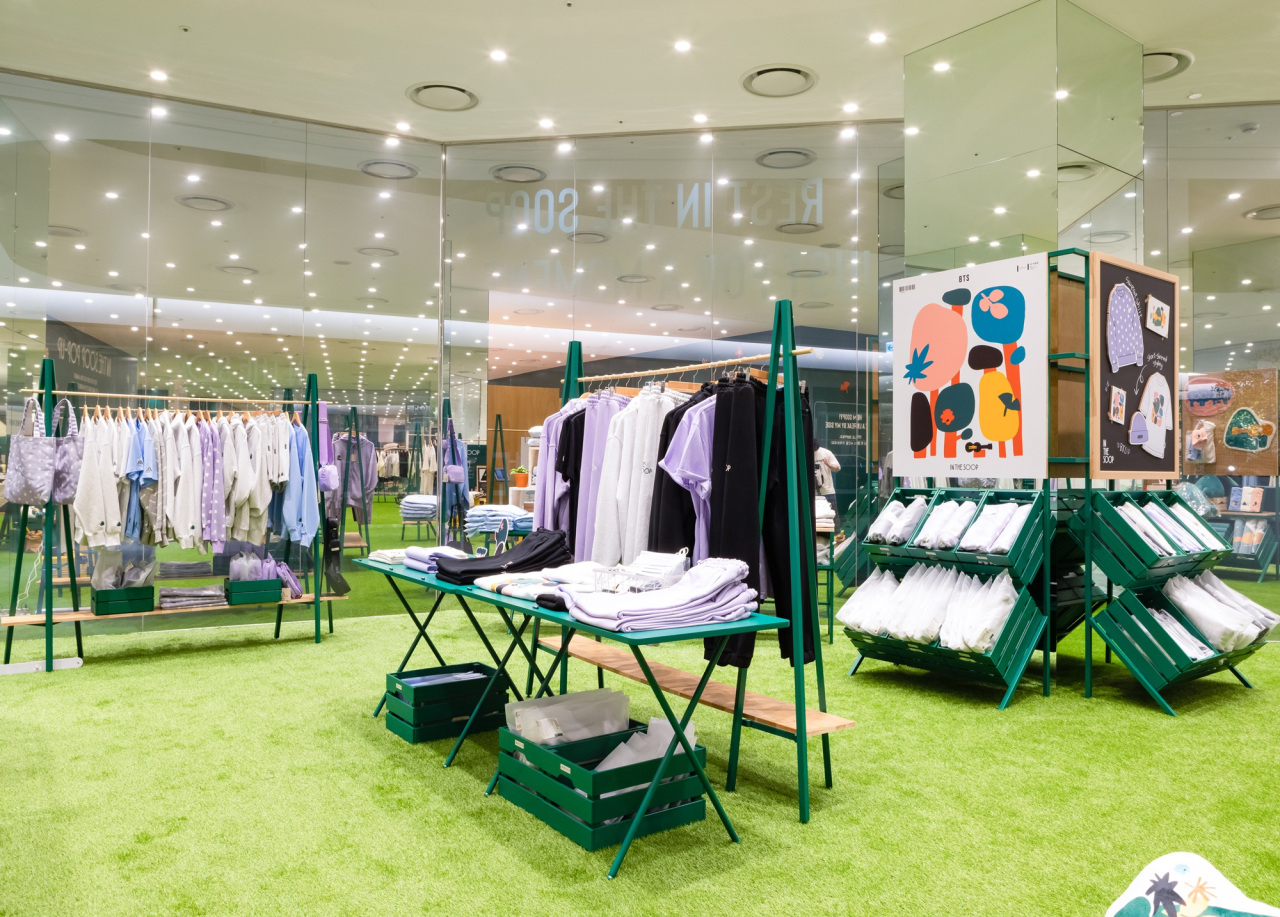 Now, K-pop’s stock has risen to such great heights that international brands are waiting in line to collaborate with idols.

In June, Sanrio, the character content brand behind Hello Kitty and friends, teamed up with NCT for a new line of merchandise. The brand designed an NCT-themed pop-up store where the boy band’s animated characters lived in NCT Town and offered goodies like pajama sets and photo zones in the pop-up store, which ran until Aug. 21 in Seongsu-dong, eastern Seoul. 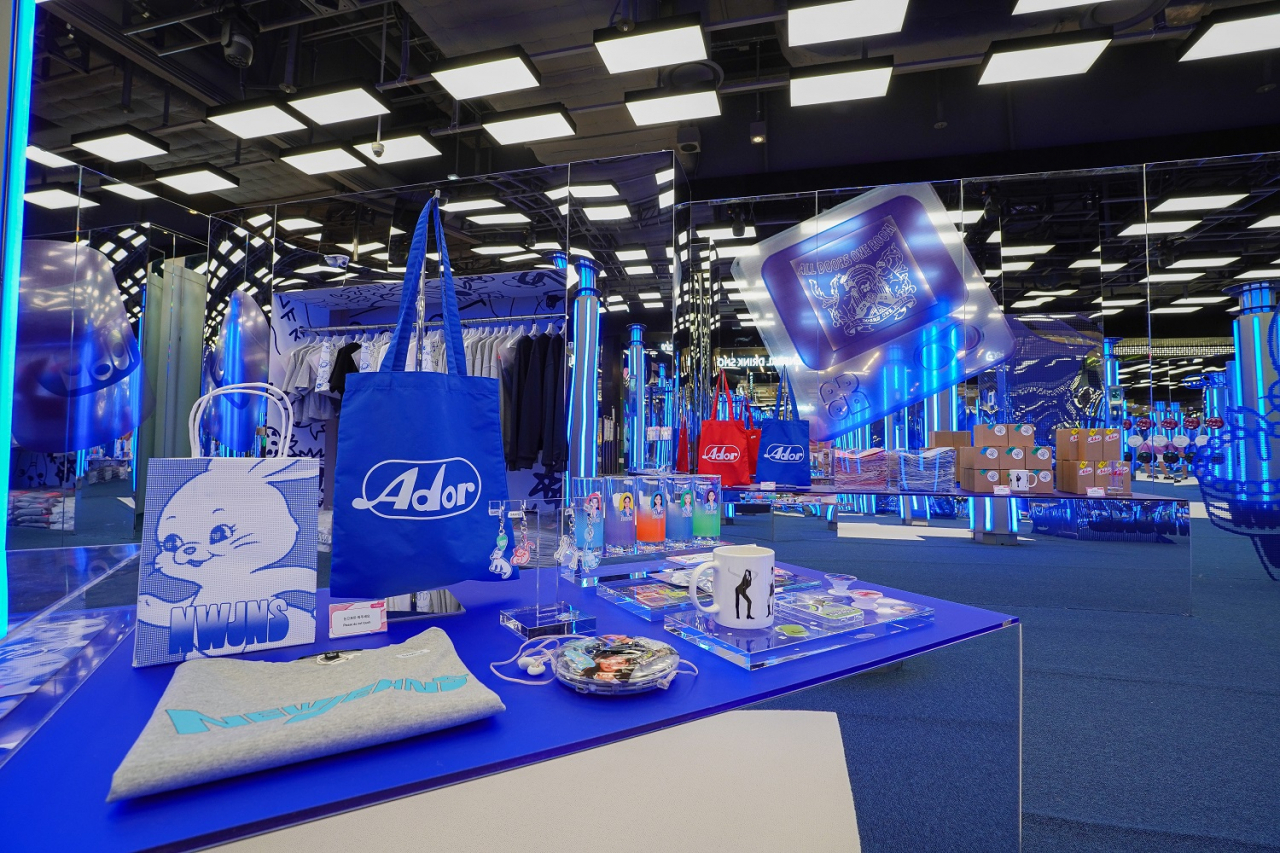 The group beckoned fans to visit the space less than a month into its debut and attracted more than 17,000 visitors during the three-week event, according to the band’s label Ador. Not only did fans enjoy access to exclusive merchandise, the pop-up store also turned into a place where fans directly experienced the band’s concept and identity.

Visitors engaged in activities like listening to the band’s tracks and watching music videos screened within the store. Fans also enjoyed a solo version of “Hurt,” a track on NewJeans’ debut album, which each member recorded. Video clips of the band were exclusively unveiled at the event as well. 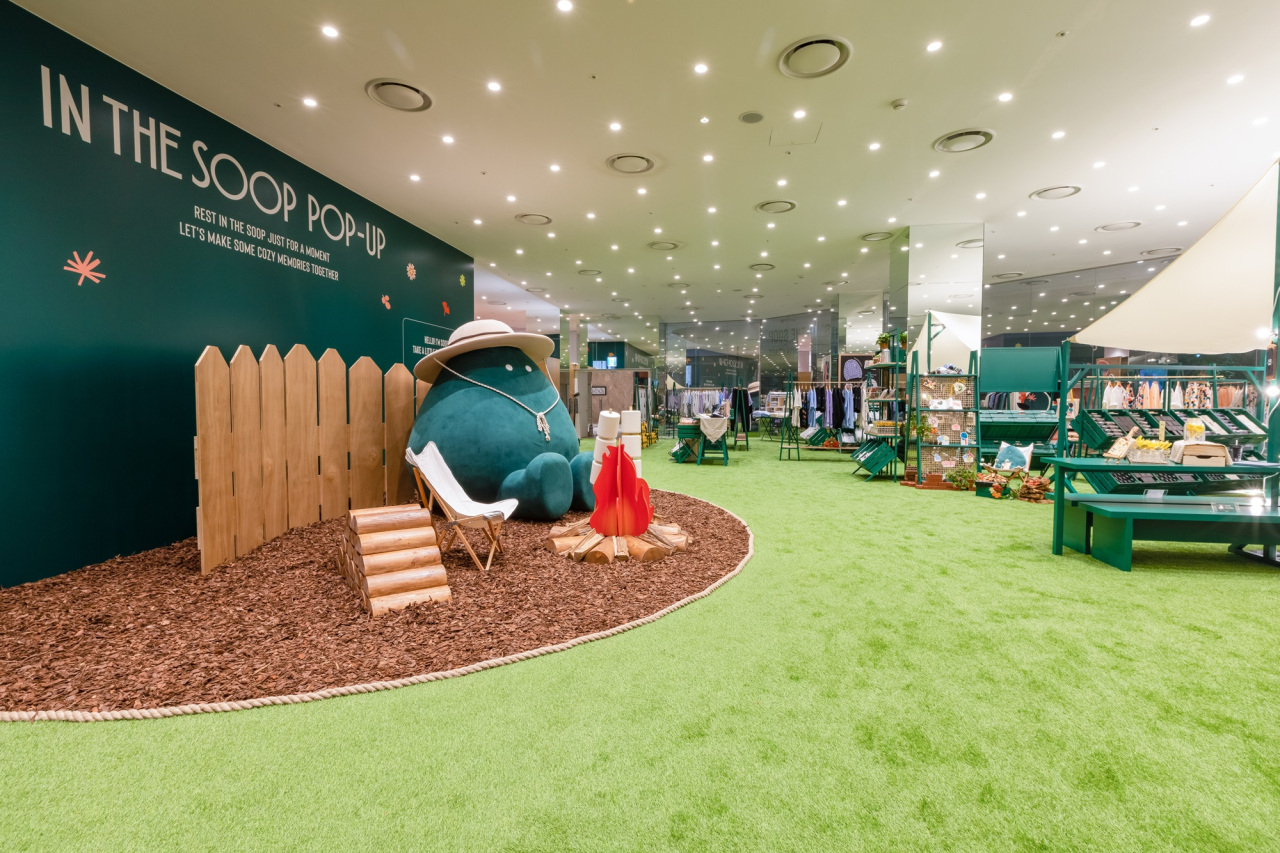 Last year, Hyundai Department Store and Hybe jointly launched a pop-up store called “In the SOOP” at The Hyundai Seoul in Yeouido.

The two said the launch of the event was part of its efforts to open up diverse experiences to consumers, especially millennials and Generation Z, who are growing rapidly as a major customer base.

According to Hyundai Department Store, the number of posts on Instagram with the hashtag #TheHyundaiSeoul was 186,000 as of early September 2021, the largest number among Korean department stores. 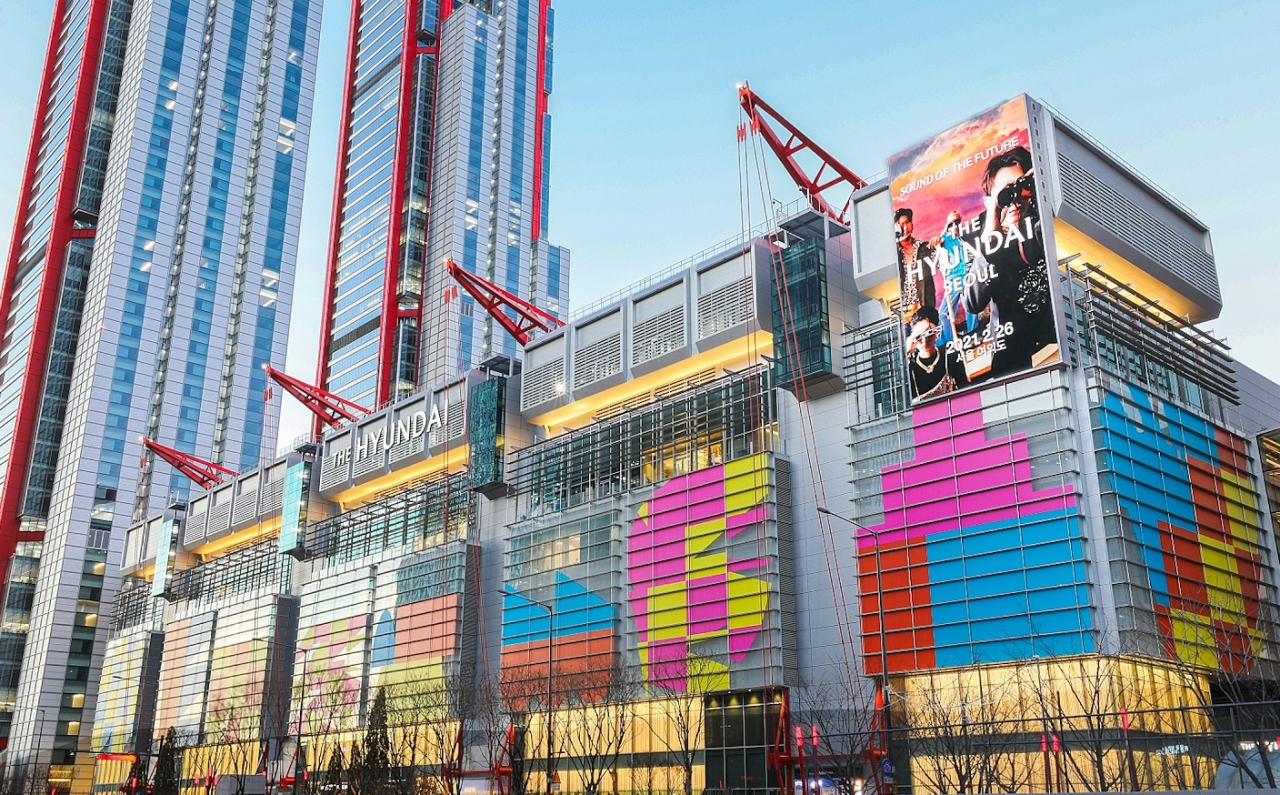 “Pop-up stores are part of our marketing strategy to attract the younger crowd because (millennials and Generation Z) are the ones who can take social media by storm. If companies wish to showcase something, they need that, which is why agencies tend to open their stores here and vice versa; we can turn fans into our customers,” an official at Hyundai Department Store told The Korea Herald.

But not all agencies can open pop-up stores right away. According to the official, it takes three months to reserve a spot, since many brands are eyeing a place at the department store.

“Lending a spot for idol pop-ups is a win-win strategy where we can team up with K-pop companies. We can provide visitors with new shopping styles and cultures through K-pop pop-up stores, and agencies can use this opportunity to showcase their merchandise and band’s albums to guests,” the official added.