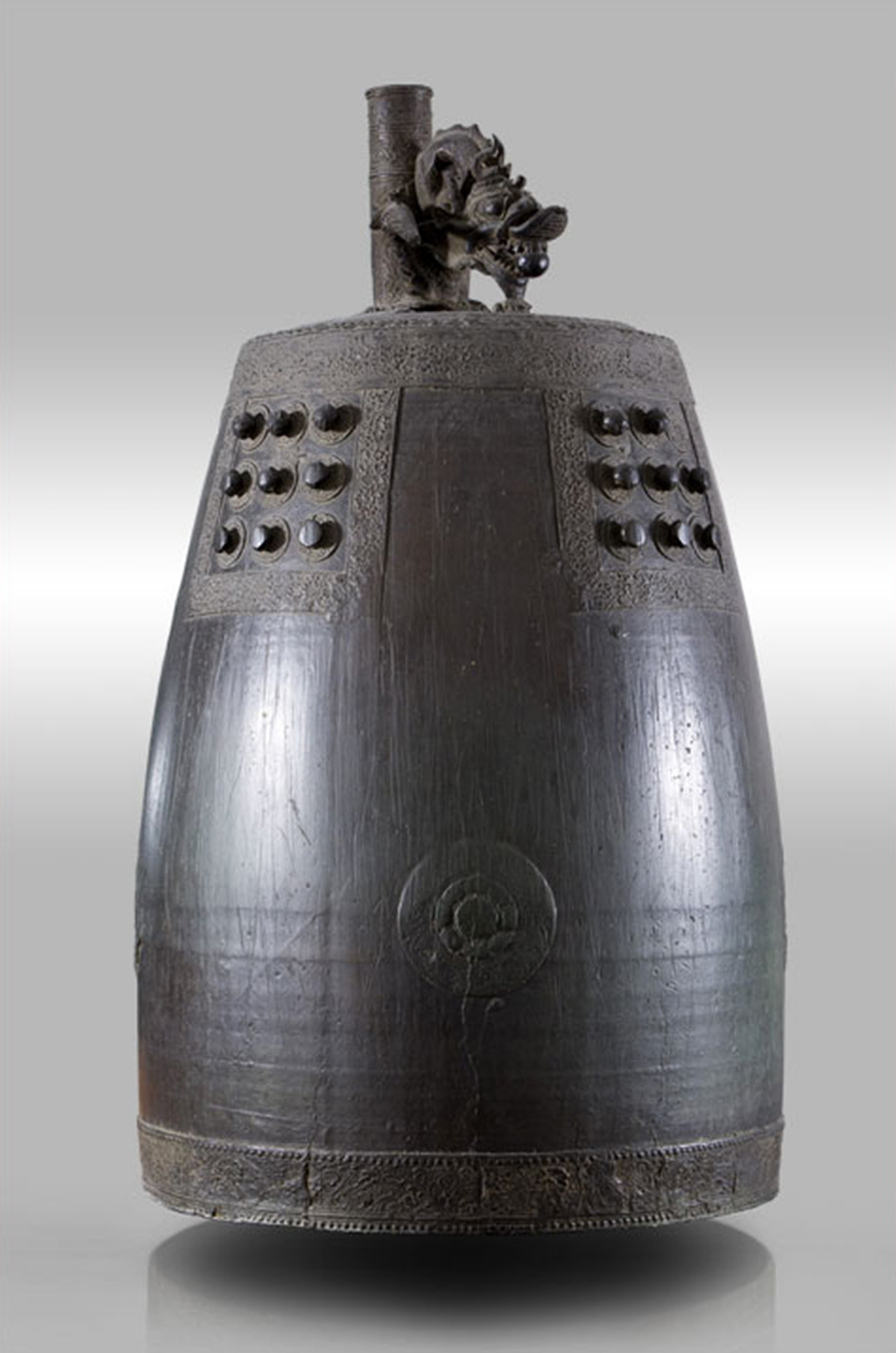 Bronze Bell of Cheonheungsa from the Goryeo Kingdom, National Treasure No. 280, is on display at the National Museum of China in Beijing. (CHA)

The National Museum of Korea issued an apology Tuesday evening over the recent controversy surrounding the omission of two ancient Korean kingdoms in a chronology of Korean history at a National Museum of China exhibition in Beijing.

"It is our mistake that we trusted the Chinese side (in preparing for the exhibition), and there is no excuse," Yoon Sung-yong, head of the National Museum of Korea, said in a press statement. "As the director of NMK, I will accept any criticism from the people and apologize to them." He also vowed to prevent any such recurrence.

The exhibition, titled “Auspicious Metals From the Orient: Ancient Bronzes of China, Korea and Japan,” which opened in July, is jointly organized by the national museums of the three countries to celebrate the trilateral relationship and commemorate the 30th anniversary of diplomatic ties between South Korea and China.

The NMK sent an official letter the same day, demanding correction of the chronological table and an apology from the Chinese state-run museum. Two days later, the NMC took down the table in question. No apology was issued.

On Saturday, Li Zhanshu, chairman of the standing committee of the National People’s Congress, briefly commented during a visit to Seoul that the incident "should not have happened." Adding that "historical research can be discussed through academic exchanges," he also said that he hoped the issue would not have an impact on Korea-China relations.

Museums regularly loan their artifacts to other institutions. Typically a team of experts are sent to the recipient museum who monitor the conditions throughout the installation process, including whether the description panels are placed as requested by the sender museum.

However, an NMK official told The Korea Herald that no one from the museum had visited the Beijing museum for the joint exhibition. The official added that all preparations for the exhibition, including the inspection of the conditions and display of the relics, had to be carried out solely online due to the pandemic.

The NMK said it would supplement the current standard agreement on the exhibition of cultural heritage overseas to ensure that the exhibition content does not differ from what was originally agreed upon.

Since the early 2000s, the ancient history of Korea has been a sensitive issue in Korea-China relations. China, through launching the "Northeast Project" via the Chinese Academy of Social Sciences, has sought to incorporate Korea's ancient kingdoms as part of northeastern China's regional history.