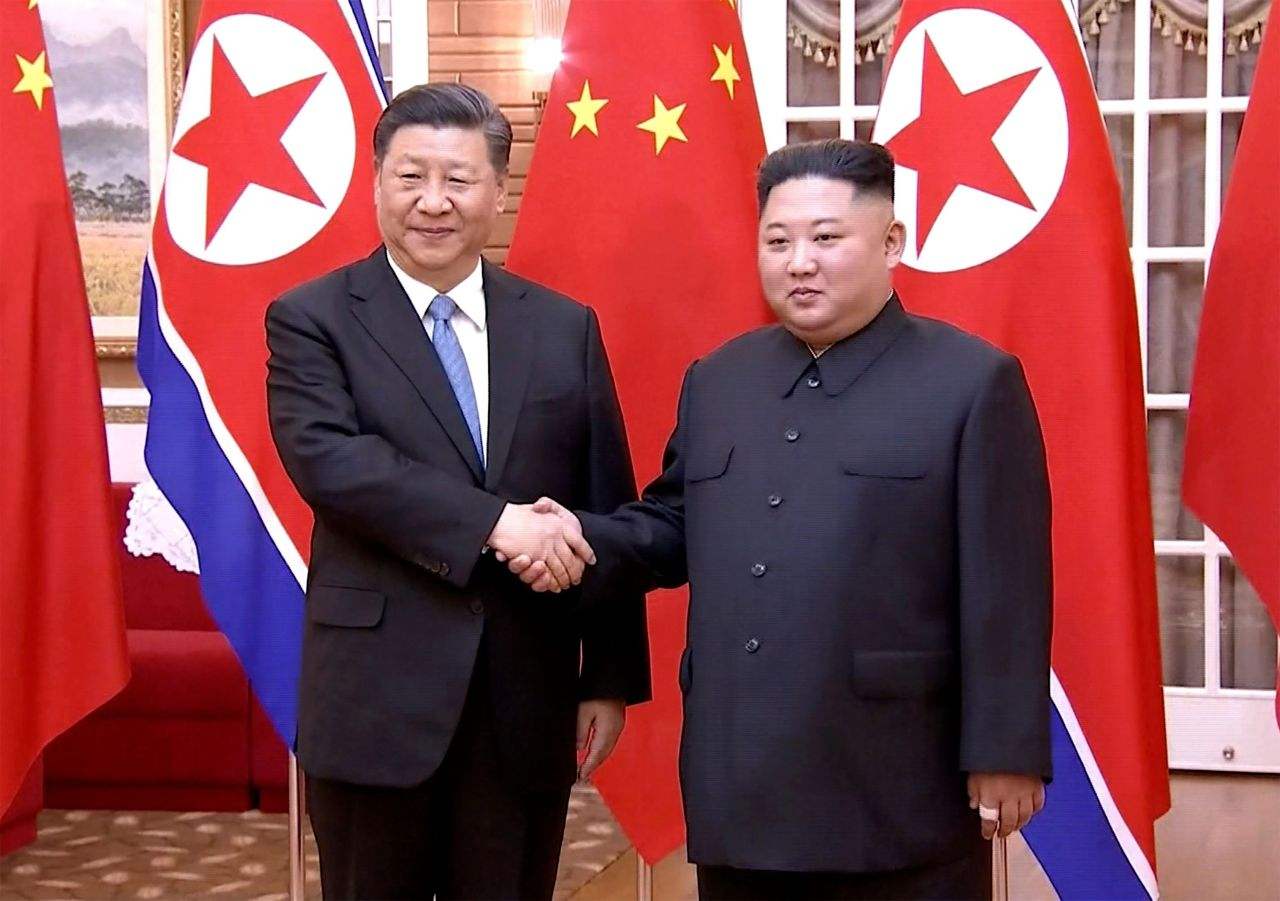 In a letter to Chinese President Xi Jinping, North Korean leader Kim Jong-un stressed that relations between the two sides will continue to grow despite "heinous isolation" from "hostile forces," according to Pyongyang's state media Wednesday.

"The constant support and encouragement by the general secretary and the party, government and people of China are ... victoriously advancing socialism despite the hostile forces' heinous isolation and blockade moves and the world health crisis," Kim wrote in the reply to Xi's congratulatory letter on the 74th birthday of the North on Sept. 9, the official Korean Central News Agency (KCNA) reported.

He added that the traditional and strategic relations between the two countries that were "consolidated in the struggle for socialism" would steadily develop onto a "new high stage."

The North has reportedly received food and medical assistance from China as it grapples with sanctions and the prolonged border closure due to COVID-19. (Yonhap)