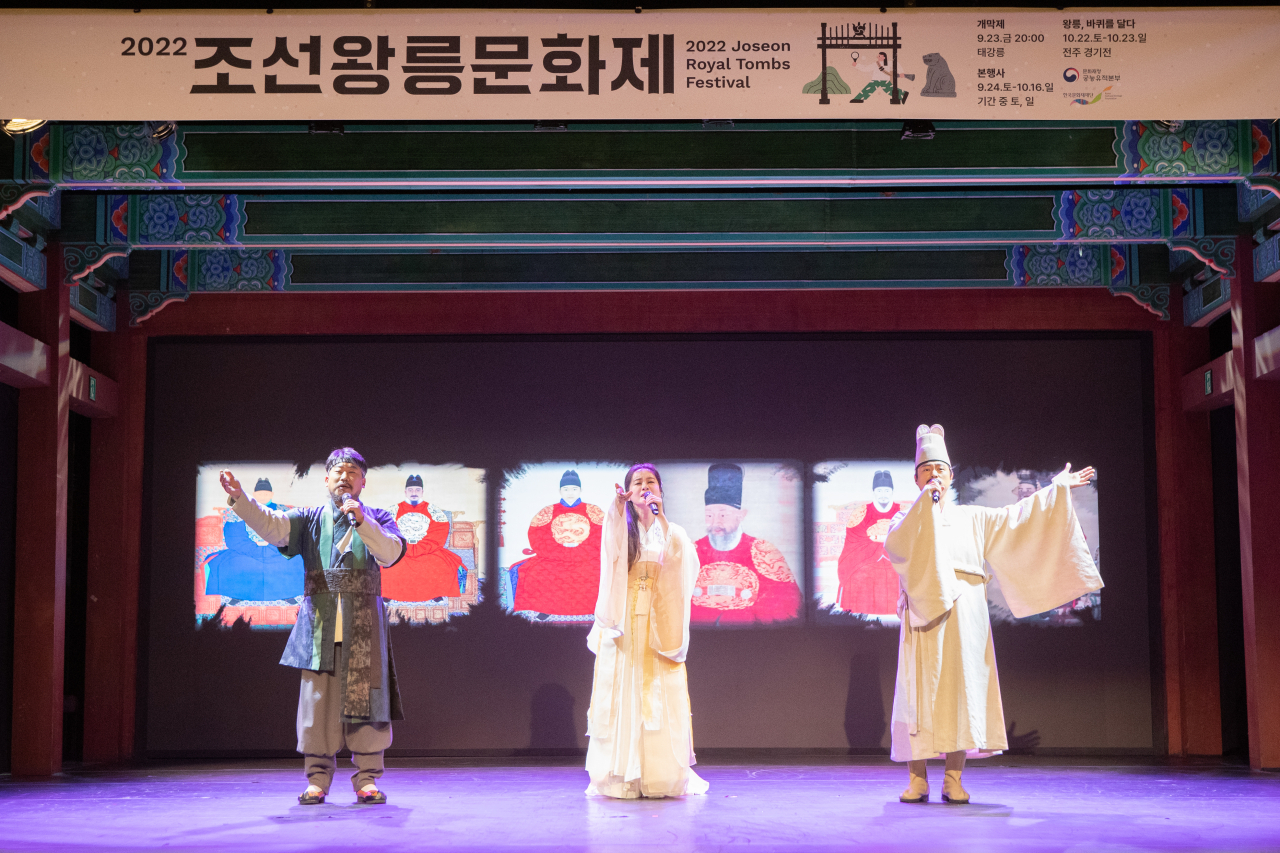 Actors perform highlights of the "Gardens of Gods" during a press conference on Tuesday at the Korea House in central Seoul. (KCHF)

Tradition and technology will converge at the 2022 Joseon Royal Tombs Festival, set to kick off Friday.

Under the title "New Vision for Joseon Royal Tombs," the third edition of the festival aims to promote the historical significance of the UNESCO-listed royal tombs of the Joseon era, according to the festival’s organizers, the Cultural Heritage Administration and the Korea Cultural Heritage Foundation.

This year's festival will be held across nine royal tomb sites in the greater Seoul region through Oct. 16. After a weeklong break, the festival will move on to Gyeonggijeon Shrine in Jeonju, North Jeolla Province, where it will run from Oct. 22-23.

The history of the royal tombs will be presented using high-tech methods such as projection mappings, holograms and drones. 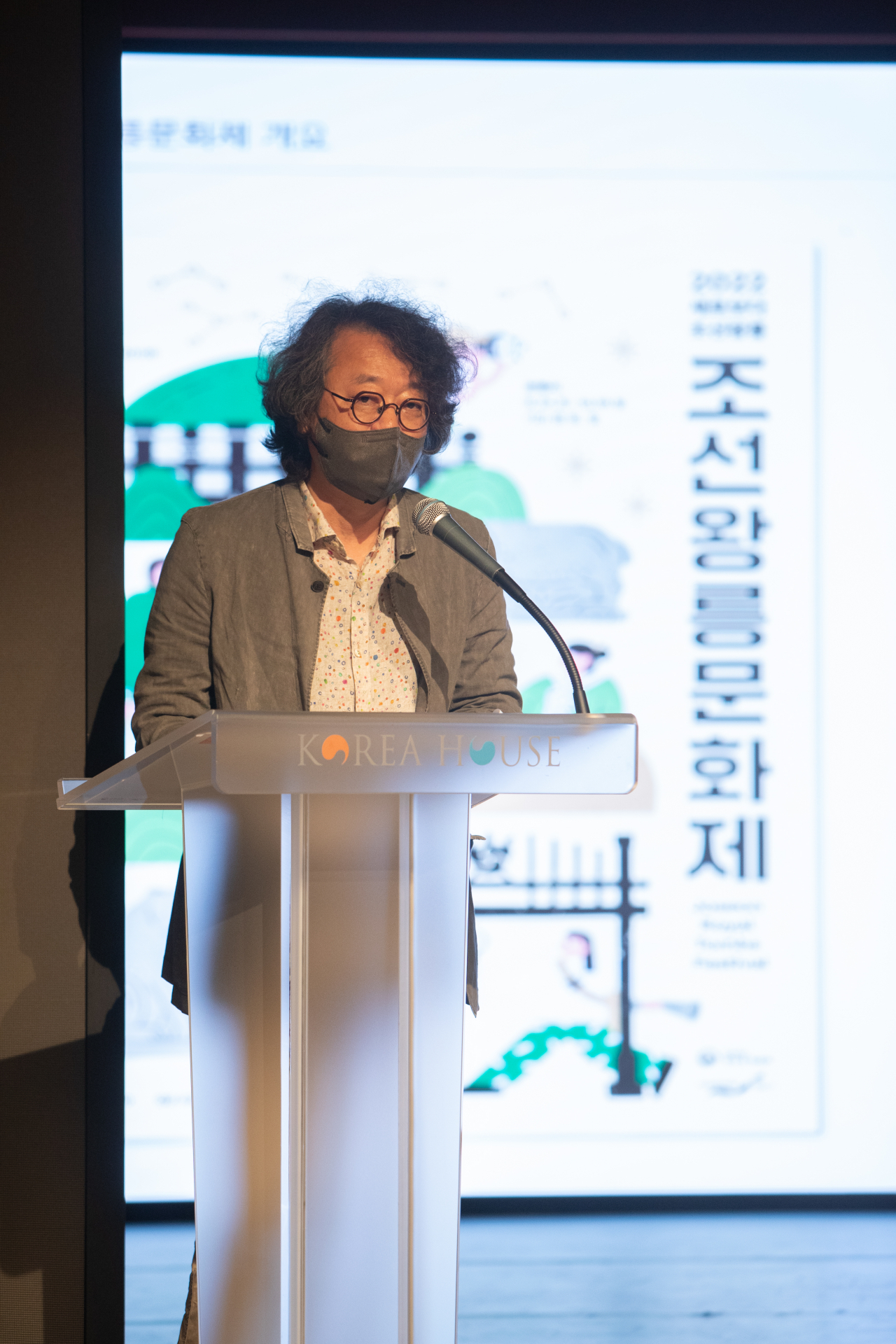 "One of our core aims was to make each content as intuitive as possible in its storytelling, so that foreigners can also enjoy the event without difficulties in comprehending them," Cho Hyung-jae, artistic director of the festival, told The Korea Herald on Tuesday. The director added that visitors can enjoy evening strolls around some of the royal tombs during the festival period.

The opening ceremony will be held at 8 p.m. on Friday at Taeneung and Gangneung, in northern Seoul, followed by a series of cultural events.

"Gardens of Gods" is a video projection-based musical performance, which artistically reinterprets a royal funeral of Joseon. The 50-minute performance will begin at 7:30 p.m on Saturday and Sunday, at Hongenung and Yureung. From Oct. 1-2, the performance will be held at Seolleung and Jeongneung.

"Nova Scorpii 1437" is a sky drone show which depicts the story of King Sejong and Jang Yeong-sil, a scientist and inventor of the time. Four hundred drones will be in the air for the 20-minute show that takes place at Yeongneung on Oct. 7 and Oct. 8.

Up to 800 people are allowed per session for both performances, and online reservations are required.

Detailed schedules are available at the festival's official website. Tickets for the opening ceremony and other events that require reservations can be booked through the ticketing website Interpark.