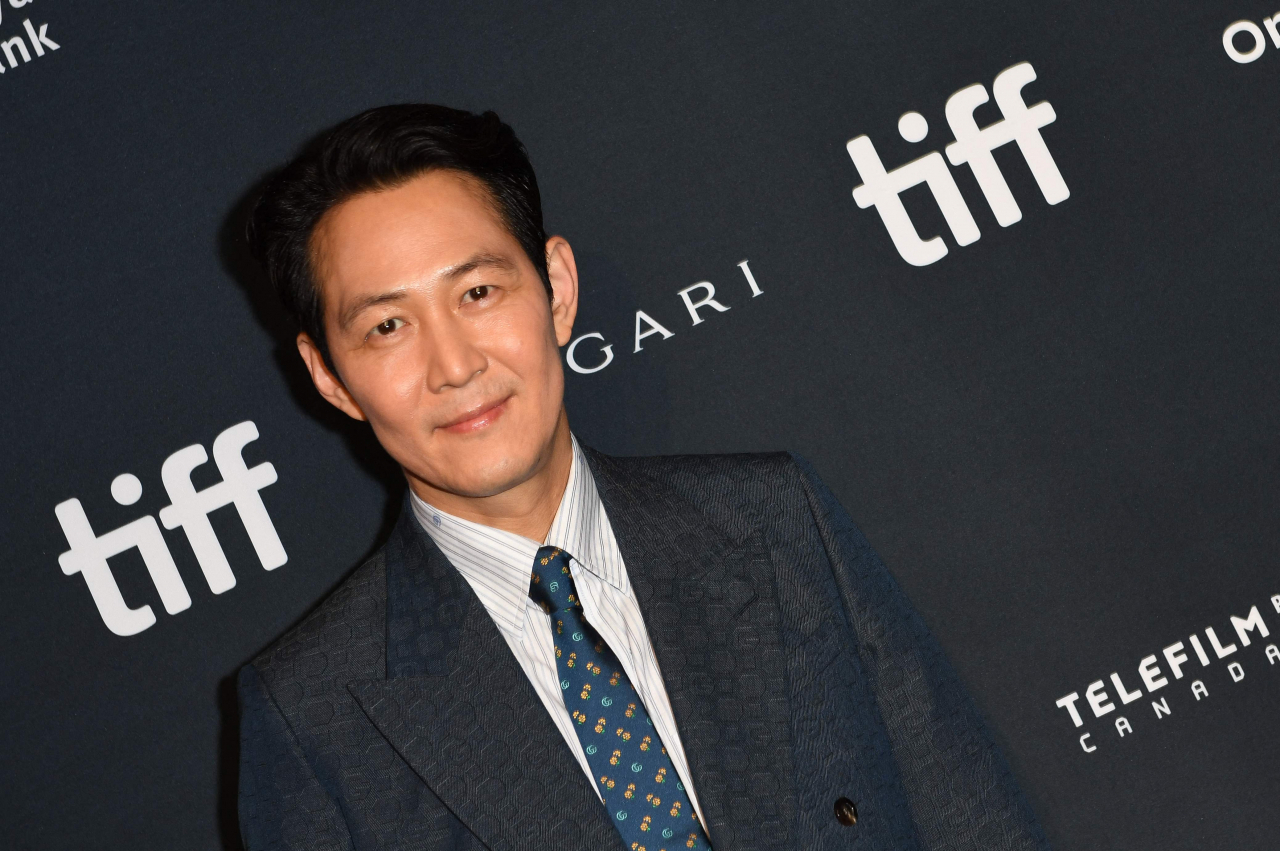 “I’m not going home until I make it big.”

Just as Lee Jung-jae said through the words of Lee Han, the character in his first-ever movie gig, “The Young Man” in 1994, the now internationally acclaimed actor returned home Sunday after becoming the first Asian ever to win for best actor in a drama series at the Primetime Emmy Award last week.

A day after his win, it was confirmed that Lee’s big-screen debut will be rereleased in local theaters on Sept. 29, offering fans a peak at the early days of the “Squid Game” star. 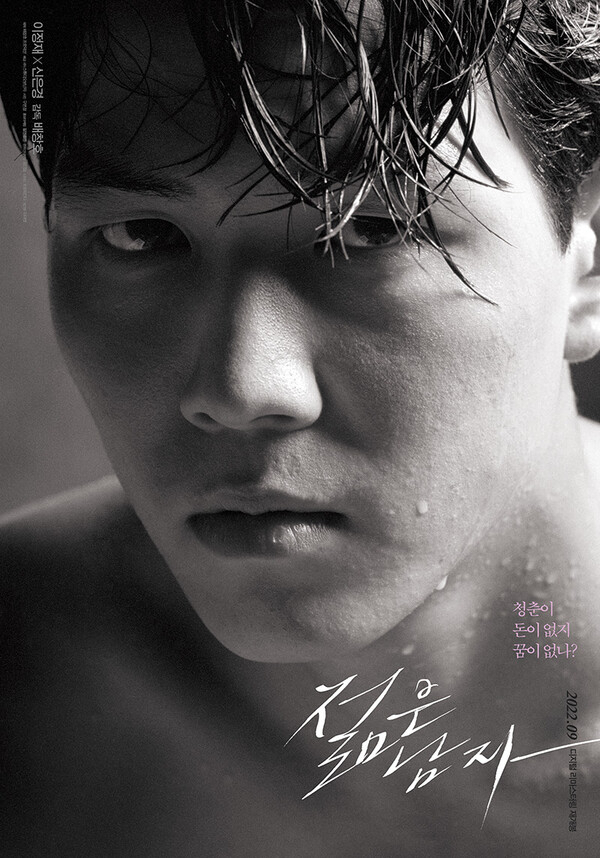 Lee Jung-jae is seen on the poster for “The Young Man.” He was 21 years old. (Studio Bonanza)

The rerelease is not a mere attempt to cash in on Lee’s recent success, but is meant to commemorate the 40th anniversary of “The Young Man” director Bae Chang-ho’s debut. In an interview with local media, Bae reminisced on how he felt Lee epitomized the image of Generation X in Korea, as a free-spirited, ambitious young man not afraid of what other people thought of him.

Lee’s performance in the flick won him recognition for best new actor at major film award shows, including Korea’s most prestigious Grand Bell Awards and Blue Dragon Film Awards. But his reputation as a thespian with a strong presence was not won overnight, with critics often viewing him as just another pretty face on the screen.

Pretty face on quest to prove worth

While Lee made a name for himself with his screen debut in 1994's hit TV drama “Feelings,” it was his subsequent appearance in a supporting role in 1995 drama “Sandglass” that earned him nationwide fame. His portrayal as a solemn bodyguard was a sensational hit, and there were floods of petitions to urge broadcaster SBS not to kill off his character.

As Lee later admitted in interviews, his character trait as a man of few words was a directorial decision to mask his poor acting skills. The 22-year-old was baffled by the influx of accolades at the time, which he felt was not well earned. 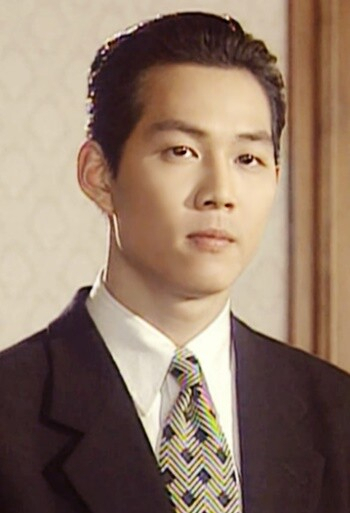 “I was cast as a fashion model while working at a coffee shop, then I shot a chocolate commercial, and got a gig in ‘Sandglass’ and ‘The Young Man.’ All this happened within a year and I was confused,” he said later in an interview in 2013, marking his career spanning 20 years. “I didn’t know how to act but I had work to do, so I made so many mistakes. It was embarrassing and stressful, so I decided to enlist to the military.”

Still confused as to how he was able to win so many awards, Lee served his mandatory duties as noncombatant military personnel. Despite his personal doubts, Lee continued his winning streak with the critically acclaimed “City of the Rising Sun,” for which he won best actor at the Blue Dragon Film Awards and the Korean Association of Film Critics’ Awards.

He also became lifelong friends with co-star Jung Woo-sung, who would go on to work with him on several projects in the decades to come.

What followed, however, was nearly a decadelong slump in his television career, coupled with middling successes on the silver screen that were few and far between. After the success of “Squid Game,” Lee admitted in interviews that there had been times when he felt cornered, struggling between financial problems and a lack of good scripts.

The 2010s marked a turning point for Lee’s career, starting with his appearance in 2010 thriller “The Housemaid.” In the film directed by Im Sang-soo, Lee played the authoritative patriarch, leaving an impression on the audience while playing opposite the internationally acclaimed Jeon Do-yeon and Yoon Yeo-jeong.

Lee went continued his winning streak with heist film “The Thieves" in 2012, featuring an ensemble cast consisting of big names like Kim Yoon-seok, Kim Hye-soo, Jun Ji-hyun and Kim Soo-hyun. It became the most financially successful Korean film at the time. It still remains No. 6 on the all-time Korean box office list.

“The Thieves” director Choi Dong-hoon and co-star Jun would reunite with Lee in another smash hit film, “Assassination" in 2015. The period piece portrayed the fictional assassination attempt on Japanese military leaders during Japan’s 1910-1945 colonization of Korea.

Lee played another man caught between two worlds just two years earlier in crime-thriller “New World" in 2013, where he portrayed an undercover cop having an identity crisis while his yearslong infiltration of the biggest corporate crime syndicate in the country. Despite sharing screen time with Choi Min-sik and Hwang Jung-min, considered among the most accomplished male actors in Korea, Lee’s performance was widely praised and his presence left a lasting impression on the audience. 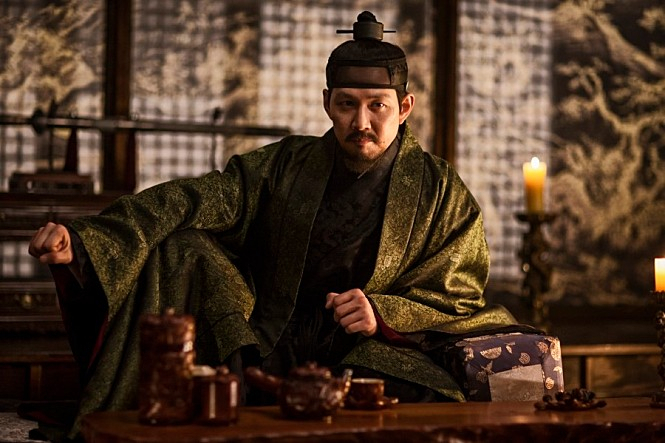 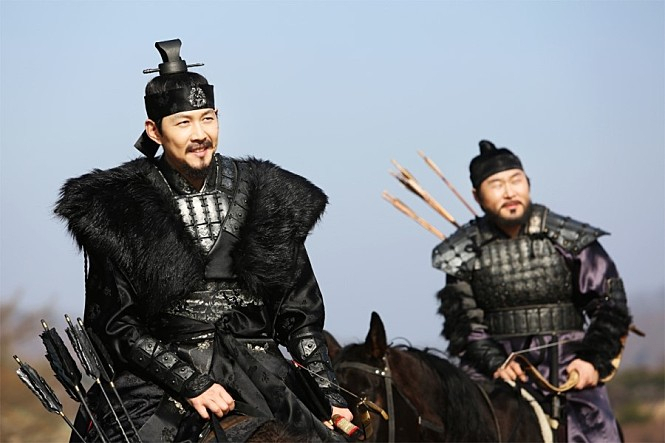 Lee shined in another period piece that opened the same year, opposite Song Kang-ho -- the eventual winner of the best actor award at the 2022 Cannes Film Festival -- in “The Face Reader" in 2013 as the ambitious Prince Suyang, who overthrows his nephew, King Danjong, to ascend as king in the Joseon era.

His first appearance in the flick occurs after over an hour of buildup about the treacherous prince, and is considered one of the most memorable entrances in Korean film. Marked by the bloody corpse of an animal he had just hunted, his scarred, menacing face appears with the monologue of the titular face reader on how Suyang has the face of a traitor.

In 2017 and 2018, Lee played a minor but memorable role as the charismatic king of the underworld in the popular “Along With the Gods” trilogy, and played the menacing hit man in 2020’s “Deliver Us From Evil,” winning actor of the year at the local Asia Artist Awards.

‘Squid Game’ and beyond

Despite his series of home runs on the big screen, Lee did not really have major success on TV, save a moderate hit as the lead for “The Aide: People Make the World Go Round” on JTBC in 2019. While Lee’s career as a film actor took him to new heights in the 2010s, the aforementioned series was the only TV show that he appeared on in the decade.

That was, of course, before his unprecedented international success as the lead of “Squid Game” in 2021. He plays a debt-ridden man down on his luck who partakes in a precarious, deadly game in the show on Netflix, which was highly praised for its social satire and memorable characters, quickly becoming the platform’s most watched show ever. 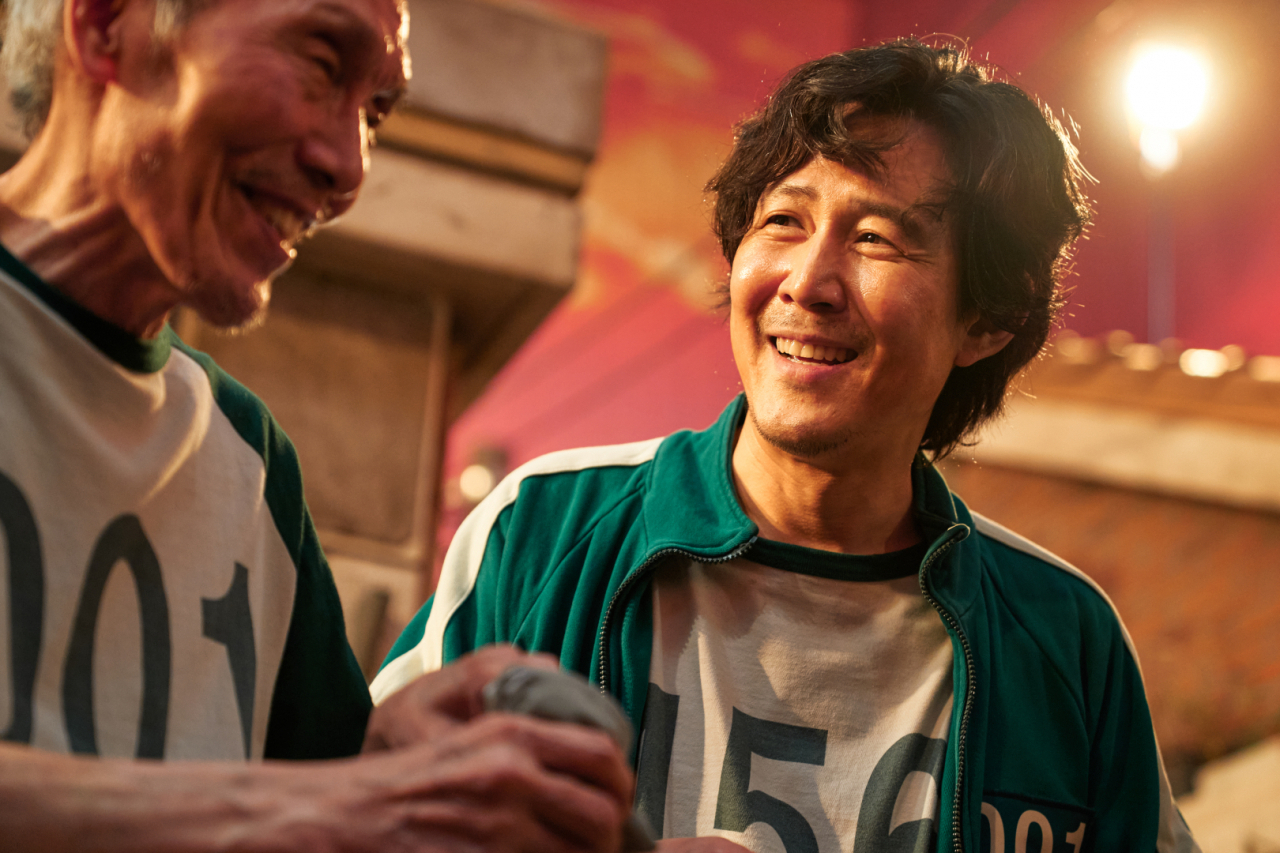 Lee’s global fame also landed him the lead role for the upcoming Disney+ series “Star Wars: The Acolyte,” although information about his character or the release date has not yet been released. What has been confirmed, of course, is Lee’s return as the lead for the second season of “Squid Game,” currently slated for 2024.

At 49 years of age, the Korean movie star is now shooting for a new realm. At the Cannes Film Festival in March, Lee made his directorial debut with the espionage thriller “Hunt,” co-starring with his close friend Jung Woo-sung as rival agents in the Korean intelligence agency during the 1980s. 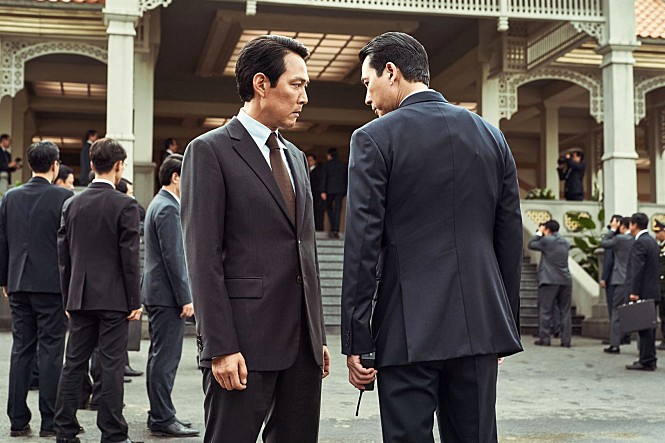 The film received mostly favorable reviews following its Aug. 10 release in Korea, and is now the sixth highest grossing film of the year here.

In a post-Emmys celebratory press conference for the cast of “Squid Game” on Friday, Lee said his biggest joy was that Korean content is being shared and beloved by the international audience.

“Through writing the script for ‘Hunt’ and directing it, I also am beginning to meet with the international audience with Korean content in hand. Such meeting should occur more often in the future,” he said. “I think (we) need to think about how to introduce (to the world) more Korean movies and Korean dramas.”