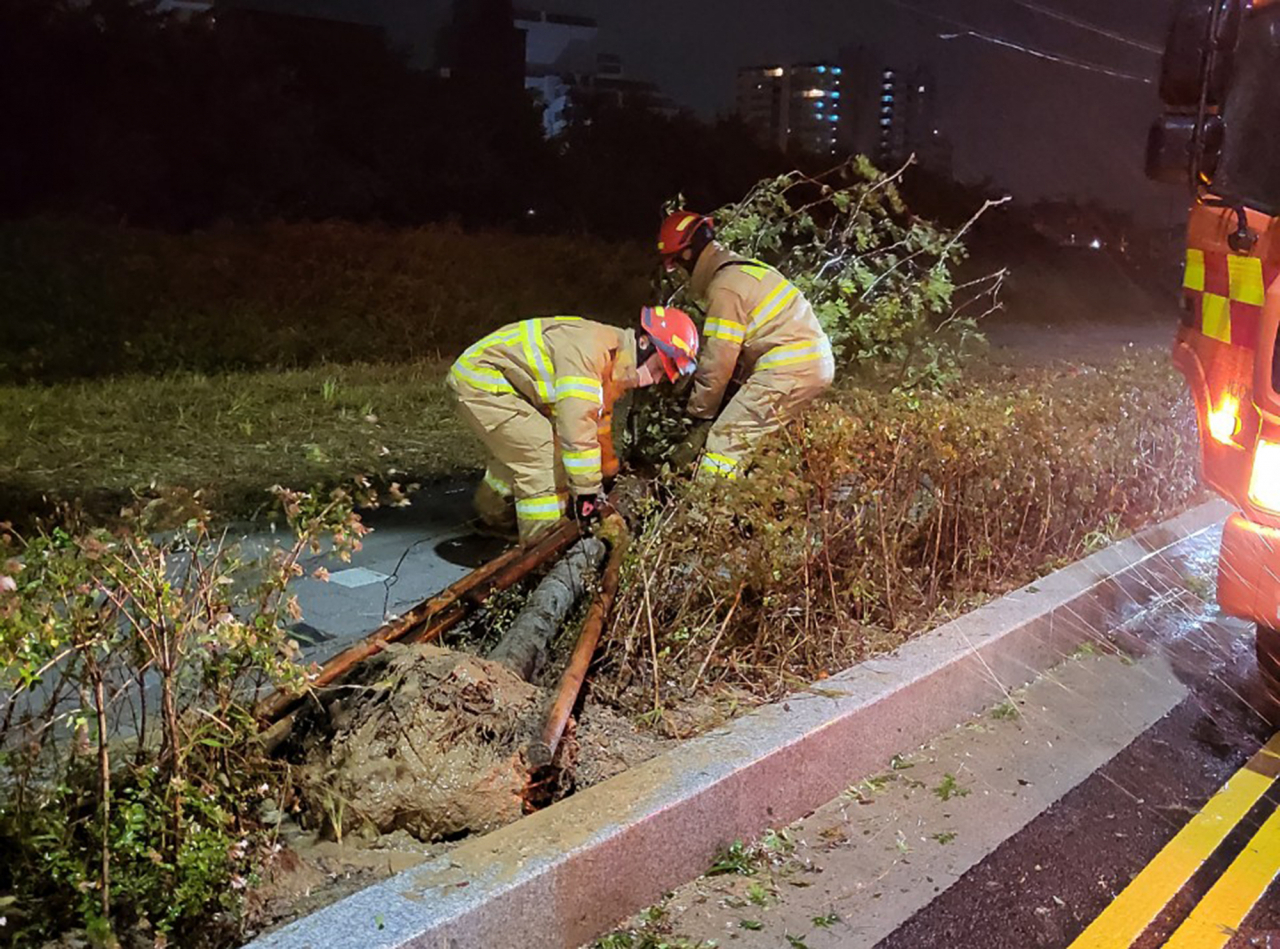 This photo from fire authorities shows firefighters tending a tree that fell over in the wake of Typhoon Nanmadol in Ulsan on Monday. (Yonhap)

With a central atmospheric pressure of 960 hectopascals and a maximum wind speed of 39 meters per second (mps), this year's 14th typhoon was moving north from near Japan's Kagoshima at a speed of 18 kilometers per hour as of 6 a.m., according to the Central Disaster and Safety Countermeasures Headquarters.

Nanmadol is expected to come closest to the southeastern port city of Busan at 10 a.m. before moving out to waters west of Japan's Osaka at 3 p.m.

The typhoon has brought some 50 millimeters of rains in South Korea's southeastern Gyeongsang region, including Busan and Ulsan. Busan was experiencing strong winds of up to 33.9 mps.

One person has sustained minor injuries in Busan after a flowerpot fell over at a subway station. Power was out for up to three hours for hundreds of households in Ulsan between Sunday night and Monday morning.

A total of 772 people from 620 households in North Gyeongsang Province, Busan and elsewhere have evacuated for safety concerns while 101 households in Busan and Ulsan suffered power outages.

Some 50 vessels on 43 routes have been suspended while more than 33 train schedules have been canceled or rescheduled in the wake of Nanmadol.

Through the afternoon, regions around the southeastern Gyeongsang coast are forecast to see winds of up to 35 mps and rains of up to 30 mm per hour, according to the Korea Meteorological Administration. (Yonhap)