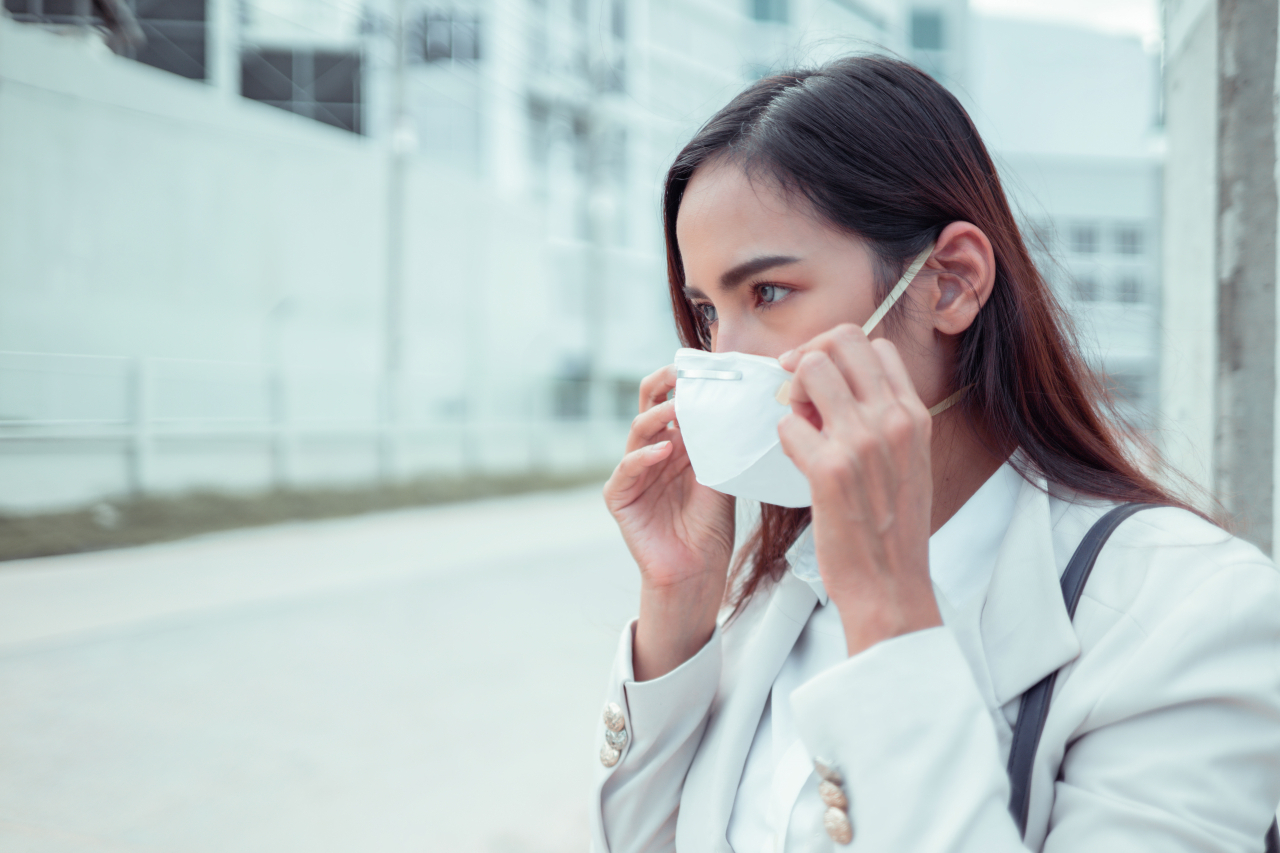 When will the indoor mask mandate come to an end? That is the next question Korea is facing after two years into the pandemic.

The health authorities are cautioning against the move as the daily number of cases show no sign of dropping soon. But that has not stopped some decision-makers to float the idea of bringing an indoor mask ban to an end.

“We would like to begin discussing the transition from the current COVID-19 emergency system to a more normal one,” said professor Jung Ki-suk who heads the government's COVID-19 special response team during a briefing on Friday.

The mask mandate was introduced nationwide in Korea both indoors and outdoors in October in 2020. The outdoor mask mandate was lifted earlier this year, but many still stick to face coverings on the street.

Professor Jung mentioned other countries where an indoors mask mandate has been lifted including the United Kingdom, Germany and Singapore as examples.

“I recently attended an academic forum on respiratory diseases in Europe. Doctors from many countries who study COVID pneumonia were there. And no one was wearing a mask indoors.

“We were seated very closely, giving a lecture and having discussions without a mask. I assume (the behavior) is based on each country’s objective data,” he said.

Given the number of cases and mortality rates, it is time Korea considered following in the footsteps of these countries, he added.

His remarks are in contrast with those by Lim Sook-young, a senior official at the Korea Disease Control and Prevention Agency, who cautioned against lifting the indoor mask ban in a briefing earlier this week, citing the new wave of cases.

In a recent Facebook post, assistant professor Jung Jae-hun at Gachon University, said discussions on lifting a mask mandate for children are necessary. He also said lifting an indoor mask mandate should be considered in places except for essential facilities. Jung is a member of the government’s COVID-19 special response team.

Earlier this week, World Health Organization Director-General Tedros Adhanom Ghebreyesus said the world had never been in a better place to end the COVID-19 pandemic.

"We are not there yet. But the end is in sight," he said during a virtual press conference as he called on nations to continue their efforts against the virus.