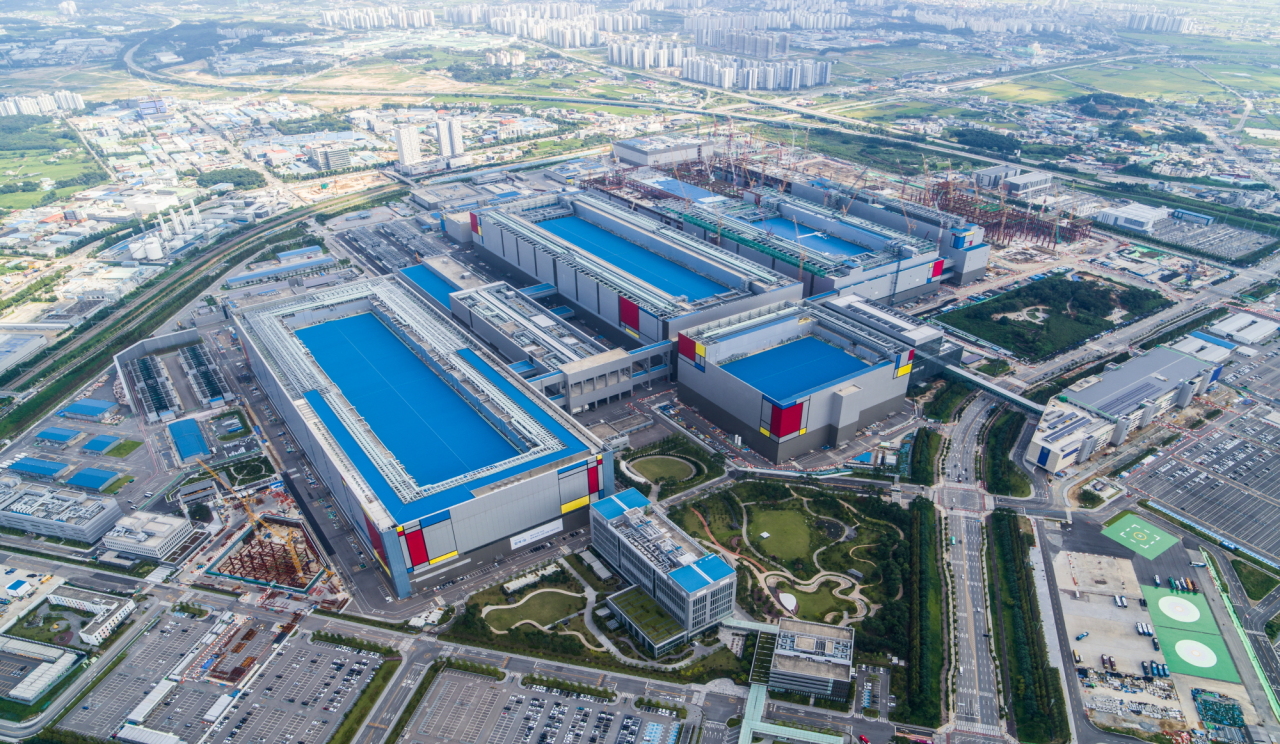 "Treatment of gas used to manufacture semiconductor chips is our biggest focus in our spending (to achieve net-zero emissions)," Song Doo-guen, executive vice president and head of the Environment ＆ Safety Center at Samsung Electronics, told reporters at a briefing in Seoul.

A major cause of greenhouse gas emissions is process gas, a byproduct of key chipmaking processes such as etching and deposition.

According to an estimate by McKinsey ＆ Co. in May, process gases were liable for 80 percent of the carbon dioxide-equivalent emissions among chip fabs' direct emissions.

Such byproducts, such as perfluorocarbon or hydroflourocarbon compounds, have a bigger global warming potential than carbon dioxide, and also an extremely long lifespan in the atmosphere of up to 50,000 years, the report also showed.

To decompose process gas, Samsung, which produced 15.6 million metric tons of carbon dioxide-equivalent emissions in 2021, is seeking to maximize the efficiency of catalysts under a "regenerative catalytic system."

"The core technology of the regenerative catalytic system lies in the introduction of a new catalyst, and this is the barrier, challenge and target technology-wise," Song said.

Meanwhile, natural gas used in boilers to control the temperature and humidity inside the fabs also generate huge amounts of carbon when burnt.

Song claimed there is no existing alternative that can replace natural gas even though it is responsible for carbon emissions.

Instead, capturing and reusing waste heat would be an option to reduce carbon emissions from boilers. Samsung is working to develop carbon capture and storage technology in its in-house research unit, Samsung Advanced Institute of Technology, and apply the technology from 2030.

According to Song, replacing gas-fueled boilers with electricity-powered boilers would rather increase carbon emissions, as it would still require massive amounts of electricity.

"We need more technologies ready for use in order to eliminate greenhouse gas emissions from our end," Song said. 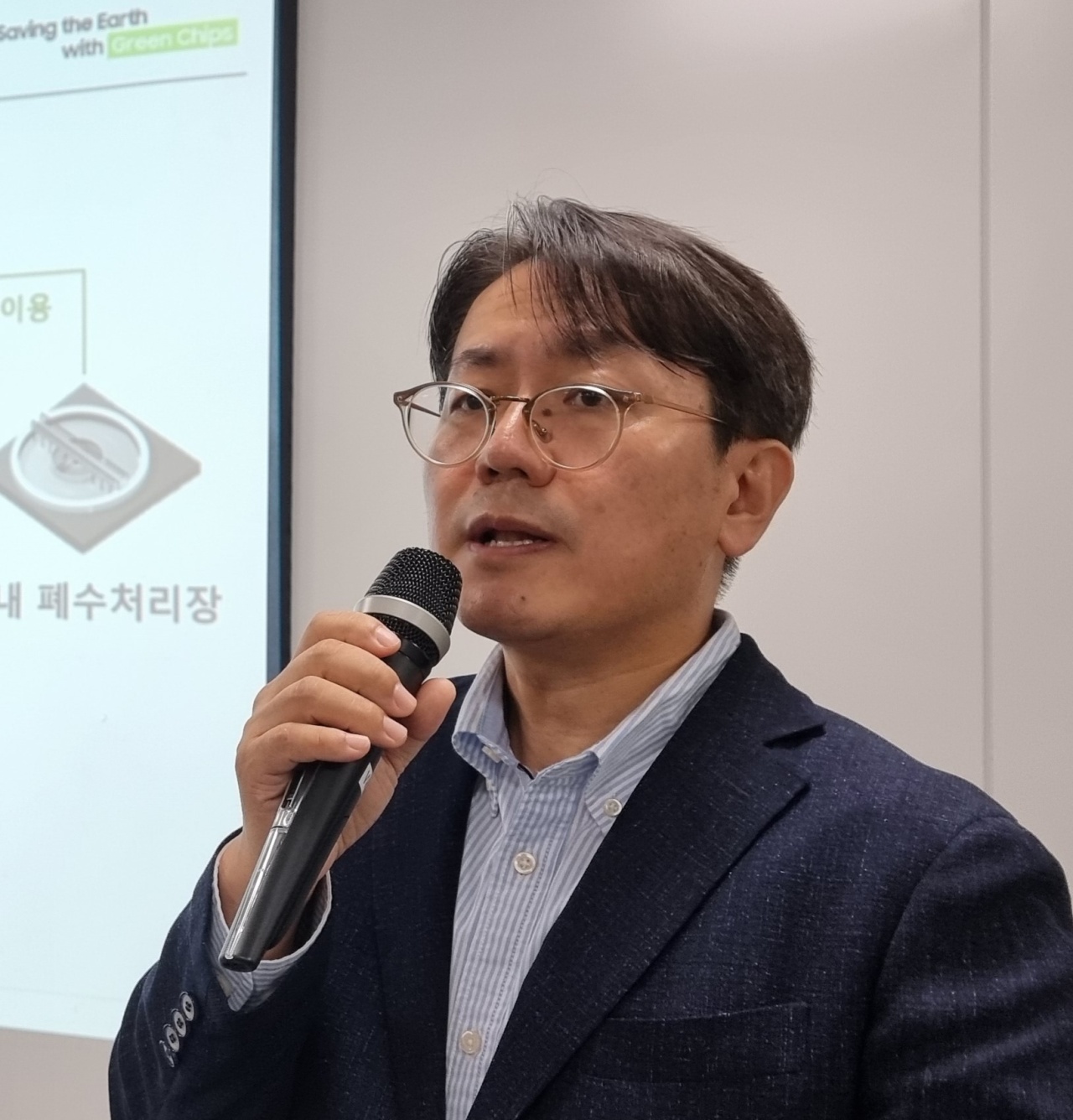 Samsung has pledged a 7 trillion won ($5 billion) investment to achieve its climate ambitions, and announced that it had recently joined RE100, a coalition comprising 380 global enterprises committed to becoming 100 percent renewable.

Alongside the plan to cut direct carbon emissions, Samsung has also laid out a raft of plans to reduce indirect emissions, mainly by pursuing ultralow-power chip products.

Other eco-conscious plans it has drawn up include capping the maximum use of freshwater to 300,000 tons a day by 2030 and eradicating gaseous and liquid pollutants by 2040 with treatment technology.