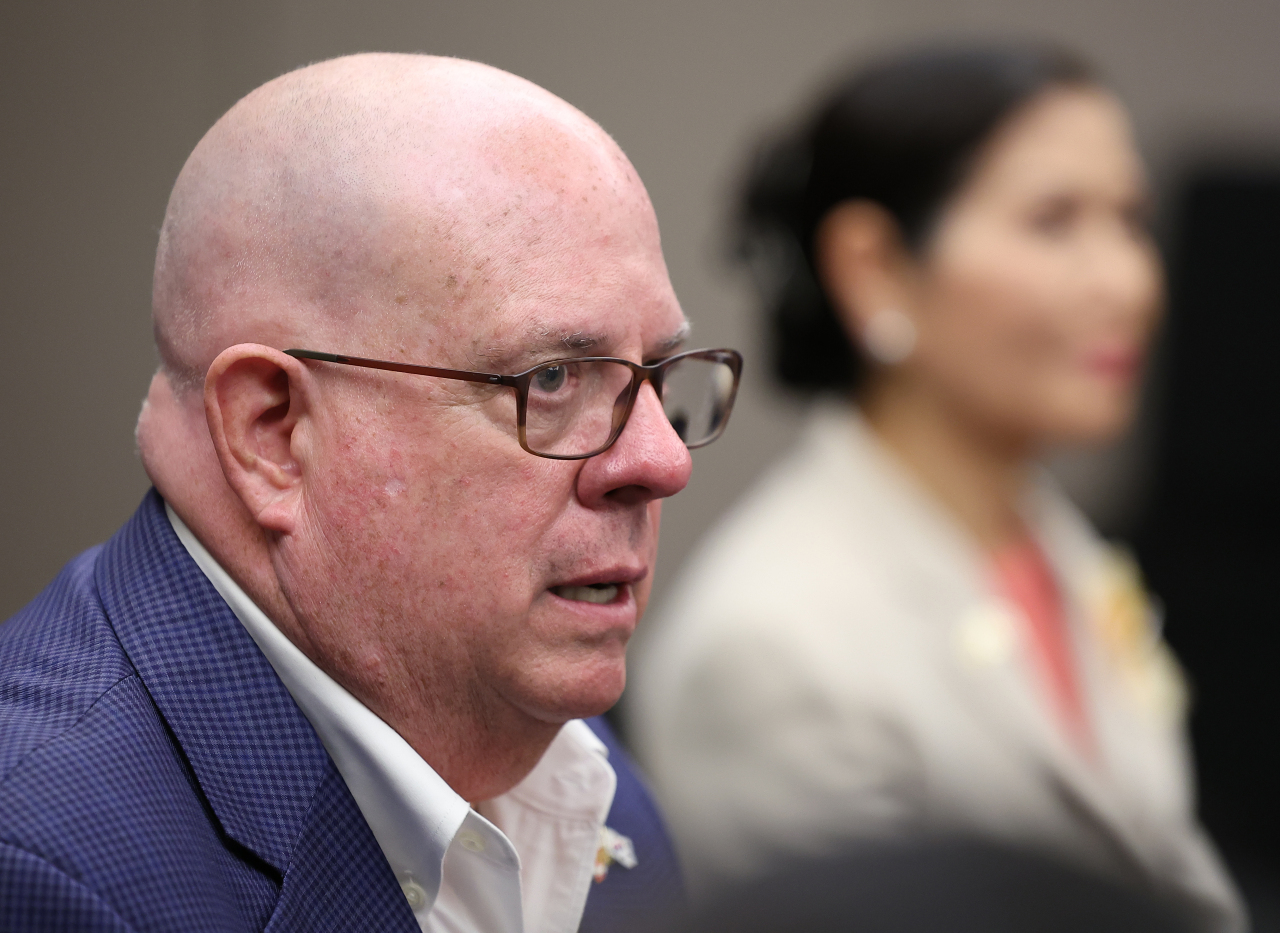 He raised the possibility of a breakthrough on the controversial matter after the November midterm elections, speaking at a press conference in Seoul.

The governor highlighted his commitment to efforts to insulate Seoul-Washington relations from the negative impact of the Inflation Reduction Act (IRA). But he pointed out the realistic difficulty of "totally reversing" the legislation before the elections.

In August, U.S. President Joe Biden signed the IRA in a legislative feat, which observers said could help his Democratic Party ahead of the high-stakes midterm elections seen as a referendum on his presidential performance.

"It's not easy to totally reverse the bill ... certainly not before the election," Hogan said, describing the law as "rushed through Congress without some understanding of negative implications."

He added, "But I think as we go about developing the final details of the bill and after the election, I believe some accommodations and maybe some compromise can be worked out that will be more acceptable to all the parties involved.

The Republican governor, who is expected to run for the 2024 presidential poll, and his Korean American wife, Yumi Hogan, arrived here Tuesday for a nine-day visit, leading a delegation tasked with boosting economic and trade relations with South Korea.

The IRA has been a front-burner issue that dominated a series of talks with top Seoul officials, including a meeting with President Yoon Suk-yeol on Friday and another with Foreign Minister Park Jin a day earlier.

Hogan's message was simple and clear: The United States doesn't want to do anything to harm the long-standing relationship with Korea.

"We just talked with all of the leaders and said that we were going to take a serious look at how we might be able to work together to find some type of compromise to put this back on track," he said.

Calling himself a "hanguk sawi," which means a son-in-law of South Korea in Korean, the governor expressed his strong affection toward the alliance between the South and the U.S.

"I think that the alliance is critically important ... and I support everything that we can do to work together and to achieve mutually beneficial results for both countries," he said.

As part of his trade mission here, Hogan made an aggressive pitch in the hopes of stronger economic ties with South Korea.

"We were very aggressively trying to seek out more business beyond our borders. But there's no question that the state of Maryland has a most special relationship with Korea," he said "It's very important for us to improve the relationship so that we can help the economies of both nations."

The governor and his wife attended the Jeju Forum for Peace and Prosperity held on the southern resort island earlier this week. They are scheduled to leave for Japan on Wednesday. (Yonhap)