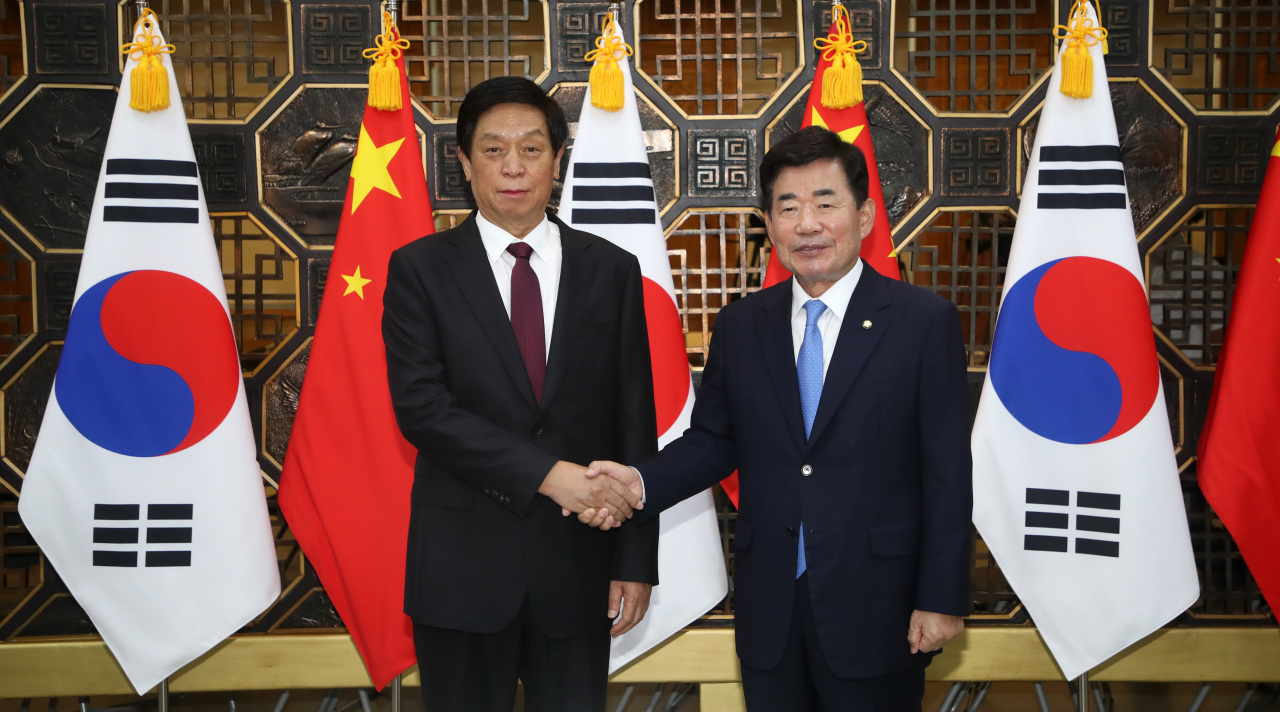 “History is related to the identity of a country and its people. It is important to accept facts as objective as possible and educate the next generation as such,” National Assembly Speaker Kim Jin-pyo said.

Kim also said he asked Li to undertake efforts to prevent controversies over the history between the two countries from damaging diplomatic relations as well as sentiment between the people of both countries.

Kim added that the parliaments of South Korea and China have agreed to strengthen their communication so that disputes over the two countries’ relatively different takes on the history of the region do not interfere with the political and diplomatic affairs of the two countries.

Kim’s remarks come after a controversial chronology table of ancient Korean history was shown at the National Museum of China in Beijing that excluded Korea's ancient Goguryeo and Balhae kingdoms.

The National Museum of China decided on Thursday to remove the controversial chronology table after complaints from South Korea.