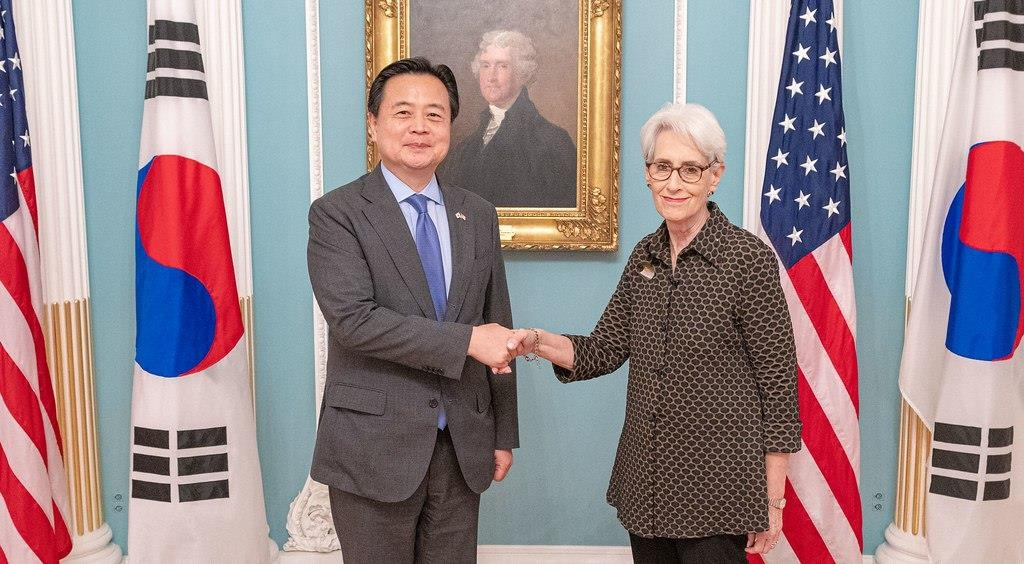 SEOUL/WASHINGTON -- A senior South Korean diplomat had meetings with US government and congressional officials in Washington, D.C., on Thursday, during which he delivered Seoul's concerns about the impact from the Inflation Reduction Act (IRA) that excludes Korean-made electric vehicles from tax credits, according to his ministry.

Vice Foreign Minister Cho Hyun-dong was on a visit to the US capital, along with Vice Defense Minister Shin Beom-chul, for the allies' Extended Deterrence Strategy and Consultation Group (EDSCG) session slated for Friday (local time).

Cho held back-to-back consultations with US National Security Adviser Jake Sullivan and Deputy Secretary of State Wendy Sherman, as well as Rep. Steve Chabot (R-OH), chair of the House foreign affairs committee's subcommittee on Asia and the Pacific, and Rep. Jimmy Gomez (D-CA), vice chair of the House committee on oversight and reform.

Speaking with Sherman, Cho pointed out "discriminatory elements" in the IRA that excludes EVs made outside of North America from tax credits and requested the Biden administration's cooperation to address the problem, the ministry said in a press release.

In response, Sherman "reaffirmed the US commitment to working through a consultative mechanism" and "maintaining open channels of engagement" with South Korea on its concerns with certain provisions of the law, her department said in its press statement. (Yonhap)