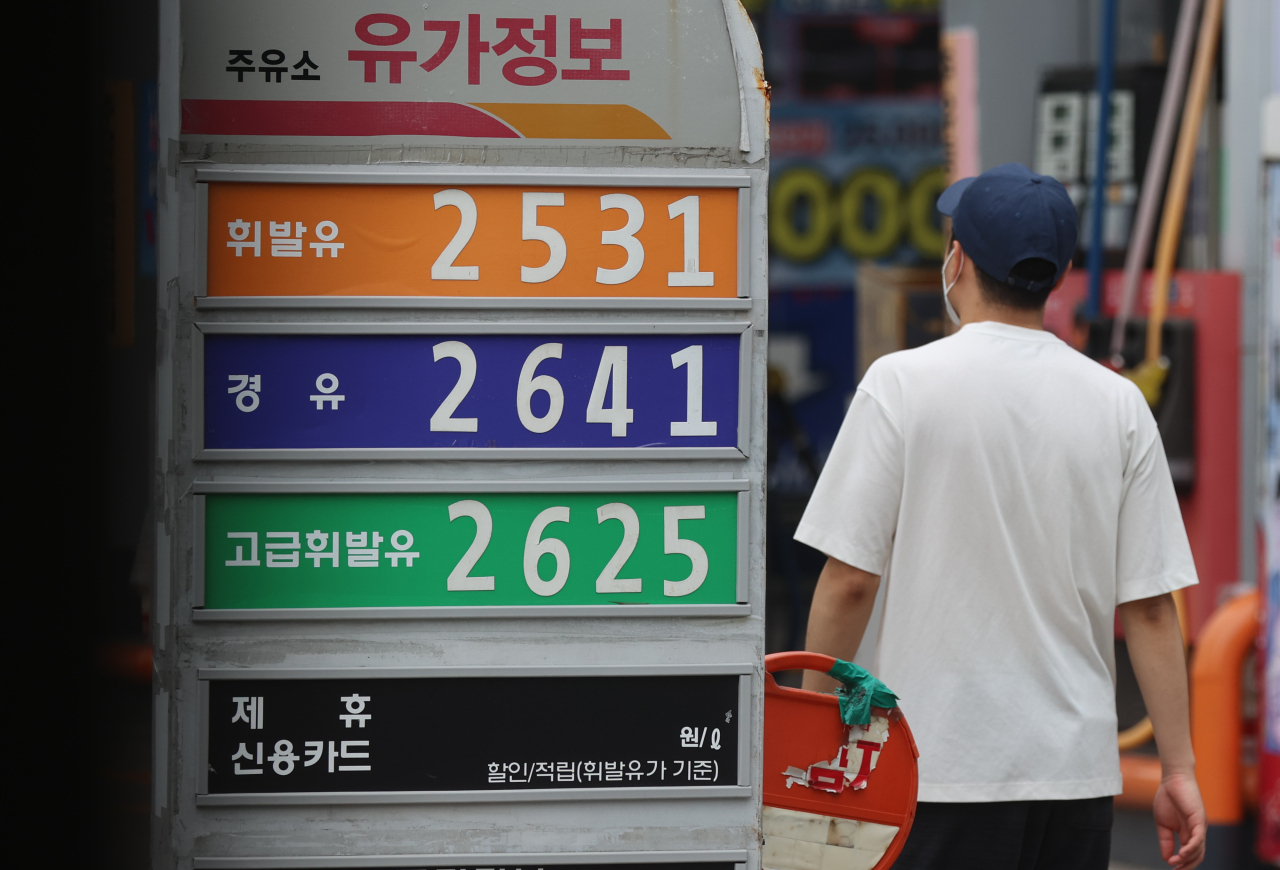 The import price index fell 0.9 percent in August from a month earlier after it declined 2.6 percent on-month in July, according to the preliminary data from the Bank of Korea (BOK).

The BOK attributed the decline to falling oil prices which drove down prices of petroleum and mine products. South Korea depends on imports for most of its energy needs.

Prices of Dubai crude, South Korea's benchmark, stood at $96.63 per barrel on average last month, down 6.3 percent from the previous month. The oil prices were up 39 percent from a year earlier.

The import price index jumped 22.9 percent from the same month a year earlier though it slowed from a 25.6 percent rise in July. It marked the 18th straight month of on-year increase.

Import prices are being closely watched as their upward move could add to fast-rising inflation pressure.

Consumer prices, a key gauge of inflation, jumped 5.7 percent in August from a year earlier, slowing from a 6.3 percent surge in July, which marked the fastest rise in about 24 years.

Since August last year, the BOK has hiked its policy rate seven times by a combined 2 percentage points to tame inflation. The latest rate increase was by 0.25 percentage point last month. (Yonhap)