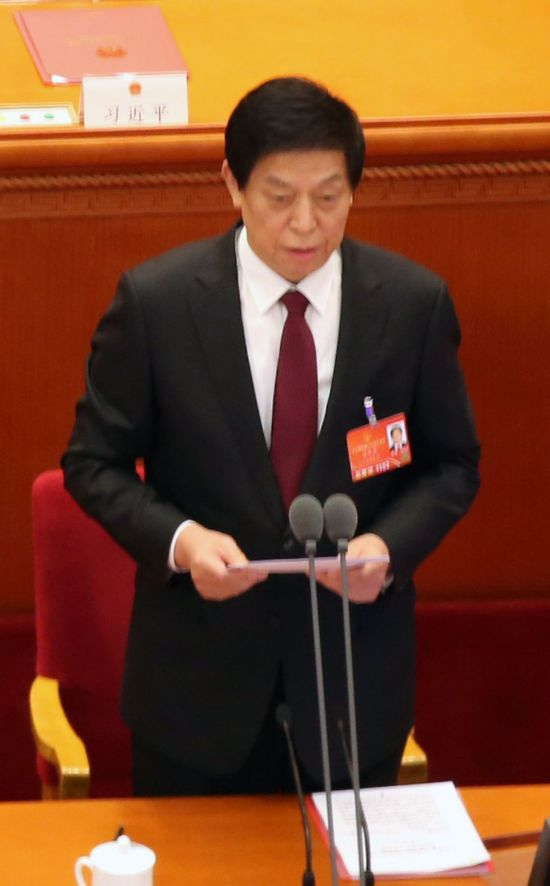 China's top legislator, Li Zhanshu, was set to arrive in Seoul on Thursday for meetings with President Yoon Suk-yeol and National Assembly Speaker Kim Jin-pyo amid speculation he could discuss the possibility of President Xi Jinping visiting South Korea.

Li, China's third-highest-ranking official and chief of the Standing Committee of the National People's Congress, will lead a large delegation to Seoul for the three-day trip at the invitation of Kim. After arrival in the afternoon, no official event is set for the rest of the day.

On Friday, he is expected to pay a visit to Yoon and hold talks with Kim.

The possibility of Xi's visit to South Korea could come up during the meeting with Yoon, while the talks with Kim are expected to focus on strengthening parliamentary cooperation between the two countries as Seoul and Beijing mark 30 years since establishing diplomatic ties this year.

Their meeting will be followed by a joint press briefing and a banquet.

Li's visit marks the first one by China's top legislator to the country since former legislator Zhang Dejiang's trip in 2015.

National Assembly Secretary-General Lee Kwang-jae plans to greet Li at Seoul Air Base in Seongnam, south of Seoul, after criticism arose last month that no South Korean official was at the airport when US House Speaker Nancy Pelosi visited Seoul. (Yonhap)