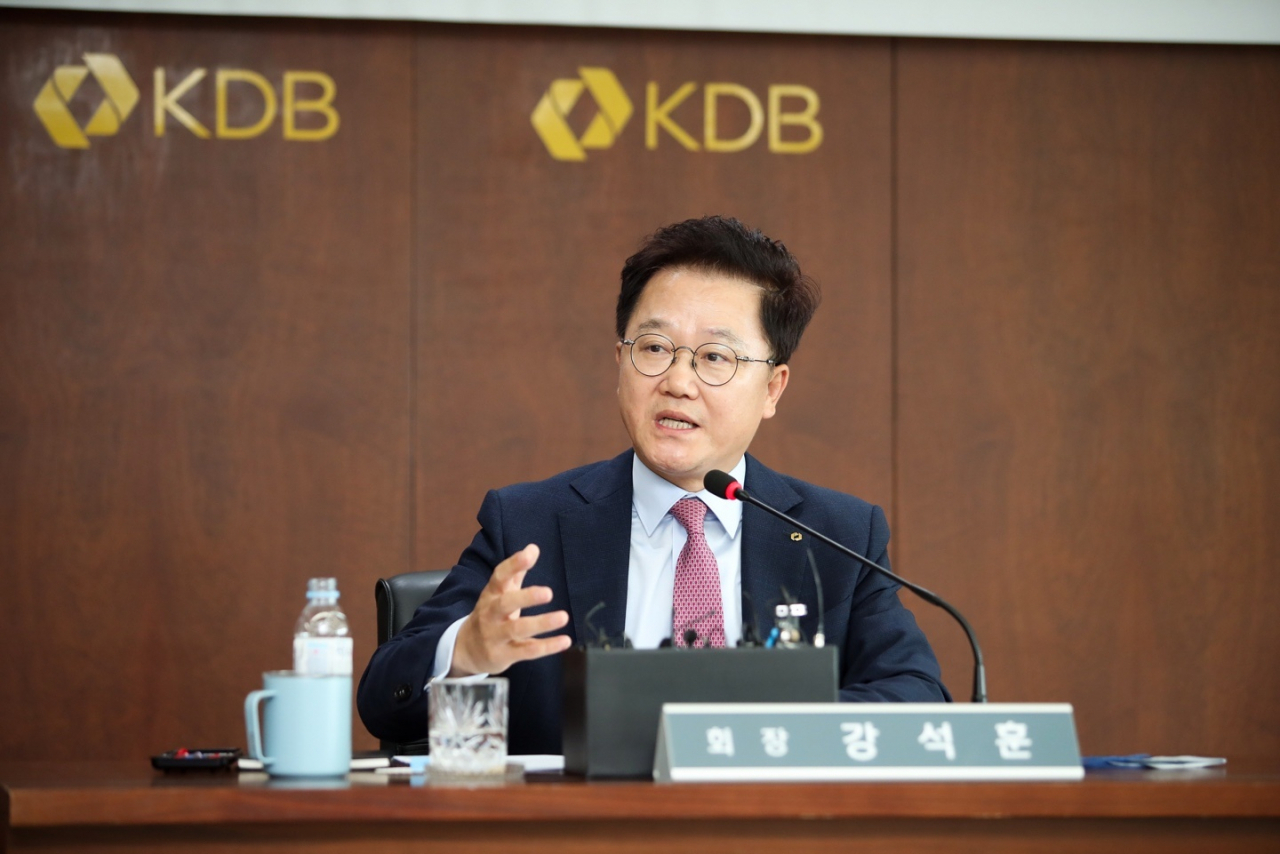 Kang Seog-hoon, chairman & CEO of Korea Development Bank, speaks during a press conference at the bank headquarters in Seoul on Wednesday. (KDB)

Despite in-house resistance, preparations to relocate the state-run Korea Development Bank to Busan from Seoul are underway, the policy lender’s chief said Wednesday, saying that he would work to persuade employees.

“As the man in charge, I do feel for my employees facing potentially a difficult time,” KDB Chairman & CEO Kang Seog-hoon said, referring to workers holding rallies to protest the relocation plan. It is a decision made by the president and the prime minister and is not a matter that he, as KDB chief, could reverse, he added.

The relocation plan is the latest government effort to decentralize economic and political power away from Seoul so cities like Busan, the second-most populous after the capital, can flourish -- a goal the government hopes to achieve more quickly by pushing major agencies out of the congested Seoul.

Many KDB employees have refused to be part of what they consider to be a top-down decision that would likely prompt an alarming brain drain, as a move to the southeastern port city, about 400 kilometers from Seoul, would do little to improve the bank’s competitiveness.

“Our mission is to raise not just our competitive edge, but the nation’s, and doing that will help us avoid the low-growth trap ahead,” Kang said, noting the bank should contribute to at least 1 percent of Korea’s gross domestic product growth.

Tools from loans to funds to advisory services will be rolled out to make that happen, Kang added. He did not elaborate on how the mission would be better served in Busan rather than in Seoul. Neither did he discuss whether any studies have been conducted to corroborate his claims.