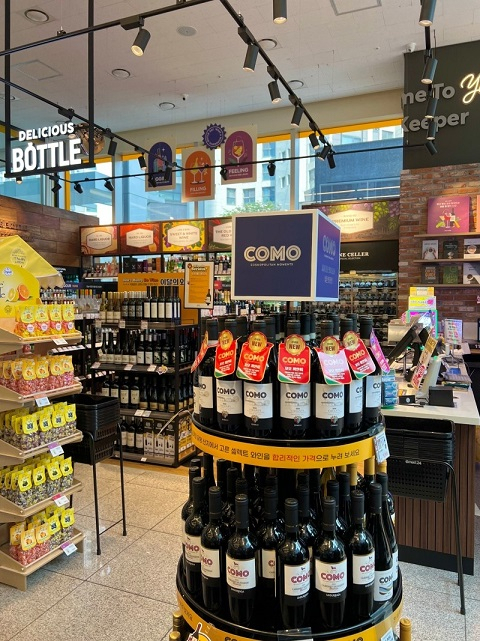 From wine and beer to liquors like soju and whiskey, numerous alcoholic beverages fill the display shelves at an E-mart24 convenience store in Cheonho-dong, southeastern Seoul.

More than 700 varied options await liquor lovers, especially those who enjoy a tipple at home after work. 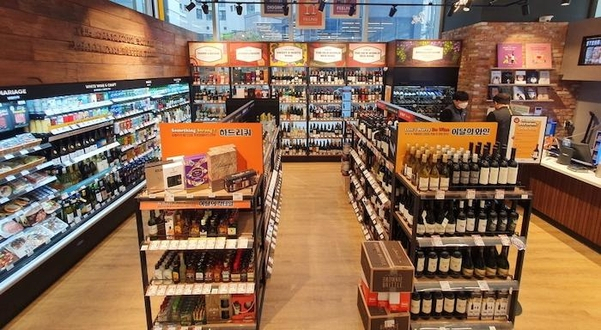 Inside the E-mart24 convenience store in Cheonho-dong, southeastern Seoul (E-mart24)

Oh Jin-song, a 29-year-old office worker, said he drops by the specialist convenience store at least twice a week after work, which spares him the hassle of visiting the kind of busy supermarket where most Koreans buy alcohol.

“Drinking one or two glasses of beer, wine or whiskey with delicious food alone at home while watching Netflix is one of the few pleasures in my life. For people like me who want different kinds of alcoholic drinks each time depending on foods to pair them with, the alcohol convenience store is very helpful,” Oh said while visiting the E-mart24 store in Cheonho-dong on Tuesday afternoon.

As drinking at home has become the new norm amid the prolonged COVID-19 pandemic, local convenience store chains have launched specialty stores that offer a wide selection of alcohol options.

The branch in Cheonho-dong opened in April as E-mart's first liquor convenience store.

“A growing trend of people drinking solo or with friends at home led to the launch of E-mart24’s alcohol-focused convenience stores. As the pandemic prolongs, many prefer to stop by a convenience store to grab a beer rather than hang out with friends in pubs. The store is aimed at increasing customers’ access to various kinds of alcoholic beverages,” an E-mart24 official said.

Earlier in March, GS25 had also set up a new branch store in Hyoja-dong in Jeonju, North Jeolla Province, equipped with more than 1,000 liquor products, including wine, spirits, traditional liquor and craft beer, taking up one-third of the store’s space of around 60 square meters. 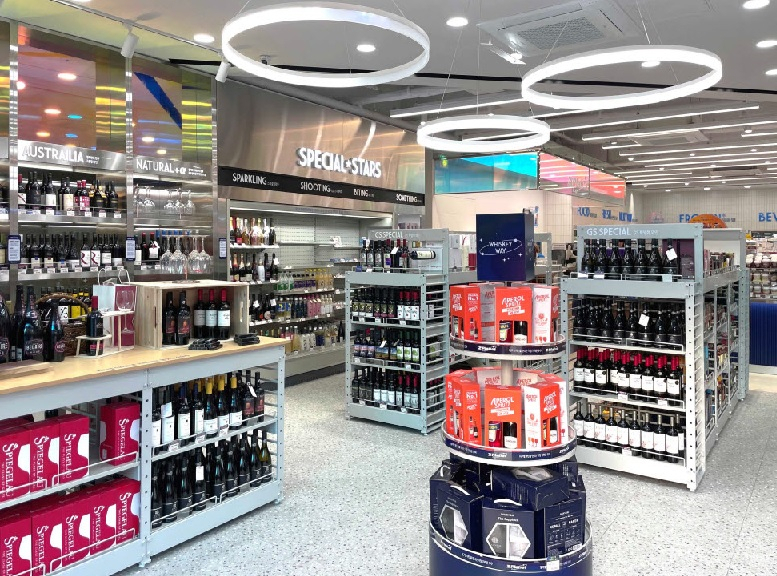 Some GS25 stores in Seoul have been remodeled to better serve liquor lovers. A GS25 branch near Hapjeong Station in Seoul has a special section where nearly 500 bottles and cans of alcohol drinks are displayed in refrigerators and on shelves. 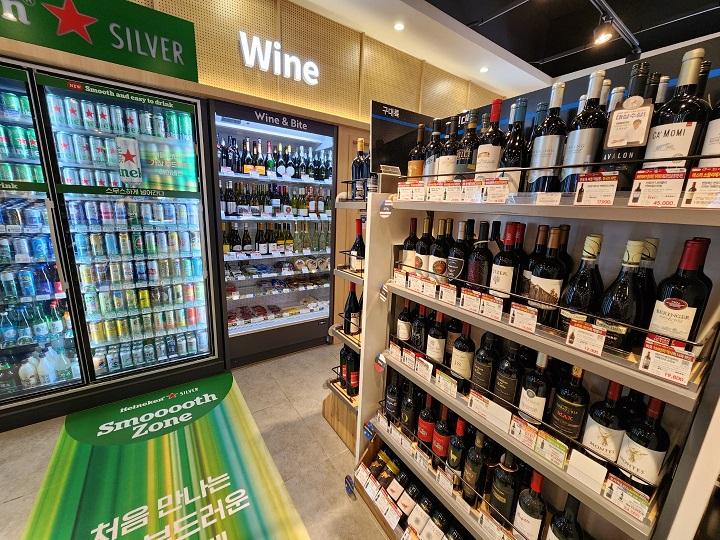 Nearly 500 bottles and cans are displayed in refrigerators and on shelves at a GS25 store near Exit 5 at Hapjeong Station in Seoul. (Choi Jae-hee/The Korea Herald)

Not all liquor stores are affiliated with major retail franchisers.

Homesoolland in Hongjae-dong, Seoul, is an independent store run by Cho, 42.

“In addition to alcohol products, we sell cute Champagne glasses, wine openers, beer mats and dried snacks for people who often throw house parties or those who like to drink alone. I want my customers to feel free to come here and browse through the liquor just like they do at convenience stores,” said the owner, who declined to give her full name. 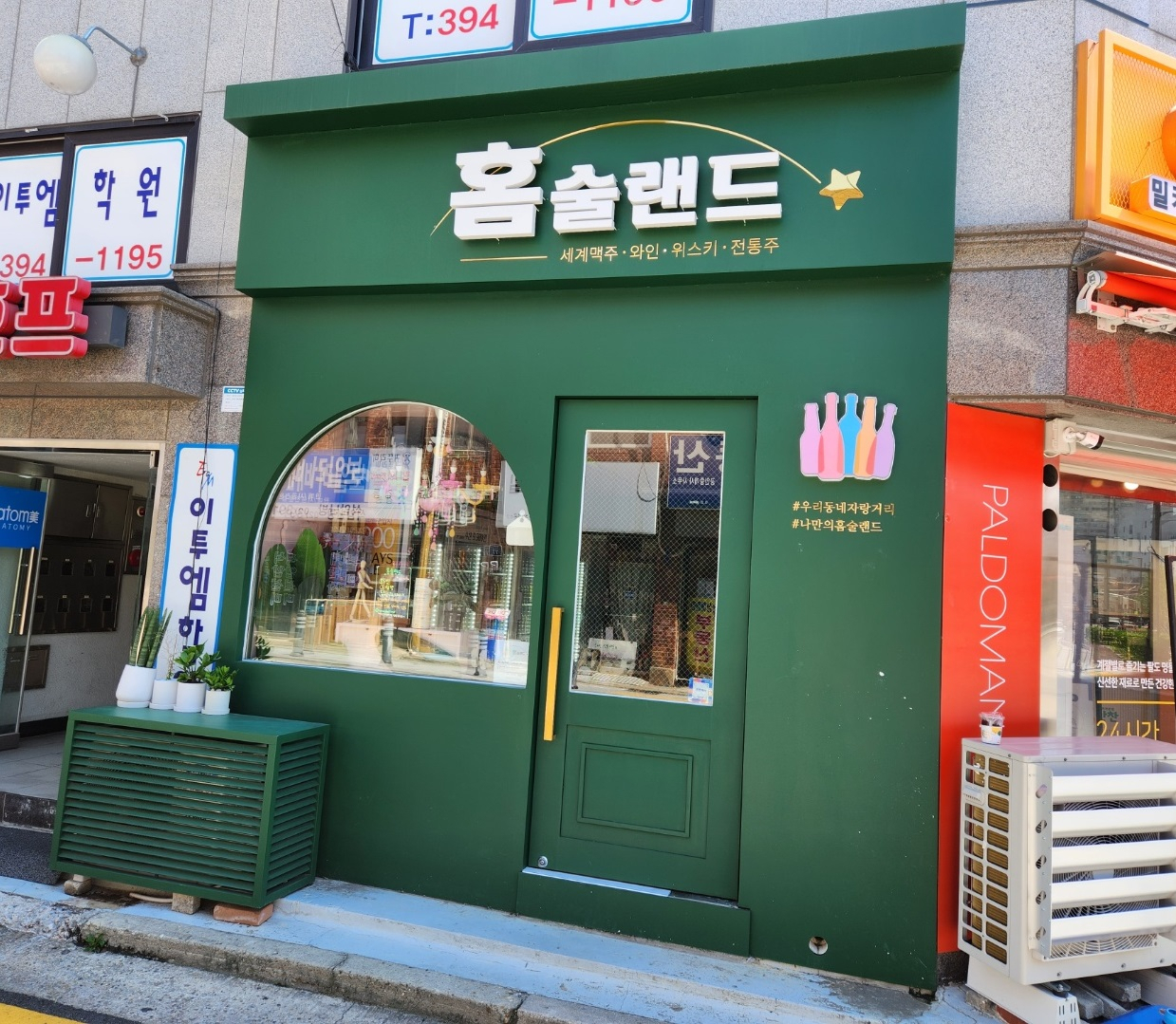 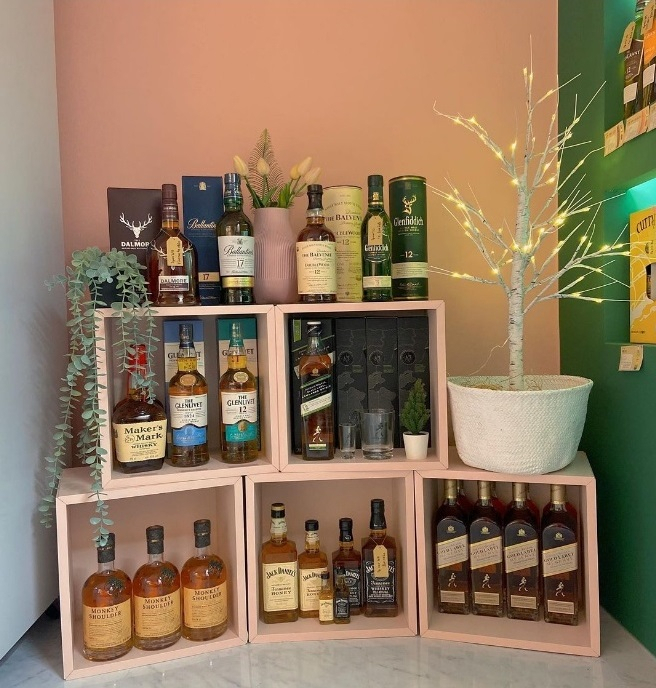 Bottles of whiskey are displayed on the shelves at a liquor shop Homesoolland in Hongjae-dong, Seodaemun-gu, Seoul. (Choi Jae-hee/The Korea Herald)

Some experts say the growing popularity of liquor stores is largely being driven by people’s preferences for at-home activities amid the pandemic.

“The onset of the coronavirus gave rise to the phenomena of ‘homesul,’ or drinking at home, while boosting the existing ‘honsul’ solo drinking trend. The protracted coronavirus crisis, coupled with an increase in the number of single-person households, will continue to boost demand for stores specializing in liquors,” said Kim Min-jung, a consumer science professor at Sookmyung Women’s University.

The country has seen a continued rise in one-person households as more young people are delaying or giving up on marriage due to economic reasons and changes in social norms. As of October last year, the number of working one-person households jumped by 440,000 on-year to 4.14 million households, according to the data compiled by Statistics Korea.