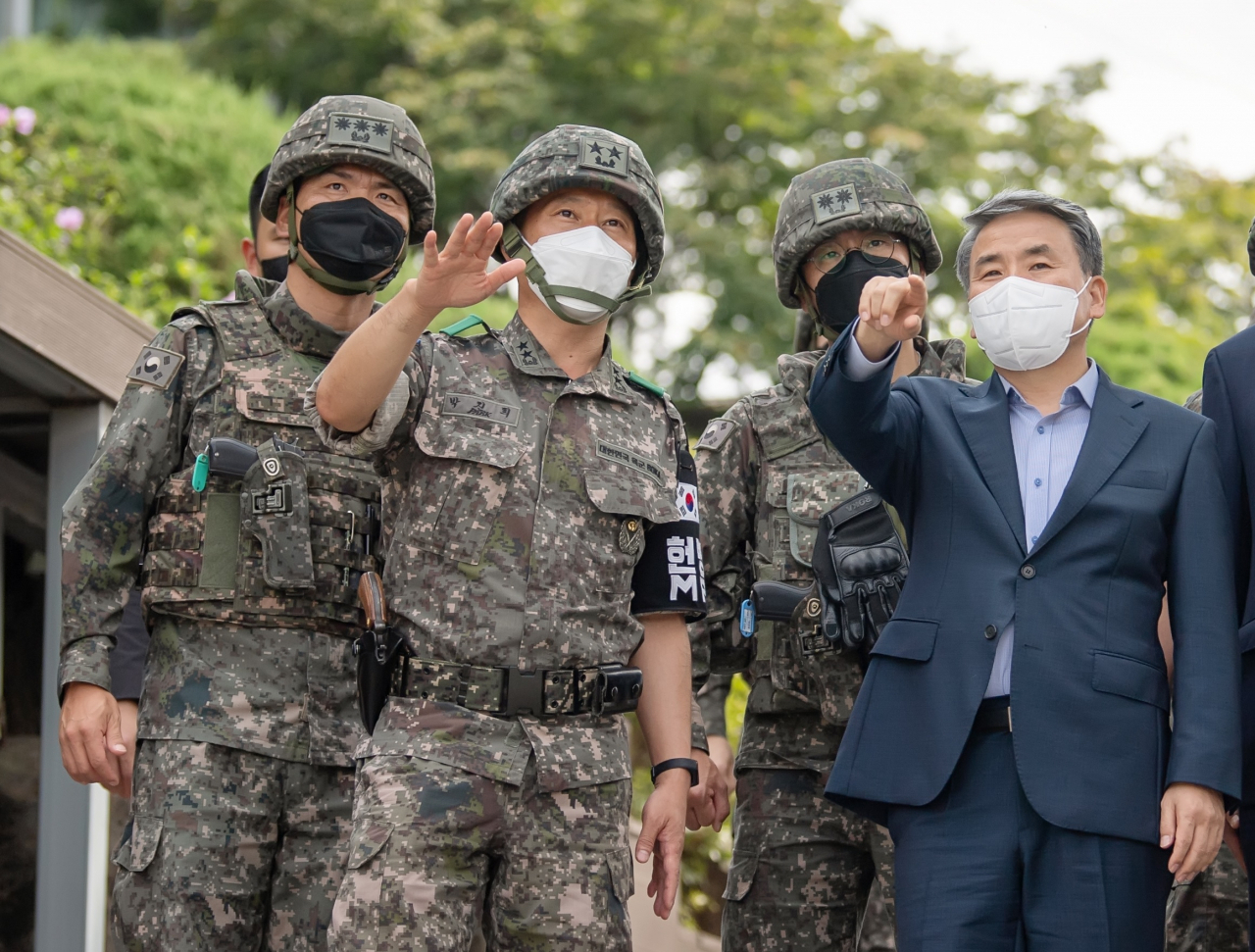 South Korea's defense ministry warned Tuesday that North Korea's attempt to use nuclear weapons would lead to its "self-destruction," responding to Pyongyang's recent codification of an apparently assertive nuclear policy.

Col. Moon Hong-sik, the ministry's deputy spokesperson, issued the warning after the North promulgated a law on its nuclear policy on Thursday last week that hinted at the possibility of the regime launching a preemptive nuclear strike in a contingency.

"We warn that should North Korea attempt to use nuclear arms, it would face the overwhelming response from the South Korea-US alliance, and its regime would enter a path of self-destruction," Moon told a regular press briefing.

Moon added the North's nuclear policy move would further strengthen the alliance's capabilities to deter and respond to the security threats, deepen its international isolation and aggravate the suffering of ordinary North Koreans.

In addition, he highlighted the South's "firm" resolve to push for the North's "complete" denuclearization and its focus on strengthening the credibility of the US' extended deterrence to make the North unable to use its nuclear arms.

Extended deterrence refers to America's stated commitment to mobilizing the full range of its military capabilities, including nuclear options, to defend its ally.

The North's announcement on the nuclear policy codification came as the allies are preparing to hold a session of the Extended Deterrence Strategy and Consultation Group (EDSCG) in Washington, D.C., on Friday for the first time since 2018.

The EDSCG, a gathering of the two countries' vice-ministerial defense and diplomatic officials, has not been held since its second and last session in January 2018, when the then liberal Moon Jae-in administration pushed for an initiative to promote inter-Korean rapprochement.

On Friday, the North's official Korean Central News Agency reported the law on its nuclear policy was promulgated.

The law stipulated that in case the command and control system over the country's nuclear forces is put in danger due to an attack, a nuclear strike will be launched "automatically and immediately." (Yonhap)