Visitors view artworks at Frieze Seoul during the VIP opening on Friday at Coex, southern Seoul. (Im Se-jun/The Korea Herald)
Frieze Seoul was a storm. The inaugural event was not just about the art fair; it brought a new culture to the city, creating a platform for talking about art. Parties and exhibitions at galleries and museums in Seoul‘s art districts were full of people late into the night.

“It has been a fabulous week. I visited a lot of parties and events that took place alongside Frieze Seoul and got to meet many collectors there. It has been kind of an exclusive culture to talk about collecting art here, and as far as I know, we never had an open place for networking with other art people,” said David Kim, 29, who visited Frieze Seoul three days in a row. He started collecting art two years ago.

On the last day of Frieze Seoul on Monday, “Frieze Seoul is now closed” rang out across the Coex venue, and people got busy taking pictures of art until the very last minute. The visitors were excited and amazed to see artworks by contemporary artists presented by foreign galleries, as well as pieces by old masters such as Pablo Picasso, Francis Bacon, Wassily Kandinsky, Egon Schiele and Andy Warhol. 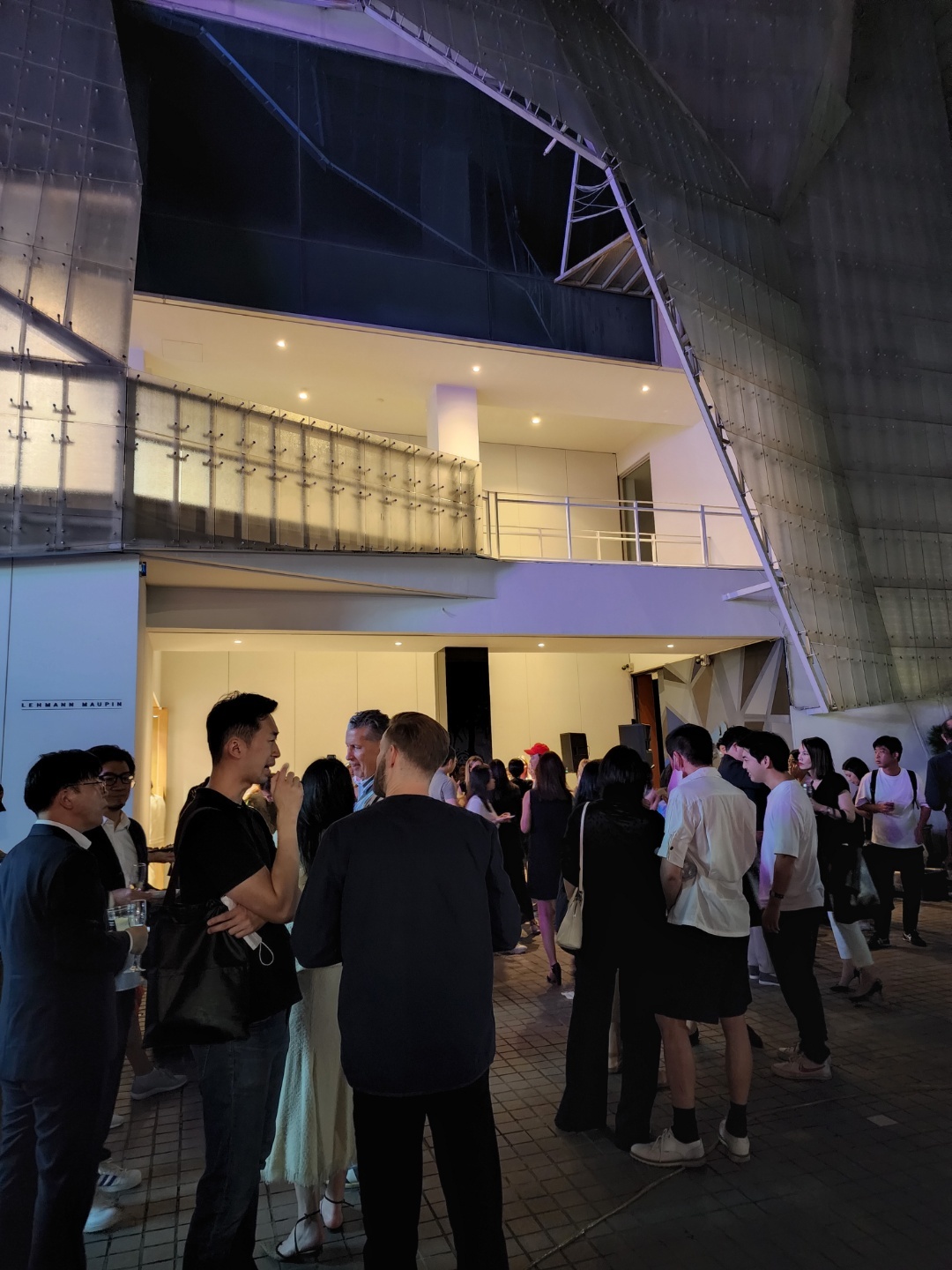 Lehmann Maupin hosts a party at its venue in Hannam-dong, Seoul, on Sept.1. (Hwang Dong-hee/The Korea Herald)
“I have been collecting works by Korean artists and only went to local art fairs. I recently started to have an interest in artworks by foreign artists, so it was good timing for me to come to Frieze Seoul. I learned a lot about the artists I did not know before,” said Son Woo-kyung, 41, from Seoul, who was visiting Sao Paulo-based gallery Mendes Wood DM’s booth on Monday.

Artworks worth hundreds of billions of won were sold during the four-day fair and 80 percent of them were made on the VIP opening day, according to an insider source.

“It is quite impressive. In the art fairs we are doing in Europe or America, the average age is much older. But here, it is about, let’s say, between 25 and 30, very young," said Jorn Gunther, who runs Basel-based Dr. Jorn Gunther Rare Books, which presented European medieval and Renaissance books at Frieze Masters and was one of the most popular booths at the fair. 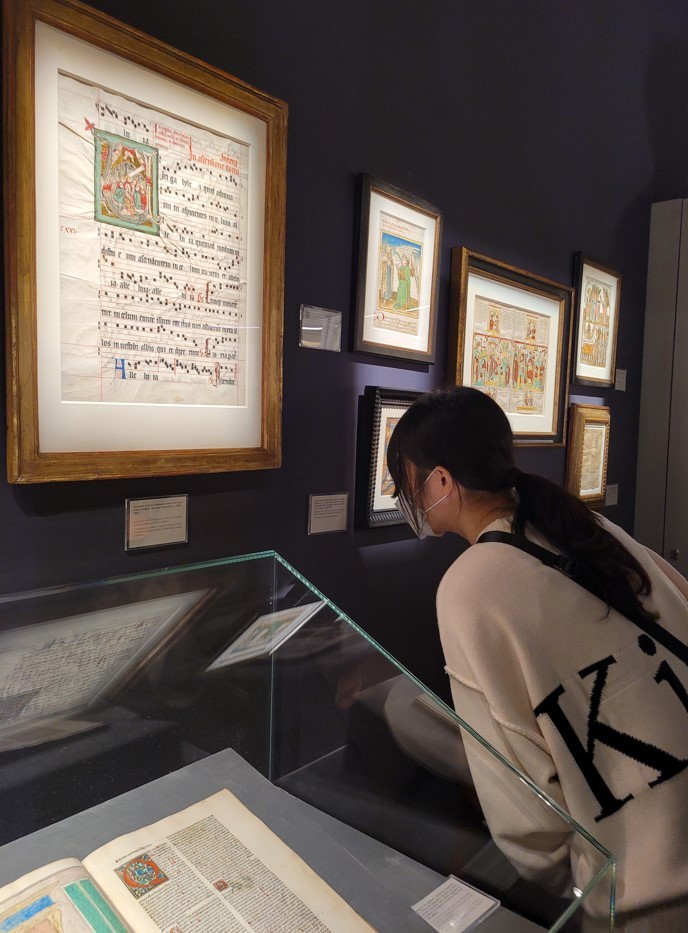 Enthusiasm trickled down to Kiaf Seoul, the 20-year-old international fair run by the Galleries Association of Korea, which took place on the first floor at Coex while Frieze Seoul was held on the third floor.

The Seoul-based art fair had braced for the joint collaboration with the world’s major art fair with a mix of excitement and worries, but the fair turned out to be a success in terms of vibrancy and sales, according to multiple gallerists.

“We definitely had good energy this year. Those who wanted to see Korean artists seemed to visit our fair after Frieze Seoul. They showed positive reactions because we presented quality works by Korean artists,” said Park Ryu-sook, the owner of Park Ryu Sook Gallery that joined Kiaf Seoul and presented works by Korea’s contemporary art masters such as Park Seo-bo, Yun Hyong-keun and Kwon Dae-sup.

Some of the foreigners at the joint fair showed interest in seeing more Korean artworks and learning about the Korean art scene.

“You see many of these things all over the world, which is impressive. But at the same time, the reason why I come here is to learn a little bit about Korea,” said Michael Hue-Williams, an art dealer based in England.

Visitors view works during the Kiaf Seoul VIP opening on Sept.2 at Coex in southern Seoul. (Im Se-jun/The Korea Herald)
At the end of five hectic days, however, many local galleries were left doing some complicated calculations. Galleries that participated only in Kiaf Seoul and those that participated in both fairs clearly differed in their assessment of the first joint art fair. A total of 12 local galleries were selected to join Frieze Seoul, including those at Frieze Masters, featuring old masters.

“I think we need to take the advantage of Frieze Seoul, hosting parties and providing a place to meet collectors and other gallerists during the period of the joint art fair. Those local galleries who are smart enough to make the most of this chance will survive,” said Lee Joon-yub, director of Gallery Shilla, a 30-year-old gallery based in Daegu and Seoul.

The gallery has shown experimental attempts to question the role of gallery in the contemporary art scene through a variety of events at Kiaf Seoul and its gallery over the past years.

Some major galleries in Seoul admitted that it was not easy to prepare to participate in two fairs at the same time. There were time and personnel constraints, as the joint art fair technically consists of two separate art fairs. According to a major local gallery which took part in both art fairs, its sales at Frieze Seoul was five times larger than that of Kiaf Seoul in the early days. Most sale at Kiaf Seoul was made on the last day, which was Sept. 6., a day after Frieze Seoul ended.

“It was not easy preparing for two art fairs, but we need to consider the relationship with the Galleries Association of Korea and the local art market, so we cannot give up Kiaf Seoul,” said a gallerist from Seoul who wished to remain anonymous. “I would say we (local galleries) now find ourselves in an era of unlimited competition with international galleries. Now I have more pressure to present quality works and find talented artists from home and abroad.”

While comparisons of the two art fairs are inevitable, many people at the fair said it is important to encourage the local art market and maintain the Kiaf Seoul brand as the country’s largest art fair.

The joint fair was a success in terms of sales and the attention it received. How many collectors from China and Hong Kong, many of whom were not able to come to Seoul this time due to the quarantine measures there, will make it to Seoul next year will be another measure of success at the next joint Frieze and Kiaf Seoul.