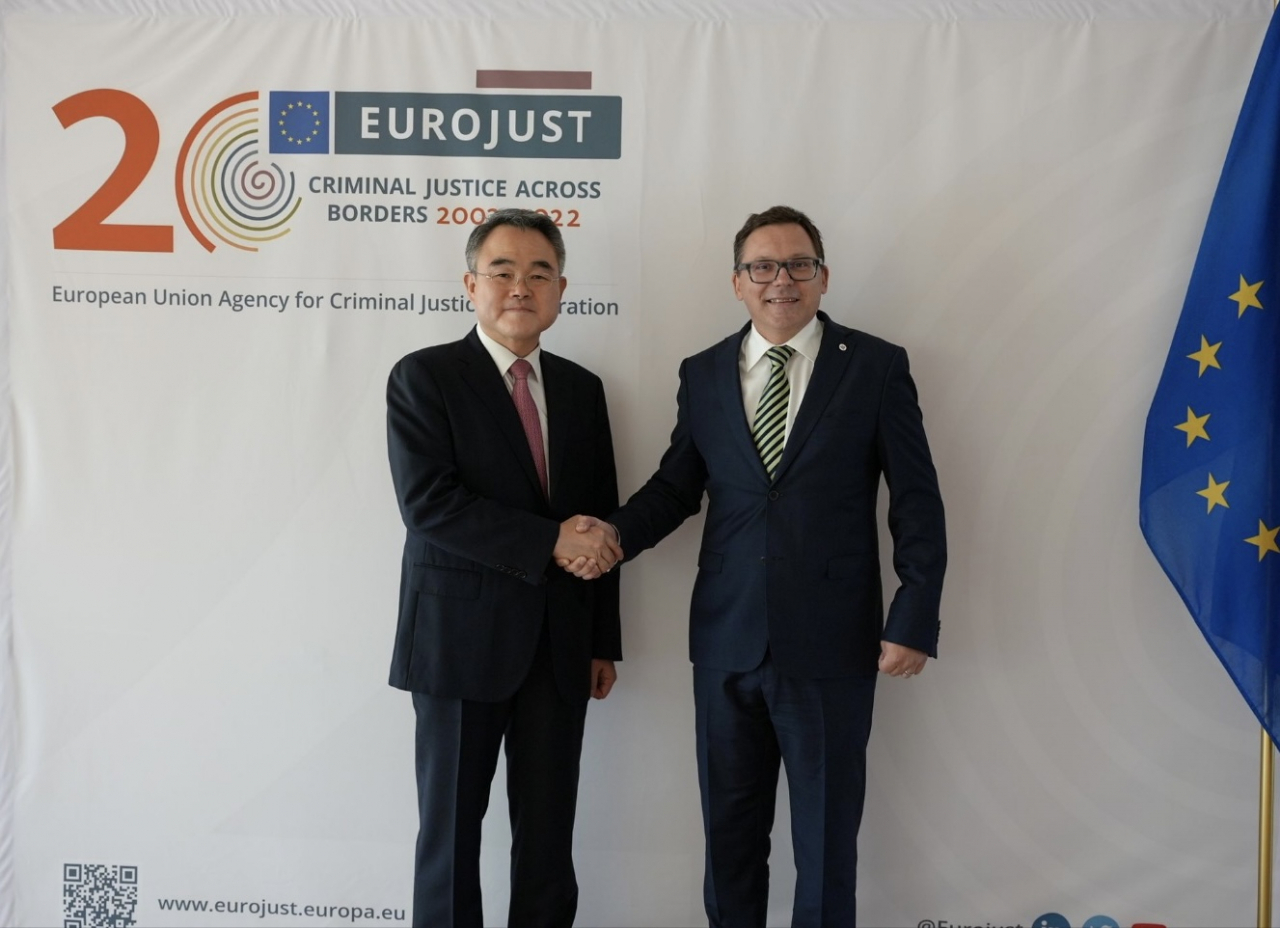 IAP President Hwang Cheol-kyu Hwang (left) and EUROJUST President Ladislav Hamran pose for a photograph during their meeting at the Hague, Netherlands, on Aug. 31.

The International Association of Prosecutors (IAP) and the European Union's Criminal Justice Cooperation Organization (EUROJUST) will seek closer cooperation in a range of issues including "enhancing global cooperation on crimes against humanity,” the IAP said Thursday.

The agreement was reached following a meeting between IAP president Hwang Cheol-kyu and EUROJUST President Ladislav Hamran. Hwang is a senior South Korean prosecutor and Hamran is a high-ranking prosecutor of Slovakia.

The two groups will work toward strengthening global cooperation to fight crimes against humanity such as war crimes, and make efforts to actively cooperate with prosecutors around the world through universal jurisdiction.

Hamran is also set to attend the 27th annual IAP Conference in Tbilisi, Georgia, in late September and deliver a keynote speech at the session on possible responses to war crimes.

The two organizations, which are both carrying out major projects involving digitalization and an information exchange platform, also agreed to cooperate closely to lead the advancement of international collaboration among prosecutors