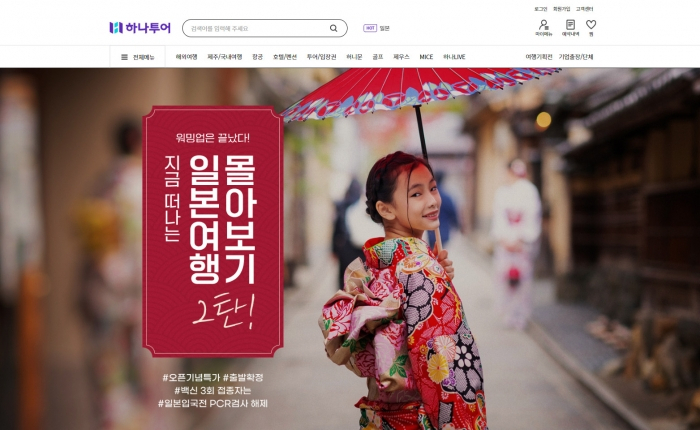 South Koreans topped foreign tourist arrivals in Vietnam in August, according to the General Statistics Office of Vietnam.

Some 486,000 foreigners traveled to the Southeast Asian country, of which 173,000 were from South Korea, followed by the US and Cambodia.

With nearly 1 in 3 visitors to Vietnam last month being South Koreans, the figure marks the country’s growing demand for international travel.

The number of international passengers in S. Korea reached over 2.1 million in August, up nearly 13 percent from the previous month.

The figure for international passengers crossed the 1 million threshold for the first time since the pandemic began in June.

With pre-departure COVID-19 tests scrapped from Sept. 3 and Japan set to allow nonguided package tours starting this month, demand for flights and package tours in Japan also appears to be growing.

According to the country’s top travel agency Hanatour, bookings for trips to Japan jumped fivefold between Aug. 29 and Sept. 4 compared to the previous two weeks.