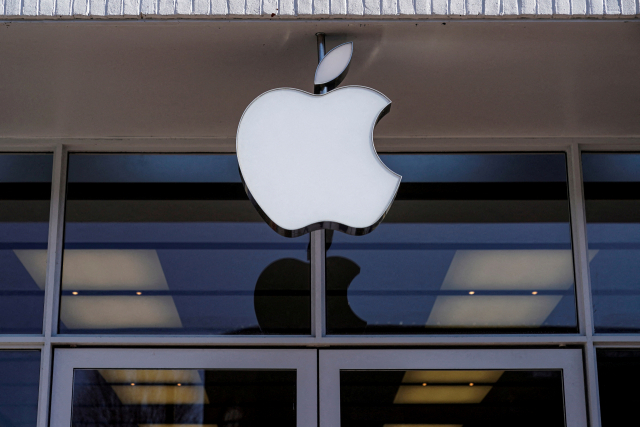 (Yonhap)
Apple Pay is in the final stage of talks with local credit card issuer Hyundai Card to start its Korean services by the end of this year, according to news reports on Wednesday.

Apple’s digital payments service, launched in 2014, has since expanded its Asian reach, including China, Japan, Singapore and Hong Kong. But it has struggled to enter Korea mainly due to a lack of technological infrastructure here.

Most local retailers use the magnetic secure transmission technology, in which devices such as smartphones emit a signal that mimics the magnetic stripe on a traditional payment card. But Apple Pay works with the near-field communication technology, which is a short-range wireless technology.

To make the best of its exclusive one-year contract with Apple, Hyundai Card is said to have partnered with local network firms and payment terminal manufacturers to jointly develop the NFC payment system for Apple Pay.

Hyundai Card aims to make Apple Pay available for retailers already equipped with the NFC terminals from as early as December before further expanding the system. Some convenience stores and supermarket chains, including E-mart 24 and Costco, as well as Starbucks stores are cited among the first retailers to adopt the service.

A Hyundai Card spokesperson declined to confirm the ongoing talks, saying, “We have nothing to say on the matter at the moment.”

With more major retailers seeking to replace magnetic secure transmission payment devices with NFC due to security issues, and some 30 percent of smartphone users here using iPhone, Apple Pay is expected to gain noteworthy popularity, experts said. But at the same time, Samsung Pay’s market dominance alongside the current lack of NFC devices will act as major hurdles, they added.

“Large retailers will be able to adopt NFC terminals more smoothly, but the systematic revamp will be slower among small businesses due to costs,” said Sohn Chee-bu, an analyst at Korea Financial Telecommunications ＆ Clearings Institute.

“If Apple Pay starts providing transportation fee services, it may attract a wider customer base."