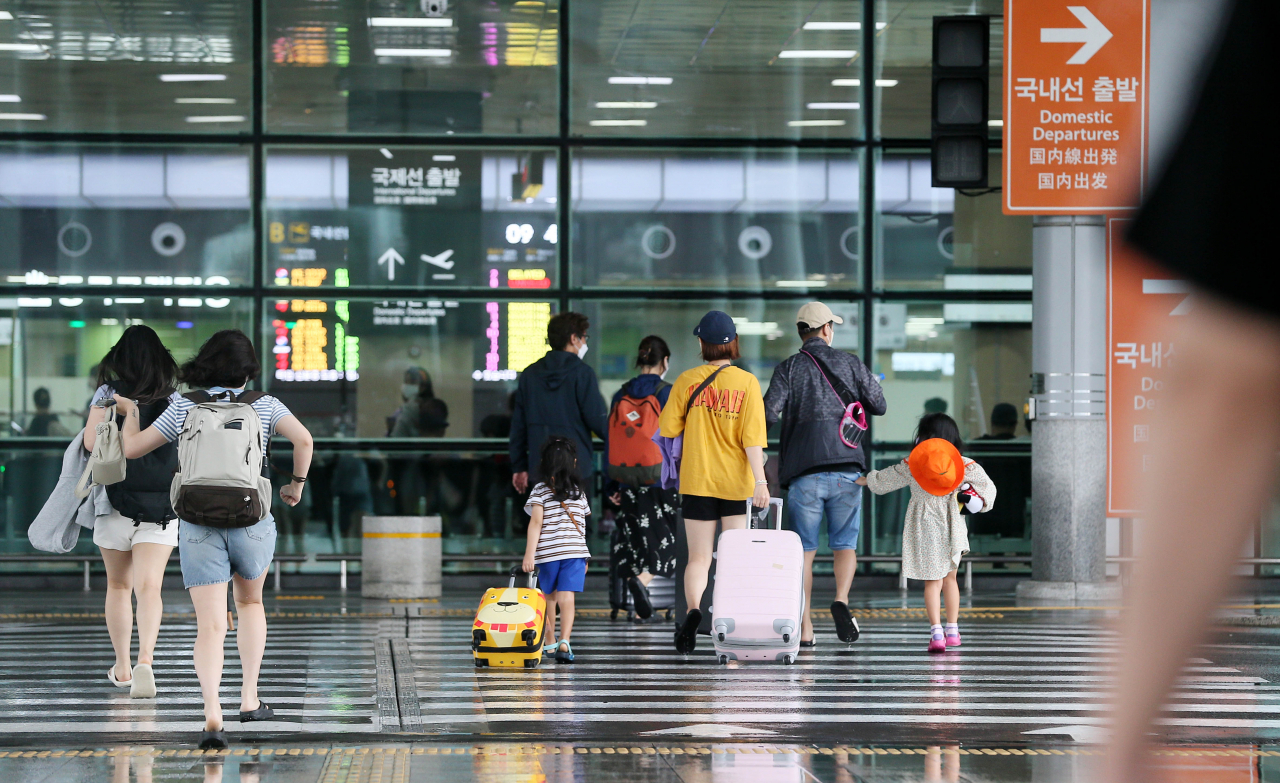 The aviation industry is gearing up to cater an increase in travel demand ahead of Chuseok, the Korean thanksgiving holiday that kicks off Friday.

South Korea’s flag carrier Korean Air is operating two more flights from Gimpo to Jeju starting Wednesday until Sept. 13. These flights are operated using larger aircraft to accommodate 11,000 more passengers, which is a 10 percent increase in the airlines number of seats along that route for the Chuseok holiday.

More than 70 percent of these additional seats have already been booked, according to an official from Asiana Airlines.

Budget carriers including T'way Air and Jeju Air have also augmented around 6,000 seats more for their domestic flights.

In efforts to attract more customers during the peak season, airlines are also providing tickets at a cheaper price.

Jin Air is providing tickets for flights from Jeju to Gimpo with a 10 percent discount and is also offering tickets to other countries at a cheaper price to target those going for a late summer vacation.

Some of the popular overseas destinations for South Koreans traveling during Sept. 8-12 were Bangkok, Guam, and Paris, according to Hana Tour.

“Recent decrease of COVID-19 transmissions and the government scrapping COVID tests for arrivals is expected to further boost travel demands. Even after Chuseok, we have other discount promotions coming for two other holidays in October, the National foundation Day of Korea and Hangeul Day,” said an official from a low-cost carrier.