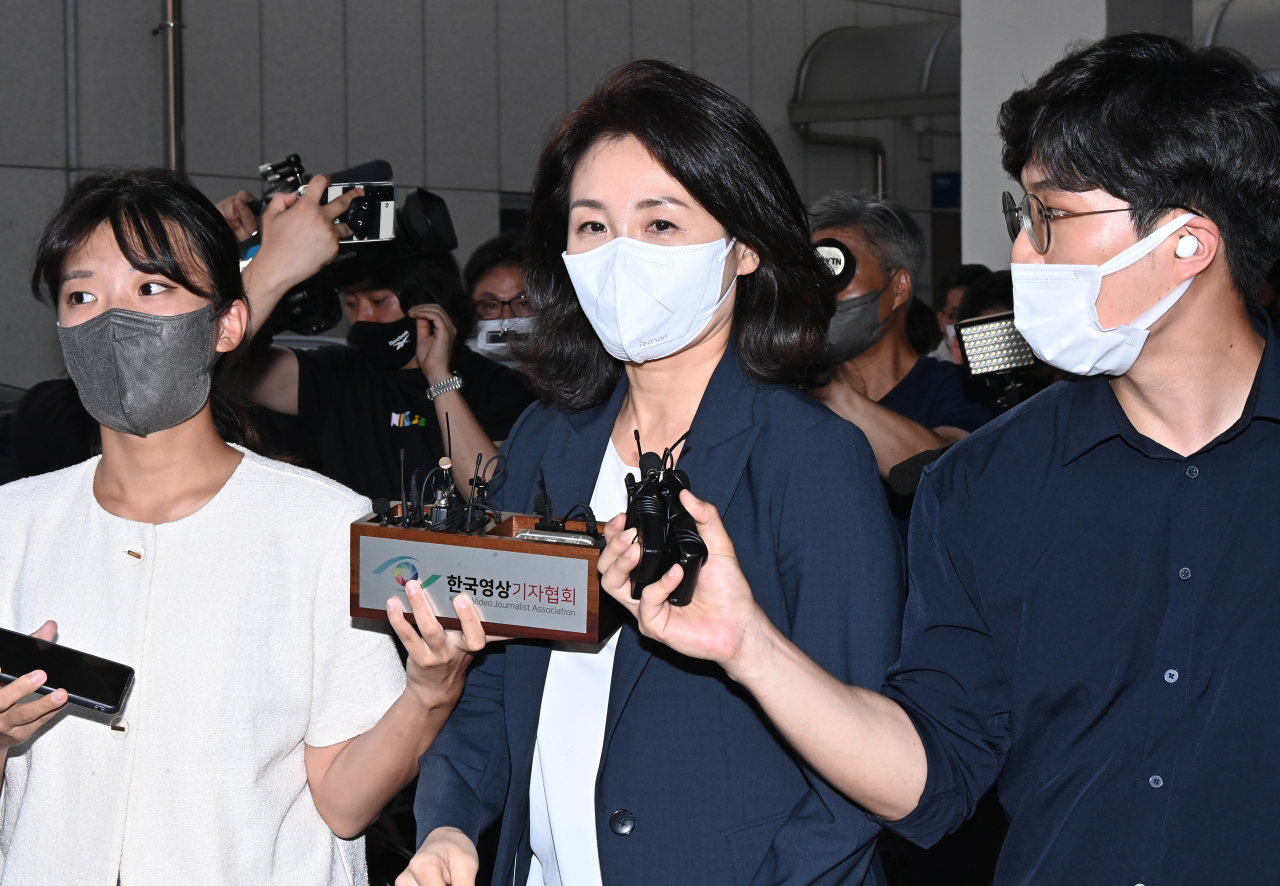 SUWON -- The wife of Democratic Party (DP) Chairman Lee Jae-myung has been asked to appear before prosecutors for questioning about allegations on her personal use of a provincial government's corporate credit cards years ago, informed officials said Wednesday.

The Suwon District Prosecutors Office in Suwon, 50 kilometers south of Seoul, sent the summons to Kim Hye-kyung on the day, the officials said, adding the requested attendance date has yet to be confirmed.

Kim is reportedly facing a charge for an alleged breach of trust, as she is suspected of tacitly approving her former protocol secretary's alleged misuse of the Gyeonggi provincial government's corporate credit cards to buy food for her from July 2018 to September 2021, when her husband was Gyeonggi governor.

The monetary value of alleged corporate card misuse by the former secretary, identified only by her surname Bae, is said to reach 20 million won ($14,850) in more than 150 cases.

Of the total, about 20 cases of alleged corporate card misuse, worth about 2 million won, are said to be directly related to Kim.

Kim also faces a separate charge for an alleged election law violation, as she is accused of providing meals worth about 100,000 won to three figures related to the DP at a Seoul restaurant on Aug. 2, 2021, when Lee was running for the party's presidential primary.

Lee ran for president as a DP candidate but was narrowly defeated by People Power Party candidate Yoon Suk-yeol. Lee was elected as the DP's new chair last month.

Kim was earlier summoned to police on Aug. 23 to face five-hour-long questioning about her credit card misuse allegations and other suspicions. Kim reportedly denied involvement in the alleged corporate card misuse by Bae.

About a week later, a district court rejected the police's arrest warrant request for Bae. The Gyeonggi police then transferred the case to the prosecution at the end of last month. (Yonhap)