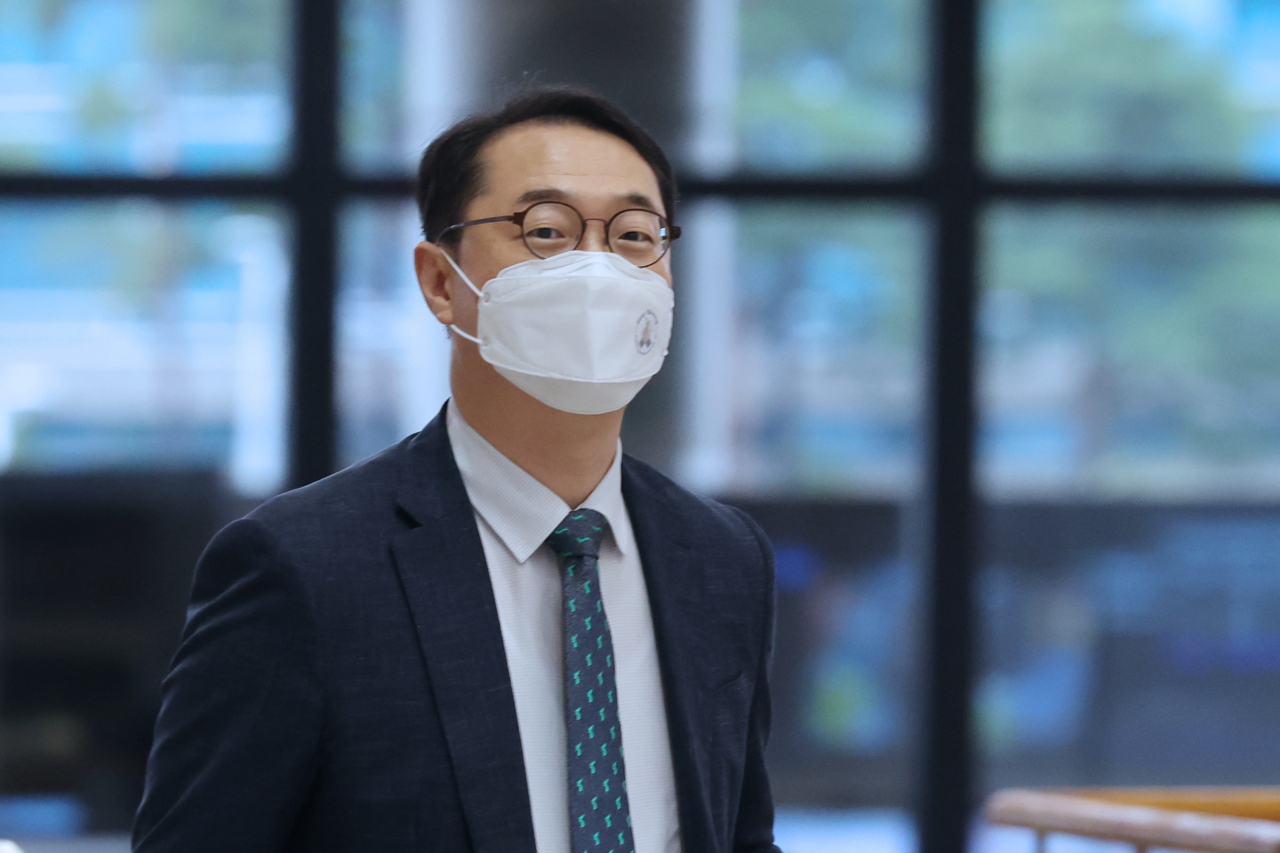 Kim Gunn, Seoul's special representative for Korean Peninsula peace and security affairs leaves for Japan to attend a trilateral meeting with his US and Japanese counterparts, at Gimpo International Airport in Seoul on Tuesday. (Yonhap)
South Korea’s top nuclear envoy took off to Japan to attend trilateral talks with his US and Japanese counterparts on North Korea and its nuclear development on Tuesday.

The meeting planned for Wednesday comes on the heels of a trilateral meeting of the security chiefs last week, as the three countries are seen to be ratcheting up efforts to strengthen trilateral cooperation.

According to Seoul’s Foreign Ministry, the envoys of the three countries will exchange their assessment of the security situation on the Korean Peninsula and discuss possible measures for North Korea’s denuclearization.

Announcing Sung Kim’s trip to Tokyo, the US State Department said the three countries are to discuss a broad range of issues, including their joint efforts for “complete denuclearization of the Korean Peninsula,” in a press release Friday.

The US special representative will also stress the US’ commitment to bringing the North to dialogue for denuclearization, while they take all the necessary actions to address the threats posed by Pyongyang, the press release added.

During his three-day stay in Tokyo, Kim Gunn will also discuss the follow-up measures to promote the South Korean government's "audacious initiative" promising economic benefits to the North in return for steps toward denuclearization, Seoul's Foreign Ministry said.

Kim will hold bilateral talks with his US and Japanese counterparts in Tokyo as well, the ministry added.

The nuclear envoys of the three countries previously met in a group meeting in Bali, Indonesia, in July.

Kim Sung-han said the three countries agreed to “maximize our joint efforts together with international society to make sure the North understands that its seventh nuclear test is a clear mistake.”

The intelligence authorities of Seoul and Washington assess that Pyongyang may conduct a nuclear test this year, as it is seen to have finished the necessary preparations. If the North does push ahead with its nuclear test, it would be its seventh, after the last one in September 2017.

The Korean security adviser also said the reactions of the three countries would “certainly be different from those until now,” if the North carries out the seventh nuclear test.