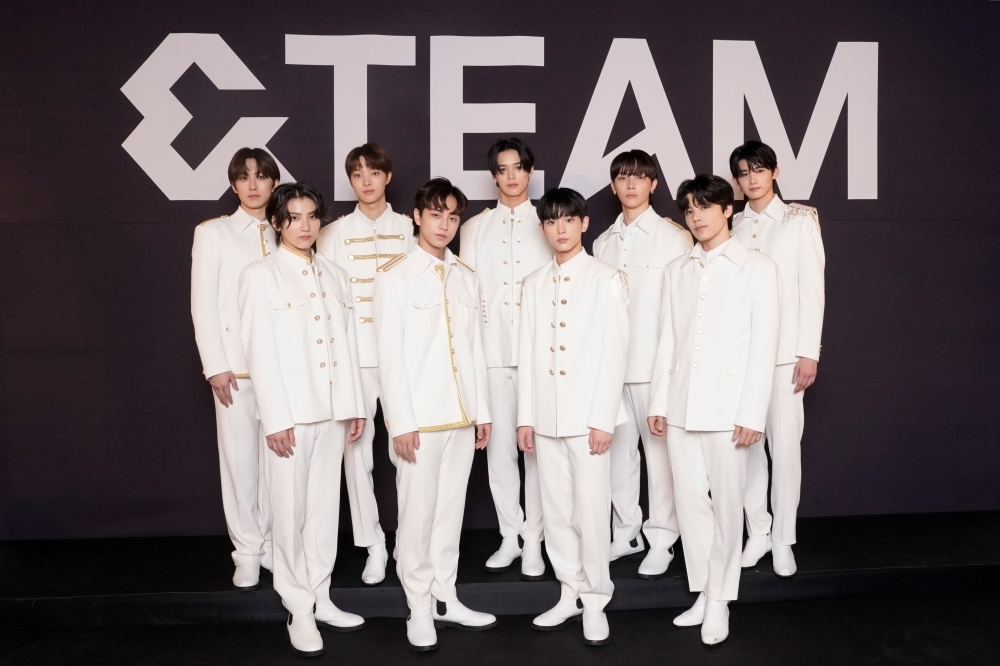 Boy band &Team poses for picture during a pre-debut media event held on Sept. 3 in Japan. (Hybe Labels)
Hybe Labels Japan, the indie label affiliated to the K-pop powerhouse Hybe, is set to launch its first global group in December.

The Japan-based company on Monday said through a press statement that its first idol group, &Team, will make its Japan debut on Dec. 7.

The statement came two days after the band conducted a press event on Saturday in Japan to announce their debut and thank its fans who have waited long for them.

"We wanted to share this joyful news first with our family and fans," the members said during Saturday's event, adding, "We will do all we can to make Dec. 7 the best day."

The bandmates were put together through two different TV audition shows, four members from "I-Land" and five from "&Audition - The Howling."

The other five members were selected via "&Audition - The Howling," a Nippon TV program co-produced by the channel, Hybe Labels Japan and Hulu Japan. A total of 15 trainees of the label competed earnestly to make it into the final five spots on &Team. Fuma, Yuma, Jo, Harua and Maki grabbed the final win during the show's last episode aired on Saturday.

In turning the page to their next chapter, the boys shared their thoughts and feelings about &Team's debut during Saturday's event.

"The time the 15 of us shared is invaluable. The six friends who are not here with us today will continue to strive for their dream, and &Team will work as hard," K said, according to the Korean-language statement released to the local media on Monday.

"We want to be a team that takes our fans and music seriously. To set our goals high, we will strive hard to become a team like BTS who can reach out to the global market and Billboard," K added, referring to their Hybe labelmates and the world's most successful K-pop band.

Harua said, "Hopefully, the nine of us can become one and spread out through our connection '&' with our fans." EJ added, "Hopefully we become a group that can spread good energy to many people."

According to Hybe Labels Japan, &Team brings together nine different members who will connect with people, the world and fans, and furthermore help people and fans connect with one another. The group’s name reflects the members’ ambition to become a "better me" by overcoming their limits by bringing their energy together as a team, the company explained.