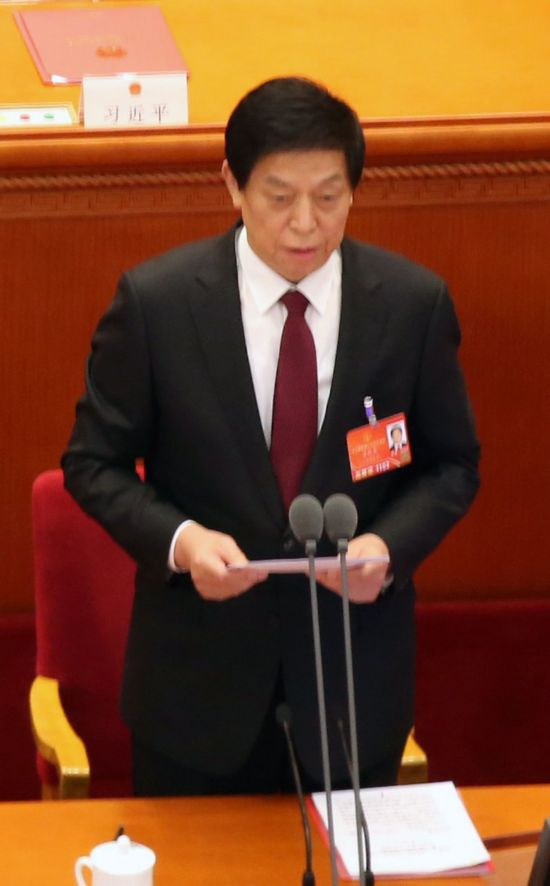 It is part of a four-nation trip by Li, chief of the Standing Committee of the National People's Congress, who is currently ranked No. 3 in the Chinese Communist Party.

He plans to arrive here on Sept. 15 for a three-day stay, leading a large-scale official delegation including four minister-level and three vice ministerial officials.

Li and Kim are scheduled to hold talks on Sept. 16 on various issues, including ways to strengthen cooperation between the two countries' parliaments, as South Korea and China mark the 30th anniversary of establishing diplomatic ties this year, Kim's office said in a press release.

Li may also meet with President Yoon Suk-yeol amid keen attention to when Yoon, who took office in May, will hold his first face-to-face summit with President Xi Jinping.

It would be the first time for China's top legislator to travel to South Korea since a 2015 visit by Zhang Dejiang.

Li is to also visit Russia, Mongolia and Nepal during his upcoming tour to begin on Wednesday, according to Beijing's Xinhua News Agency. He will attend the seventh Eastern Economic Forum in Vladivostok, it added. (Yohap)