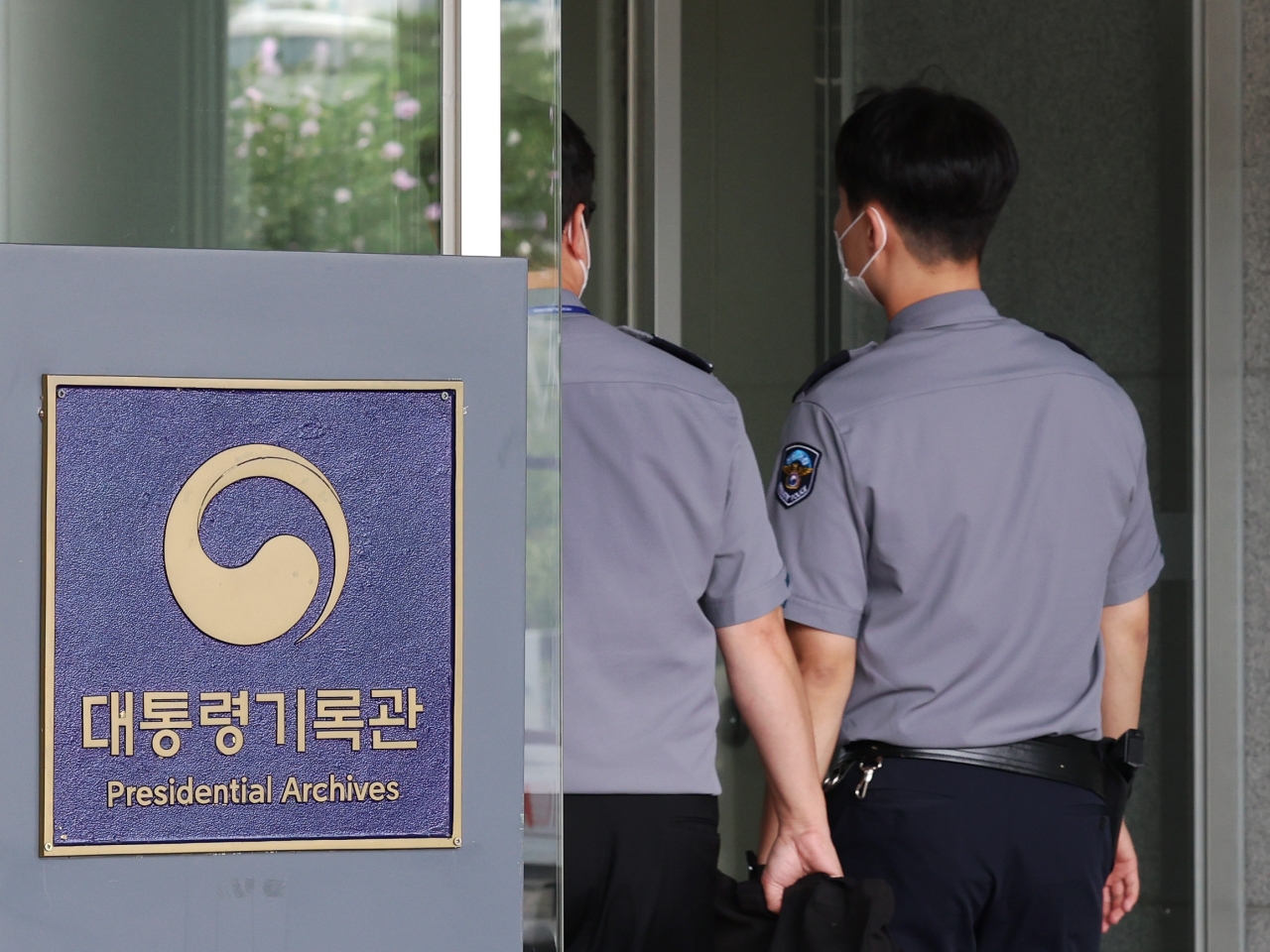 Prosecutors on Thursday searched the Presidential Archive building in Sejong in an investigation into the slain Ministry of Oceans and Fisheries official case. (Yonhap)
Seoul prosecutors on Thursday searched the Presidential Archives in the widening investigation into the case of Lee Dae-jun, a South Korean fisheries official who was fatally shot and burned by North Korean troops at sea in September 2020.

The prosecutors searched the presidential records to look for evidence relating to the Moon Jae-in administration’s determination that the slain fisheries official had tried to defect to North Korea.

As Moon left office in May, his Cheong Wa Dae designated documents and other materials related to the the Lee as presidential records, keeping them confidential for up to 30 years. The designation came in spite of a Seoul court’s earlier decision ordering Cheong Wa Dae to disclose some of the information on the official’s killing to his family.

Park is accused of deleting intelligence that suggested Lee had no intention of defecting to North Korea, and Suh of influencing the Ministry of Defense’s early announcements on the case.