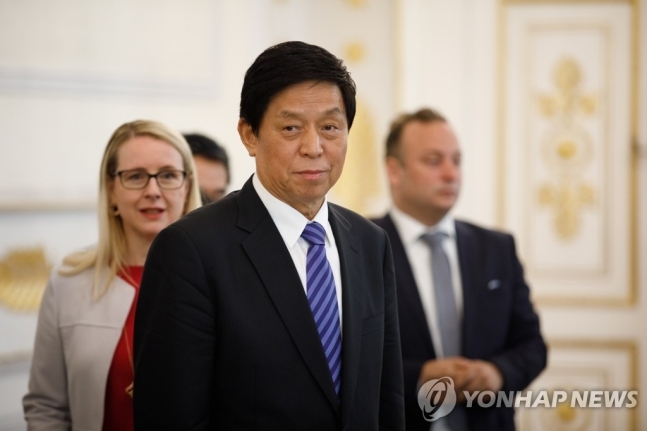 High-ranking Chinese official Li Zhanshu is expected to visit South Korea in the middle of the month to meet with President Yoon Suk-yeol, according to local media outlets citing political and diplomatic sources.

Li, current chairman of the Standing Committee of the National People’s Congress, is the third-highest Communist Party leader. The two countries are reportedly coordinating Lee’s three-day visit to Korea, scheduled to begin on Sept. 15.

Li is expected to hold talks with Speaker Kim on Sept. 16 and discuss ways to cooperate to commemorate the 30th anniversary of establishing diplomatic ties between the two countries.

After the meeting with Speaker Kim, the senior Chinese official is also expected to meet with President Yoon Suk-yeol.

With the visit by the high-ranking Chinese official to Korea, attention is being paid to whether discussions on a Korea-China summit between President Yoon and Chinese President Xi Jinping will gain more momentum.

The last Korea-China summit was held at the Great Hall of the People in Beijing on Dec. 23, 2019, during a Korea-China-Japan summit.

If a Korea-China summit is held this year, it is likely to take place at the G-20 summit in Bali, Indonesia or the Asia-Pacific Economic Cooperation summit in Bangkok.

President Yoon said in a speech marking the 30th anniversary of Korea-China diplomatic relations on Aug. 24, "We look forward to meeting and discussing with President (Xi) in person for the development of Korea-China relations over the next 30 years."