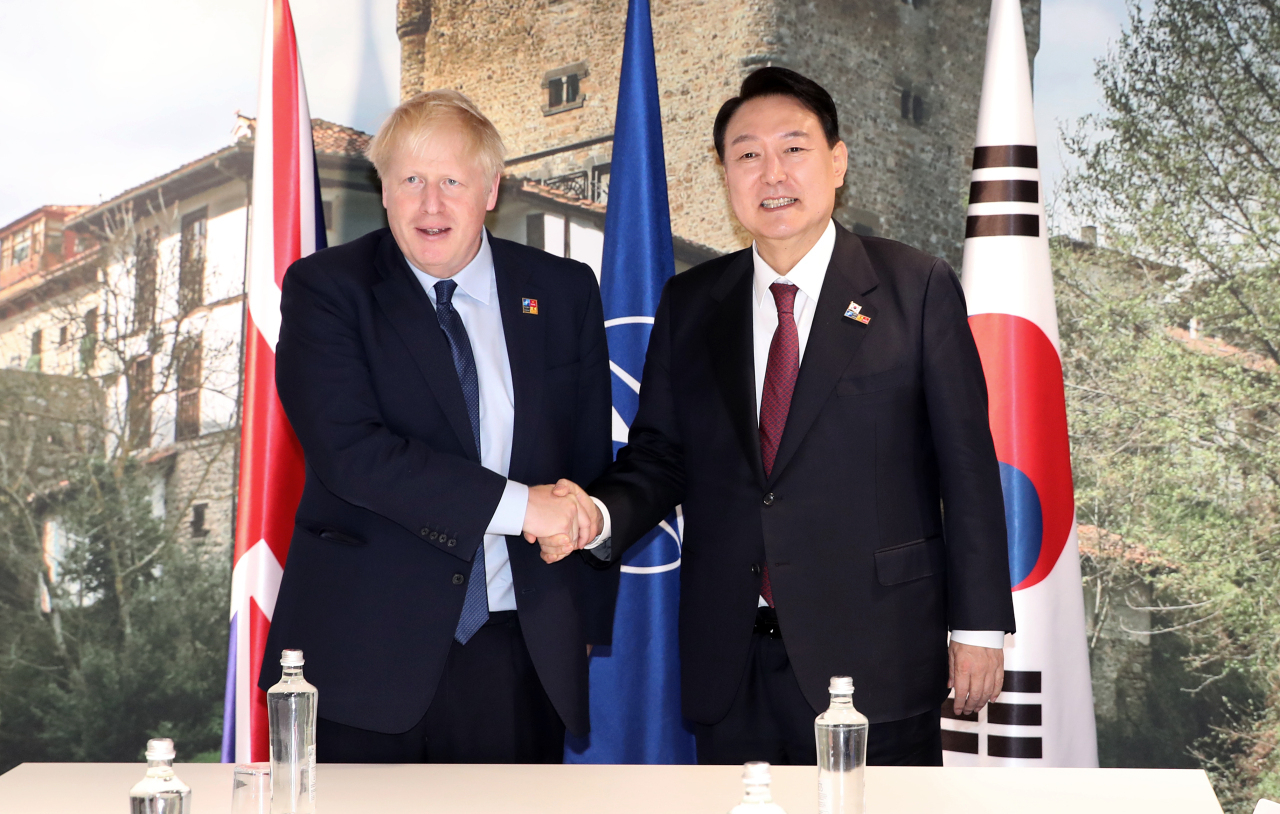 President Yoon Suk-yeol has a bilateral meeting with British Prime Minister Boris Johnson on the occasion of attending the NATO Summit on June 30. (Yonhap)

South Korea called on Britain on Thursday to boost consultations on how to deal with the United States' Inflation Reduction Act that excludes electric vehicles assembled outside North America from tax credits, Seoul's trade ministry said.

Trade Minister Ahn Duk-geun made the request during a meeting with John Whittingdale, Britain's trade envoy to South Korea, in Seoul, according to the Ministry of Trade, Industry and Energy.

The IRA, signed by U.S. President Joe Biden earlier this month, gives up to $7,500 in tax credits to buyers of only EVs assembled in North America. South Korea and European nations have voiced concerns over the discriminatory clauses as their carmakers make their EVs at home for export.

During the meeting, Ahn shared concerns over the adverse impacts of the law with the British official, and sought continued discussions for joint responses between Seoul and London, his office said.

The minister also expressed concerns over Britain's decision to extend a safeguard measure on steel products for two years through 2024 and urged its swift termination to minimize negative impacts on the bilateral trade.

Speaking of their free trade agreement, Ahn voiced hope for the beginning of negotiations to upgrade the deal within this year, the ministry said.

In February, the two sides agreed to launch talks to upgrade the FTA this year in a move to deepen ties in digital trade and other new trade issues.

The bilateral FTA was clinched in 2019 and went into effect in January 2021 in the wake of Britain's departure from the European Union.

Ahn also sought Britain's support for South Korea's bid to host the 2030 World Expo in Busan, according to the ministry.

Whittingdale is in Seoul for his first official visit here after his appointment to the post in May this year. (Yonhap)