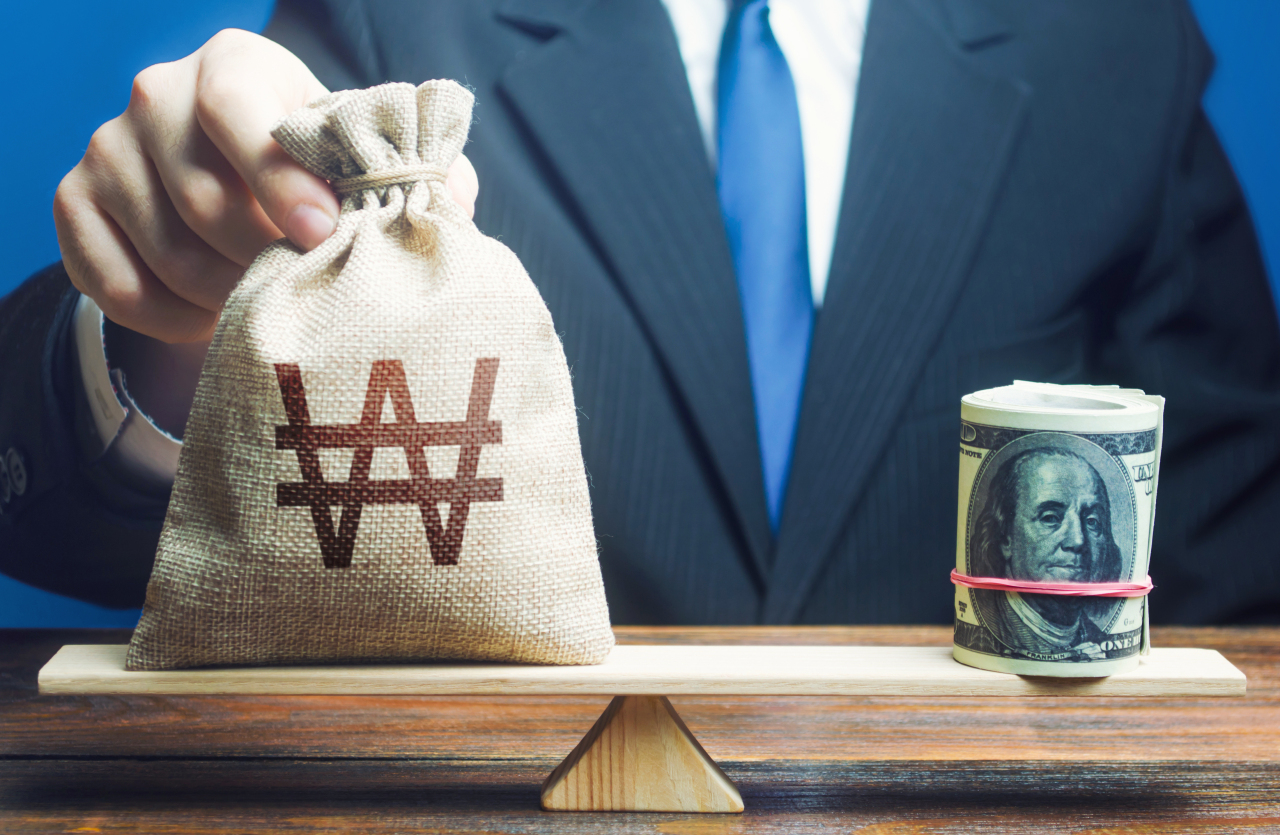 (123rf)
The South Korean won fluctuated sharply Wednesday, reaching a 13-year intraday low at 1,352.3 won per US dollar in the onshore market before closing at 1,337.6, 0.68 percent stronger than the Tuesday’s close, as the dollar continued its rally and the euro pared losses later the day.

The search for safe-haven assets like the dollar is still strong, as investors reassess the prospect for higher US rates in light of a more hawkish tone on inflation set by the US Federal Reserve over the weekend. Fed Chair Jerome Powell backed raising rates and holding them at a higher level until prices are down at the annual Jackson Hole meeting of central bankers in Wyoming.

A warning Korean authorities issued last week just days before the Jackson forum, saying they would arrest the decline in the won if necessary, quickly wore off in the face of Powell’s resolve. Crossing the key psychological threshold of 1,300 won per dollar is considered a red flag for the export-led economy because higher import bills, chiefly involving oil, would offset any gains in exports.

But the won recouped losses later the day as the euro rebounded on speculation that the European Union could intervene in its energy market to tame surging electricity prices.

European Commission chief Ursula von der Leyen said Monday preparations were underway to not only decouple the price of power and gas, but change the way electricity prices are set. Gas prices in Europe are set to hit double-digit gains at the end of August as Russia cuts supplies to the continent -- a move the EU chief executive has called “blackmail.”

Remarks from Korea’s top financial regulator helped to further calm the jumpy currency market. The vice chairman of the Financial Services Commission, Kim So-young, said his agency would be “proactive” in handling expanding volatility and responses to it will be “swift.”

Mixed economic signals will fuel market volatility for some time, analysts said, referring to the latest data from the Bank of Korea on foreign currency bank deposits.

A central bank official said the increase in the deposits reflects growing expectations that the greenback will be strong for the time being – a projection shared by not only consumers, but also businesses, which were holding off on their sell-off amid the rapid dollar appreciation. The July increase in deposits marks a shift from a drop in June, when deposits fell $2.11 billion from a month earlier.