Convenience store chain 7-Eleven said Wednesday it has sold more than 250,000 rolls of its recently launched Digimon Bread in a week.

The pastry comes with a sticker of one of 182 characters from the Japanese anime television series “Digimon Adventure” -- a key rival of the Pokemon franchise -- which was first released in 1999.

“Currently, our chain stores stock four rolls of Digimon Bread every day, and they are immediately taken off the shelf as soon as they are displayed,” the company said. Since the launch, August sales of overall bread products have jumped twofold compared to last year, it added.

On Instagram, there are more than 500 Digimon Bread hashtags featuring the retro series, sharing stories of how the users managed to buy them, or pictures and videos of opening the pastry package. 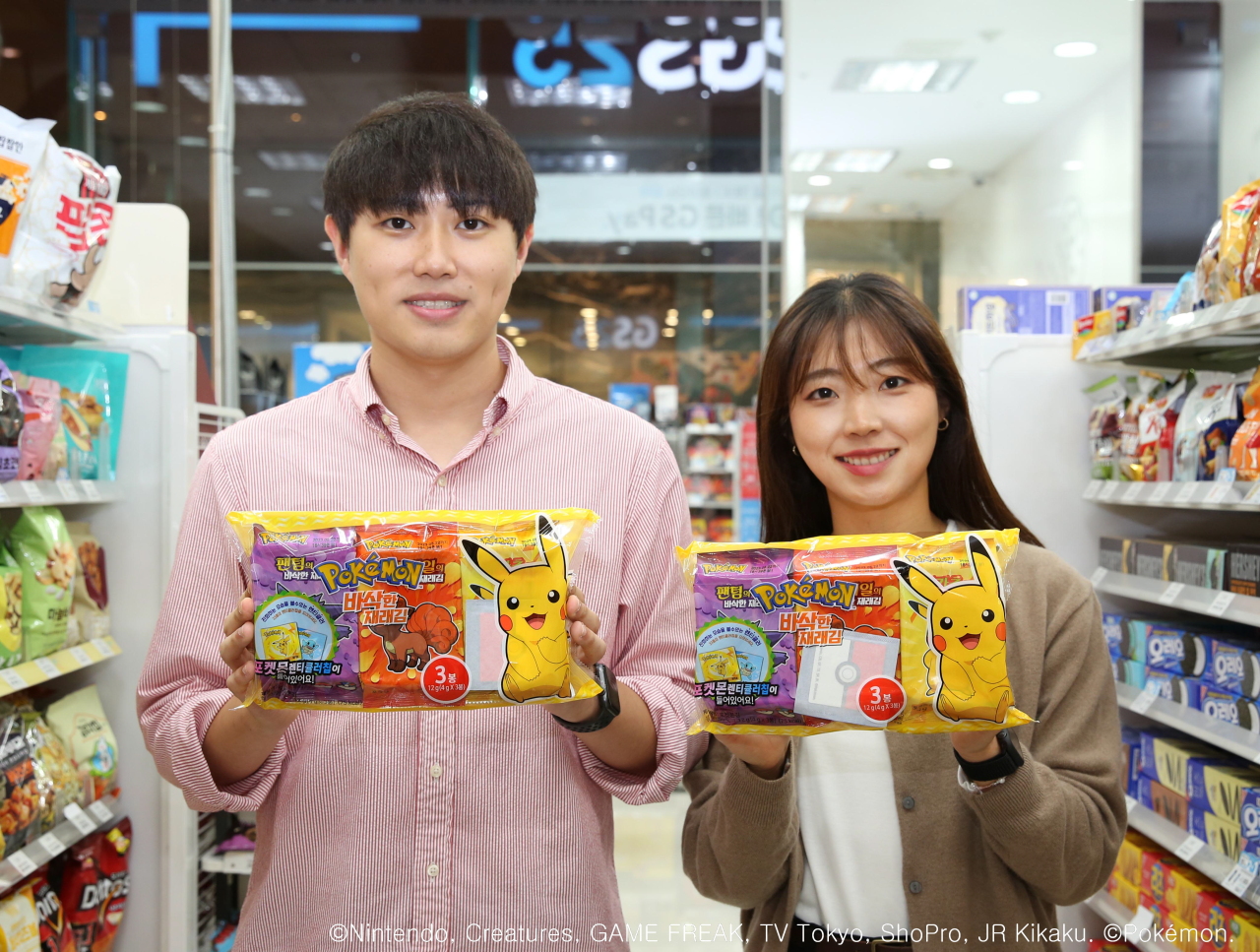 For instance, if a consumer tilts the 3D image chip, Pikachu changes to Raichu, Charmander to Lizard and Squirtle to Wartortle.

“Dried laver is one of the most popular side dishes and especially kids’ favorite food. We think our product will create an interesting synergy with the recent Pokemon boom,” said Lee Chung-ho, a merchandiser at GS25.

“Before the recent Pokemon craze, we have prompted the character bread syndrome since November. Our new bread products and characters will provide a ‘funteresting’ (fun and interesting) experience to customers,” said a CU official.

Since its launch in February, SPC Samlip has sold more than 70 million packs of the Pokemon Bread series as of August.

The pastry series has tapped into the nostalgia trend among its dedicated fan base, along with the desire of millennials and Generation Z -- those born in the 1980s up to the 2010s -- to collect retro or limited items. In particular, it has prompted a boom for kids and adults obsessed with collecting character-engraved stickers inside bread packages.