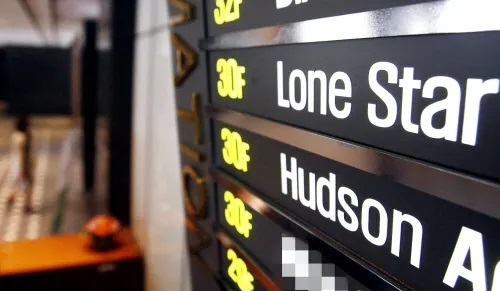 This photo taken in 2006, shows Lone Star`s now-closed head office in Seoul (Yonhap)
An international dispute settlement body’s order Wednesday that South Korea must pay a “smaller-than-expected” $216.5 million to Lone Star may seem like a reasonable resolution to a decadelong battle between the government and the US-based private equity firm.

But the verdict and the 10-year-long battle itself have revealed flaws in Korea’s financial and legal system that must be fixed before it can make the progress it aspires to, experts said.

“The dispute has raised the question on whether Korea’s legal and financial system -- which has remained largely unchanged for the last decade — are on par with the global standards,” Lee In-cheol, CEO and chief analyst of Real Good Economic Research Institute told The Korea Herald on Wednesday.

“The South Korean government has a habit of getting excessively involved in the mergers and acquisition process between overseas hedge funds and local businesses by heavily involving taxpayers’ money. This can give grounds for overseas firms (to claim) that the government’s excessive involvement in the ‘reselling’ process created major hurdles, eventually backfiring on Korea,” he added.

Lee said the Korean government’s “excessive involvement” is also reflected in the ongoing dispute between US activist fund Elliott Management and Seoul over a controversial 2015 merger of two Samsung affiliates following Elliott’s loss in a proxy battle to block it.

“There was government involvement and pressure in selling the then-troubled Korea Exchange Bank to Lone Star amid controversy that the Korean law forbids sell-off of banks to private equities – Seoul will have to scale back on this from now on,” Lee, former economy reporter-turned-analyst said.

With South Korea aiming to become Asia’s next financial hub, experts also called for transparency in the international dispute settlement process through policy reforms in line with international trade and business standards.

“The investor-state dispute settlement suit with the Washington-based International Center for Settlement of Investment Disputes has officially remained classified for the last decade, technically leaving many people in the dark,” said Jun Sung-in, an economics professor at Hongik University.

“It was unusual because all the cases I’ve seen on the ISDS website were open to the public. There were some leaked information in between, but the case overall lacked transparency, which is not in line with Korea’s efforts to become a financial hub.”

Meanwhile, Korea’s Justice Ministry expressed regret over The ICSID’s latest verdict, saying that it would consider filing for the cancellation or suspension of the $216.5 million compensation.

Industry insiders expect the then government officials that approved Lone Star’s acquisition of the now-defunct KEB in 2003 to be questioned by the current authorities. Incumbent Finance Minister Choo Kyung-ho was involved in the government’s approval process. He and Financial Services Commission Chairman Kim Joo-hyun were both senior officials at the regulatory body in 2011 when Lone Star was in negotiation with Hana Financial Group for the resale of KEB.

Other than the Lone Star dispute, Korea is currently involved in a total of six cross-border disputes including the one with Elliot.

The ICSID’s verdict comes 10 years after Lone Star filed a suit against the Korean government in November 2012, seeking $4.68 billion in compensation. Lone Star claimed that the financial authorities here botched its initial plans to sell a controlling 51 percent stake in KEB – which it bought for 1.3 trillion won ($1 billion) in 2003 -- to HSBC in late 2007.

It took eight months for the FSC to assess and approve the request filed by Lone Star in November 2007 to sell off its stake in KEB to HSBC. But by then, HSBC had backed off due to risks stemming from the 2008 global financial crisis, and the stake was sold to Korean financial giant Hana Bank for 3.9 trillion won in 2012. The US private equity firm believes that it could have gained more from the canceled deal with HSBC.